Shemini: The Miracle of Flying Fish

The Miracle of Flying Fish
The Weekly Torah Portion of: Shemini

After describing the inauguration of the Tabernacle on the eighth day, the weekly Torah portion of Shemini (“eighth”) continues to discuss general laws pertaining to all times–even when the Temple is not standing. One of the most important of these topics is the dietary laws.

The Connection Between Sacrifice and Eating

As we have learned in the previous Torah portions, the word for “sacrifice,” korban, means to come close. When a person brings a sacrifice to God, he must awaken in his heart the willingness to give himself, or part of himself, to God. This brings him close to God, and enables him to receive the calling to go out and bring others close to God.

When the altar consumes the sacrifice, atonement is achieved for the bearer of the sacrifice. Likewise, when the priest eats of the sacrifice, this effects atonement for the bearer as well. Ultimately, the inspiration that we receive from the Temple, even when it does not stand, is that we should eat in a holy manner. Food contains many holy sparks of souls, and sometimes, even reincarnations of souls. When we eat food in holiness and according to all the dietary laws, we can atone for the reincarnated sparks or souls in that food. The food that is permissible for us to eat according to the dietary laws is the food that we are capable of elevating. Food that is prohibited is food that we cannot elevate.

You Are What You Eat

The foods brought as sacrifices in the Temple were only representative of the much wider range of foods permissible to eat according to the dietary laws (kosher food). Although fish is not sacrificed in the Temple, it is a very important factor in our diets, particularly appropriate as part of the festive Shabbat meals. While the scholar who studies the revealed portion of the Torah is likened to a land animal, the fish that swim in the water represent the scholars that study the inner dimension of the Torah. If a person desires to sharpen his mind to learn the revealed portion of the Torah, it is recommended that he eat meat. If he wishes to sharpen his mind for the study of the concealed part of the Torah, it is recommended that he eat fish. In Kabbalah we are taught that the souls of great tzaddikim (“righteous ones”), are present in fish more than in any other type of food. When we eat fish in holiness, we incorporate the holy spark of the tzadik (“righteous”) within ourselves, transforming ourselves to holy fish.

The Torah in the portion of Shemini identifies the two determining factors in a kosher fish as fins and scales. Our sages define fins as what makes it possible for the fish to swim. The scales are like the fish’s armor. They are small, overlapping shells. The sages point out that every fish that has scales will automatically have fins.

This leads to an obvious question. We know that the Torah contains nothing superfluous. If every fish that has scales has fins, why does the Torah specify fins? Our sages explain that there is no reason to specify the fact that fish have fins other than to “make great and enhance the beauty of the Torah” (Yagdil Torah v’ya’adir). King Solomon built a pool of water at the Temple, representing the sea of Torah. Rabbi Akiva likened the Jewish people to fish swimming in the sea of Torah. There is an intrinsic link between fish and the essence of the Torah, which specifies fins for the sole purpose of enhancing and beautifying itself.

Furthermore, the Hebrew word for “enhance” is l’ha’adir, which shares a root (alef, dalet, reish) with the Hebrew month of Adar, whose mazal (“zodiac sign”) is the fish. In addition, l’hagdil, “to make great” also contains the Hebrew  letters dalet, gimel, which spells dag (“fish”).

Nachmanides makes another interesting observation about fins and scales. He points out that fish with fins and scales usually swim close to the surface of the water, thus experiencing air and water simultaneously. This is what makes them kosher. Fish that do not have fins and scales live closer to the seabed, and are more liable to illness, rendering them unfit to eat both physically and spiritually.

On the fifth day of creation, God created the fish and the birds. From this we can learn that there is something very similar that connects the fish to the birds. Our Sages use the same word (shat) to describe both the “flight” of birds in the sky and the “swimming” of fish in the sea. Both are flying in their own medium. Just as a bird without wings can be kosher, a fish with scales whose fins are not apparent is also kosher, as we know that essentially it must have fins. Flying is the extra bonus of the bird or fish. It is the beauty and joy of life–the unique experience that makes life worth living.

To Receive and to Innovate

There are two dimensions to Torah learning. One, called bekiut, is the study of all the Torah that has been revealed to date. The point of this type of study is to become expert in as much Torah content as possible, while repeatedly reviewing and honing the subject matter. This receiving, either from teachers or from books, is likened to the scales of the fish–the shells whose purpose is to develop fruit. It represents the totality of all the heretofore-revealed parts of the Torah.

The fins–the ability to fly–represent the ability of the soul to reveal Torah innovations. Every Jewish soul has new insights and innovations–the soul’s portion in the Torah–that only it can reveal. This ability to reveal new insights is swimming in the sea of Torah. To innovate is to fly. These innovations are the fruits of the shells of the Torah, the beauty and joy of Torah study.

The Miracle of Bearing New Fruit

The word for “fin” in Hebrew is snapir, which permutes to nes pri, “the miracle of fruit”–the miracle to be able to bear new fruit. Its numerical value is 400. 400, is a perfect number (20 squared).

In addition, the sum of the first letters of snapir and kaskeset—samech and kuf, is 160, one tenth of the sum of both words, 1600. This is the same phenomenon that we saw in last week’s Torah portion of Tzav, alluding to the manifestation of God in all ten conscious levels of the soul.

Our sages say that whoever has scales–whoever learns the laws of the Torah–will always have fins–will always be able to innovate and “fly.” For every law that he learns, he will receive three innovations, perfect as the perfect 400. Each of these innovations is a miracle–the fruit that has developed as a fetus in the holy shell (revealed portion) of the Torah. 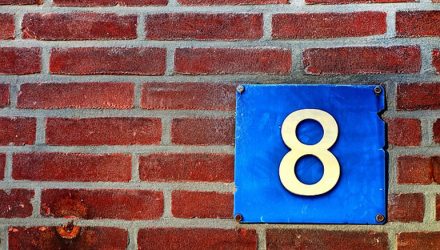