Born in the Podolian province of western Ukraine, the Ba’al Shem Tov devoted the early part of his life to helping ease the physical and spiritual distress of his fellow Jews while at the same time delving into the mysteries of Kabbalah with a fraternity of mystics, theNistarim. In the year 5494 [1734], he revealed himself as a Kabbalist and healer and proceeded to found a popular movement that was to reinvigorate the spiritual lives of Jews all across Eastern Europe. This movement came to be known as Chassidut.

The Ba’al Shem Tov’s teachings emphasize those components of man’s inner experience that correlate with the supernal forces discussed in classical Kabbalah. Hence, he advanced Kabbalistic contemplation beyond the realm of philosophical abstraction and into the sphere of immediate psychological insight.

The Ba’al Shem Tov’s desire to proceed beyond Kabbalistic convention and forge a new path of service finds expression in the following story: It is told that the Ba’al Shem Tov once resorted to the use of a Divine Name in order to cross an impassable river, only to regret what he considered to be the unnecessary employment of a supernatural Divine power. After spending many years doing atonement for that one act, he once again found himself at the edge of a raging stream and crossed it by resorting to no more than simple faith.

It was this resource of faith, accessible to every Jew, which the Ba’al Shem Tov sought to tap in daily life. In the process, he distilled the essential spirit of Kabbalah, enhancing both its relevance and impact.

The Ba’al Shem Tov’s supreme desire was to bring about the ultimate purpose of creation –the days of Mashiach – when our world will be a dwelling place for God’s absolute essence. This, the culmination of the revelation of Kabbalah, is the teaching of Chassidut. 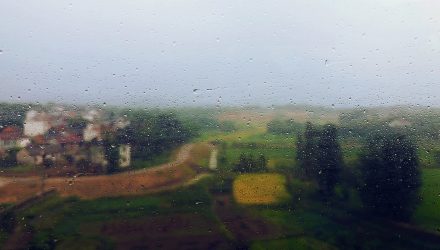 When the Ba’al Shem Tov was about ten years old, he was already a member of the company of hidden tzadikim. At seventeen years old, his holy

Translated and excerpted from Rabbi Ginsburgh’s book, ‘Or Yisrael,’

The Key to Chassidut and Ov...

The key to Chassidut and overcoming confusion Translated from

A Nation that Dwells Alone (an...

The last verse in the