19 Kislev and Electing a Leader 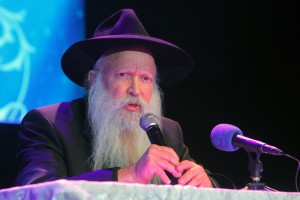 On the 19th of Kislev we commemorate Rebbe Shneur Zalman of Liadi, the Alter Rebbe’s release from prison in czarist Russia and all charges against him were dropped. It is the practice of Chabad chassidim to celebrate this date as Rosh Hashanah (the “New Year”) of Chassidut). But, what is it that makes Yat Kislev (19th of Kislev) such a momentous occasion?

All you need to know about the Chassidic revolution and its implications today.

If we were asked to pick an historical event to pinpoint the initiation of Chassidut, we might be inclined to choose the Ba’al Shem Tov’s birthday, or the date when Rebbe Shneur Zalman completed writing the Tanya, or some other similar occasion. Why, then is it that Yat Kislev, the day of Rebbe Shneur Zalman’s release from prison, has become the traditional date that marks the beginning of the Chassidic year?

Rebbe Shneur Zalman and his followers explained that the charges held against him, and his subsequent imprisonment, were the physical manifestation of spiritual prosecution against him in heaven for publicly disseminating the secrets of Chassidut. Similarly, they saw his release from jail as a sign that the Heavenly tribunal had cleared him of all charges. This begins to answer our question, but we need to delve deeper into the special implications of commemorating his release from prison as a full-fledged festival that marks the beginning of the new Chassidic year. How, for example can we compare this event to the Divinely ordained festival of Rosh Hashanah, the beginning of the new Hebrew year that we celebrate on the first day of Tishrei?

The sages state further that on Rosh Hashanah the Matriarchs, Sarah and Rachel, as well as the Prophetess Hannah were blessed with children. Infertility is a distressing phenomenon that goes against the grain of nature, but childbirth sets reality back on its natural course. Thus Rosh Hashanah, when the world is “reborn” as it were, is an auspicious time for correcting deficiencies in nature. Infertility is a hindrance to fruitful expression and is comparable to the limitations to free speech that are incurred by imprisonment. Similarly, on Yat Kislev, when he was released from prison, Rebbe Shneur Zalman regained his right to speak his beliefs freely.

In addition, it was on Rosh Hashanah that the Jewish People in Egypt were released from active slavery to Egypt. Enslaving an entire nation is a severe violation of human rights and its annulment (even before the Exodus) returned the Jewish People its right to exist as a free nation.

By comparison to these last two events that are commemorated on Rosh Hashanah, Joseph’s release from prison not only removed an obstruction or corrected a social bias – it was a veritable revolution! Joseph was not only released from jail to return to life as a regular citizen, he immediately became second-in-command to King Pharaoh himself. A downtrodden prisoner in the Egyptian jail suddenly turned into the undisputed sovereign of the entire Egyptian Empire.

This revolutionary dimension of Rosh Hashanah is particularly fitting for the Chassidic Movement, which generated a complete shift in social standards. It elevated the simple Jew from the lowest of the low to grant him a new place of honor that sometimes made him more precious than the most prestigious Torah scholars; it initiated the dissemination of the Torah’s innermost mysteries and turned them into a vibrant focus of daily life for the general public; it redirected the course of Judaism from an accelerating decline to a new era of hope and growth that ultimately leads to the revelation of Mashiach; it began a revolution that proclaimed that the era of asceticism has passed and the time has come to rectify the physical body and the world at large by uniting body and soul in harmony. The Chassidic revolution avows to turn darkness into light and bitterness into sweetness, and its ultimate goal is to turn exile into redemption, as Rebbe Menachem Mendel Schneerson publicly declared, “Revolutionize the world today!!”

From Prisoner to King

Joseph’s release from prison directly to the throne of royalty is not a coincidental example of an extreme transition from rags to riches. It reflects a genuine and absolute change in world order that is certainly worthy of the name “Rosh Hashanah.”

From his youth, Joseph, the “Dreamer,” was a potential leader, but that itself was the cause of his brothers’ jealousy, so much so that they couldn’t bear his presence. The righteous leader challenges existing reality, and there are only two possible places where he can freely express his opinions: either in a bare prison cell, or on the throne of royalty.

Anyone who suffices with the limitations that reality as is, might find themselves a realistically comfortable seat somewhere in the middle row, interjecting here and there and perhaps succeeding in making a few cosmetic changes. But, a tzadik who has a completely revolutionary vision, and has prepared an agenda to manifest it in reality, undermines the very foundations of the current course of history. Under such circumstances, the current leadership does all it can to stop him in his tracks, and repress his progress, even to the extent of incarcerating him in prison. The release of a righteous leader such as this from jail is direct proof that reality has matured enough to accept his teachings and follow his leadership to realize his mission.

Then and Now: Jail—The Sure Sign of a Future Leader

Rebbe Shneur Zalman, the Alter Rebbe, was thrown into jail on false accusations of rebelling against the Communist regime in Russia, supporting Jewish settlement in the Land of Israel (then occupied by the Turkish enemy of the Czar) and founding a “new religion. The only grain of truth in the claims against him is that the Alter Rebbe methodically formulated Chassidic teachings in his book, the Tanya (to the extent that the Tanya is considered the “written law” of Chassidut), thereby truly creating a new world order. His imprisonment was the Czar’s reaction to this new light, and in many ways, it spotlighted the Alter Rebbe as the leader of the Chassidic revolution. His release from prison proclaimed the beginning of a new era, in which the newly organized Chassidic methodology would now lead the way to genuine change.

These lines were written in the week when the “imprisonment” of the Od Yosef Chai yeshivah complex was extended for an additional six months (and to the tune of a demonstration against the activities of the Torat Hanefesh School of Jewish Psychology according the teachings of the Ba’al Shem Tov, one of the most spectacular reflections of the applicability of Chassidic teachings today). Where does current leadership in Israel find the impetus to act so disproportionately – in ways that are not even used against those sworn enemies who attack us morning and eve – against those who ring out the clear and sober voice of the Torah?

It doesn’t take much contemplation to identify the fact that these acts come from a – perhaps unconscious – sense that the philosophy articulated by these institutions cannot be ignored; that this is an approach that challenges the situation and offers a new, different and genuinely Jewish agenda that is capable of rectifying it. In Hebrew, a leader is sometimes referred to as “the spokesperson” of the generation. His power is in his clear voice, which like the entire Chassidic revolution, issues forth with the power of love for the Jewish People, without using any force. However, this is the very same voice that the current leadership feels must either be suppressed—or else, the throne of leadership must be freed for it to be delivered unequivocally. Ironically, their actions indicate clearly where the future leadership is being nurtured, and they also demand that we continue to speak out louder, clearer and more precisely than before, as we disseminate the Torah’s directives and its inner dimension. It is only a matter of time before these very ideas, once freed from the confines that are erected to hinder them, will turn from prisoner to king.

In this spirit, we invite everyone to the Yat Kislev gala event, to feel for themselves the powerful joy of a true Chassidic revolution, and we wish you all:  Gut yom tov! May you be inscribed and sealed for a good year in the study of Chassidut and the ways of Chassidut. 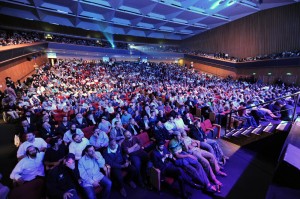 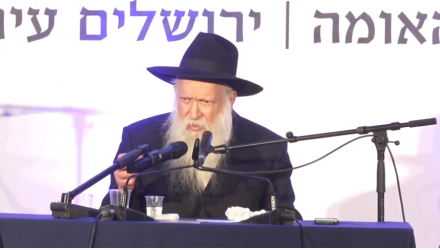 Empowering our Present with...

Why did our souls come down to earth? Rabbi

The Alter Rebbe, the Jailer...

A story for the 19th of Kislev, the day

Much can be said about Rabbi Shneor Zalman, the