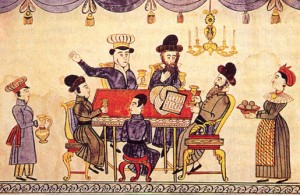 Who is the most important person at the Seder table? With all due respect to dear mother who took such great pains and “made it happen”; to father who sits at the head of the table; to Grandpa and Grandma, who brought all the presents; and to all our dear guests, there is no doubt that the real stars of the show on this auspicious night are the children. From the moment they begin to understand what is happening, everyone dances around the children, cajoling them into sitting around the table, and trying to spoon-feed them the Haggadah and the story of the Exodus from Egypt.

The fact is that the entire Haggadah is related as a reply to the children’s epic question, “Why is this night different…?”[1] and the father answers, “We were slaves…” But, even if there is no child available, someone has to play the part of the “child”: “If he has no child, then his wife has to ask him, and if he has no wife, he should ask himself what is different. And even if there are only two Torah scholars at the table, both of whom are fluent in the laws of Passover, one should ask his companion what is different.”[2]

One child is enough to ask “What’s the difference…,” however, not far on in the Haggadah, we read that “The Torah spoke with reference to four sons, one wise, one wicked, one simple and one who does not know how to ask.” The leader of the Seder is not confronting a homogenous unit, but has to tackle four different character types simultaneously, tailor-fitting his replies to each of them: “Depending on the mental capacity of the child, the father teaches them.” That means that the Seder night is a lesson in the art of education, “Educate the lad according to his nature.”[3]

Some people feel anxious when confronted by a multitude of children with a multitude of different characters and they would prefer them all to look the same. But, a genuine parent or educator isn’t daunted by the prospect, and he is happy to see that each of them has their own special “color.” Oy-va-voy if all our children and students were carbon copies of each other! In Kabbalistic and Chassidic terminology, as long as the psyche remains undeveloped, it is considered to be in an embryonic state, within its mother’s nurturing womb, when its unique characteristics remain unexpressed. But, after birth, the psyche matures through two more stages and that’s when the differences between children become more apparent. The Exodus from Egypt is the birth of the entire Jewish People, which is why as soon as we begin relating the story of the Exodus, we notice that there are four children, each of whom has his own unique story to tell.

A Tough Nut to Crack

How should we relate to each of the children? How should we relate to them all together? First, we need to pay attention to the positive aspects of each one of them and know that however they may [mis]behave, “They are all called children.”[4] Whether a Jew is a sinner and a criminal, no matter how far they have diverted from the Torah way, even if they have completely abandoned the yoke of the mitzvot and even if they no longer behave like a Jew, nonetheless, they will always be regarded as God’s child. True, we tell the wicked son, “If he had been there, he would not have been redeemed” but, when all is said and done, he is right here with us, and we are promised that, “Even the most distant will never be abandoned.”[5] Since God brought us to Mt. Sinai and gave us the Torah, no Jew will ever again be lost.

Once we have done so, we need to recognize each of our children’s unique qualities, taking note of what interests them the most, and sensing how we should react to them correctly. Three of the children have a relatively simple diagnosis: the wise child asks a detailed scholarly question, “What are the testimonies, the statutes and the laws that Havayah, our God has commanded you?” The wicked child asks defiantly, “Of what significance is this service to you?” and the simple child (who in some sources is referred to as “unintelligent”[6]) asks simply, “What’s that?” Each of these children can be identified by the type of question they ask, as explained in Chassidut that the phrase, “What are they saying” means that a person is what they say, i.e., their true essence can be identified through their speech. However, what happens when we get to the fourth child, who just sits stubbornly in silence as if they weren’t present at all? Don’t despair of them either! “And the one who doesn’t know how to ask, open the way for him.” He might be a tough nut to crack, but on Pesach we like eating nuts…

The silent child is a riddle. What is the genuine reason for their silence? Is it because they really don’t know how to ask, or because they don’t want to ask? Do they really have problems expressing themselves even more than the simple son? Or maybe they don’t even take us into consideration, and inside, they think like the wicked child? On the other hand, he might stay silent because he is a quiet, introverted type. That’s also not the optimal state, because, “A shy person cannot learn,”[8] meaning that they need to be encouraged to speak, to persuade them to express their thoughts even if they are negative, the purpose is to find something to grasp so that we can begin a conversation with them. In any case, we must never judge this child according to first impressions or label them with a stigmatic tag. All options remain viable, which is why we can allude to the answer to the wicked child in our reply to the child who doesn’t know how to ask, because maybe they too think like the wicked child and also need a “barb” to incite them…  This is just one possible allusion, but the literal explanation of the verse is not said as criticism to the child but, “God did for me” your father, when I was there myself and you can either choose to join me or stand up against me like your brother the wicked son.

The child who doesn’t know how to ask is apparently very common, in fact, they can be found to some extent in each and every one of us. In our generation, we can perceive the four children as four Jews, each of whom has a different approach to Judaism. The wise child is the one who is deeply ensconced in Torah and mitzvot and takes a detailed interest in every aspect of the commandments and their rationales, “What are the testimonies, the statutes and the laws?” The wicked one is angry and defiant at those “unsophisticated religious Jews” who concern themselves with what he sees as “pointless rituals.” Perhaps he passionately writes educated articles to explain how outdated and prejudiced the Torah is―but at least he relates to it. That’s why at the Seder table the wicked child sits next to the wise child, so that the wise child can teach him as his study partner and gradually bring him back to the fold. The simple child is somewhat unfamiliar with Judaism but he takes an interest and is open to hear about it, asking “What’s that?” We just need to open our mouths and explain to him. But, the child who doesn’t know how to ask is just completely indifferent to Judaism; it doesn’t even annoy them. When we approach them it seems that there is no-one to speak to. He might be prepared to speak about money and business, vacations or anything else the material world has to offer, but Torah is of no interest whatsoever. That’s why he’s the last one on the list here, because his seems to be a totally lost cause.

Don’t despair! By the end of the Seder we will succeed in deciphering the child who doesn’t know how to ask. In fact, the entire Haggadah is directed at that child. They are the first to appear in the verses quoted from the Torah and from what we tell them we learn, “For the sake of this – i.e., at the moment when the matzah and bitter herbs are placed before you.”

However, in order to properly observe the injunction, “You open the way for them” (i.e., since they haven’t asked anything, you initiate the discussion), we need to reach the deepest root of the “one who doesn’t know how to ask.” There is something good about a lack of questioning because then there is no definition. On the one hand, everything seems impenetrable, but, on the other hand, everything is open to interpretation, like raw ethereal material with which one can reach the highest spiritual creations. Indeed, Rebbe Nachman of Breslov explains[9] that the child who doesn’t know how to ask is a potential ba’al teshuvah (returner to Judaism).[10] The fact that they “don’t know how to ask” relates to their inability to ask for atonement for all those sins they are not aware (“don’t know”) they have committed. To turn them into a ba’al teshuvah in practice, we need to believe in their hidden point of Jewishness; their pulse of vitality. They do have a Divine soul, which is “literally a part of God above” and if they are not one to ask questions, it means that their soul belongs to a point that is above all questioning. In every question we ask, we expect an answer, an invitation to return. But, there are some individuals who don’t ask questions because they are prepared to accept even the biggest surprise. So what if for now they enjoy concerning themselves with the tangible, material world? Deep within them they are just waiting for a total innovation, something created ex-nihilo. And since innovation comes from nothingness, we can ask nothing about it. This child is waiting for the most abstract and concealed secret to become the most tangible thing available, for the redemption itself to suddenly arrive, here and now. “And suddenly He will come to His Temple, the Master who you seek,”[11] exactly like the Exodus from Egypt which came as a complete surprise, in skips and hops.

If we explain to the silent-indifferent child how Passover is relevant to them, right here and now, they will become the greatest ba’al teshuvah of all. They will ask no questions, but will reach teshuvah (an answer; return to God[12]) that solves all questions at their source. This child needs something tangible to illustrate to them the redemption that took place in Egypt, and once we begin speaking about redemption, they can already see the ultimate redemption actualize before their very eyes.

[6] See for example, Rashi Exodus 13:14: “What’s that? This refers to an unintelligent infant who does not know how to ask more deeply, but ingenuously asks, ‘What’s that?’” 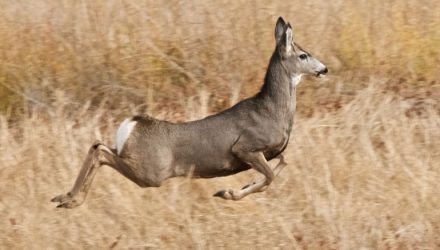 Pesach is not a time for measured steps and gradual progression, but a daring leap directly to the goal God Passes Over What does Passover mean?

Four Sons of the Haggadah a...

Rebbe Baruch of Garelizt was

Before settling in Karlin, Rebbe