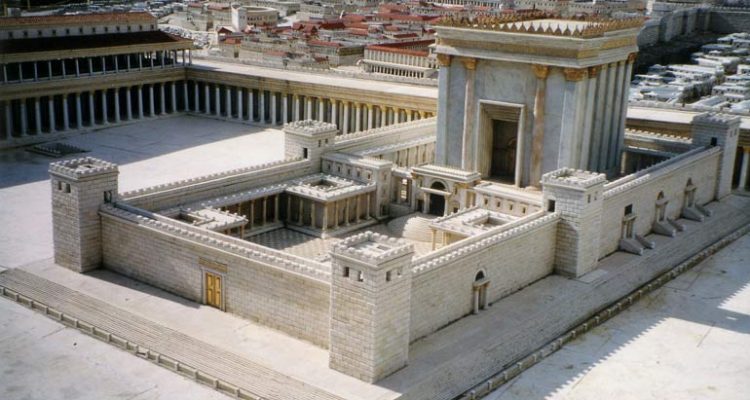 Connecting “Me” to “My Name”

The Tabernacle connects between two levels: “For Me” and “For My Name.” These allude to two paths to serving God

In the previous parashah, Rashi comments on the verse, “Take a contribution for Me,” that “For Me” means “For My Name.” In Parashat Tetzaveh, there are seven more appearances of the word “for Me” (לִי). All of these appearances refer to the service of the kohanim (the priests) in the Tabernacle.

“For Me” (לִי) is spelled with the letters lamed and yud. They have numerical values of 30 and 10, respectively. The sum of these two numbers is 40, which is the numerical value of the letter mem (מ). The product of 30 and 10 is 300, which is the numerical value of the letter shin (ש). Together, these two new letters spell “name” (שֵׁם). We will place this new word, formed by adding and multiplying the two original letters, in-between them. The new word that we have formed is “For My Name” (לִשְׁמִי). Thus, we see how Rashi’s interpretation includes his own interpretation and that of the Zohar, both in name and in number.

In the Torah, God refers to thirteen things as “Mine.” Among them are the Temple (which includes the Tabernacle) and the kohanim. The midrash states, “Wherever God says, ‘For Me’ is referring to an everlasting acquisition in this world and the World to Come.” When God says, “for Me” about something, it becomes an essential part of God’s essence. He says “I have made you Mine!” Like a groom, who says to his bride, “You are sanctified for me.”

For My Name—The Destroyed Temple

In the Bible, the expression “For My Name” (in this context) appears thirteen times. This is exactly the number of times that the midrash states that “For Me” appears in the Torah! Each of these instances relates to the Temple. The majority relate to King Solomon, of whom God said, “He shall build it for My name.” In Hebrew letters, three out of the four letters of the name Solomon (שְׁלֹמֹה) are the same as “for My Name” (לִשְׁמִי). All four letters of his name can be rearranged to mean, “for the sake of Heaven” (לִשְׁמָהּ). We clearly see that “For Me” (לִי) relates to the Tabernacle. “For My Name” (לִשְׁמִי) refers uniquely to the Temple.

God warned Solomon, “If you and your offspring stray from Me… this house which I sanctified for My Name will be destroyed.” The transitory, portable Tabernacle was hidden away intact. Yet, because of our sins, the Temple, which was a permanent building, was destroyed twice. “For Me,” according to the midrash, implies permanence, “For My Name” does not.

The Shechinah In Exile

“For Me” and “For My Name” is the distinction between two aspects of God, referred to in Kabbalah as Kudsha Brich-Hu (“the Holy one, blessed be He”) and the Shechinah. The Shechinah is God’s presence that descends into reality and vitalizes it. Kudsha Brich-Hu refers to a level of Godliness that is above and beyond reality and cannot be contained in this world.

Everyone has a name by which others can refer to him. But, one’s name is not one’s fundamental essence, which cannot be expressed. Each of us lives our inherent sense of being and refer to it as “me.” Similarly, we can refer to God by speaking about His Shechinah. This is the Name we call Him, but it does not touch upon His essence. When we refer to God as Kudsha Brich-Hu, we are referring to His own inherent sense of being, as it were. We have no way of accessing that level. When God states that the Temple should be “For My Name” He refers us to the Shechinah, which is His immanent presence in the lower worlds. “For Me” refers to the higher level of Kudsha Brich-Hu.

The Temple built by King Solomon was for God’s Name. In it, there was a complete revelation of the Shechinah, which the Zohar compares to a full moon. Just as the moon waxes and wanes, the Shechinah can be revealed, or hidden. The Shechinah leads us to redemption. It also followed us into exile when the Temple was destroyed. As long as the Temple remains unbuilt, God’s presence is in exile and His Name is desecrated.

In the Tabernacle, constructed by Moses, the Shechinah and Kudshah Brich-Hu were united. This is the more profound interpretation of Rashi’s expression, “For Me, for My Name.” Both levels were manifest in the Tabernacle. As a result, the Tabernacle is hidden from us, but was never dismantled. Moses achieved the level of “For Me,” therefore his handiwork is everlasting, and the Tabernacle that he constructed remains whole for eternity.

In the third Temple, we will once again experience the complete union of the Shechinah with Kudsha Brich-Hu. The commandment, “Make a Holy Temple for Me,” will then be fulfilled, and the Temple will endure forever. The complete union between these two levels will again manifest eternally, as it did in the Tabernacle.

The levels of “For Me” and “For My Name” correspond to two paths to serving God.

The mishnah states, “All your deeds should be for the sake of Heaven (i.e., ‘For My Name’).” For example, eat in order to be healthy so that you may serve God; work with the intention of earning money to fulfill God’s commandments: giving charity to the needy, buying tefillin, buying food for honoring Shabbat, etc.

This level of spiritual awareness is commendable. Through serving God in this way, our mundane activities become a means to reaching holiness. But, there is an even higher level, the service of, “In all your ways, know Him.” Realize that everything you do, no matter how mundane, is sacred. No act is merely a means to achieving sanctity. Every act can be a revelation of God. This path to serving God is emphasized in the teachings of Chassidut, as the Lubavitcher Rebbe, Rebbe Menachem Mendel Schneerson explains:

But, serving God in the manner of “know Him” (i.e., knowing God), relates to all of one’s own ways and issues. This means that they are not a means to knowing Him, but with them and through them, one knows God…. (For example) Eating in itself is holy and a mitzvah and not just in order to give one the strength to learn Torah and pray. Every meal should be like eating on Shabbat, a mitzvah feast, and eating from the offerings of the Temple, which are in themselves a mitzvah.

By living with the awareness of “In all your ways, know Him,” seemingly routine activities are transformed into mitzvot. Everything such an individual does is a revelation of Divinity and connects him to God. This is the level of “For Me”—a complete connection between Godliness and our physical reality. 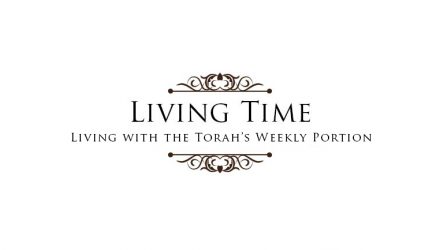 Tetzaveh – Living with the Torah’s Weekly...

Tetzaveh: Sunday: Where is Moses? “And you shall command the Children of Israel”. In this entire Torah portion, G-d turns to Moses and speaks to him: “And

The Weekly Torah Portion of: Te’tzaveh Lecture No. E_008 Eight

Now, let us see the essential points that correspond

It’s Your Choice The Paradox