Cheshvan: Resources For the Hebrew Month of Cheshvan

Rays of Light from the Personality of Rebbe Yisrael of Ruzhin (Yahrzeit: 3rd Cheshvan, 5611)

When will my deeds equal those of my forefathers?

In the Torah portions read during the month of Cheshvan, the three Patriarchs of the Jewish nation, Abraham, Isaac, and Jacob, appear for the first time. In accordance with the well-known principle that one should live with the times (referring to the weekly Torah portion), the month of Cheshvan is the proper time for strengthening our identification with our Forefathers with the purpose of strengthening our service of G-d.

The Figure of Rachel our Matriarch

Rachel is the spiritual matriarch of the Jewish People who are scattered throughout the world. Rachel personifies the cry for the spiritual and physical return of all Jews. Rachel is she who refuses to be comforted until the ingathering of her children is realized (see Jeremiah 31:14). Following is a deeper understanding of the symbolism connected with Rachel Imenu, Rachel our matriarch.

Mother Rachel Cries for Her Children

Although Rachel is the mother of only two of the twelve tribes of Israel—Joseph and Benjamin,  Rachel is considered the mother of the entire Jewish people. While Rachel cries for all her children, there is one specific child who she prays for the most. He is the son who is considered absent, or the most distanced from the fold of the Jewish people.

The Mother of Children Rejoices

Although the Torah teaches us that there are four Matriarchs, Sarah, Rebecca, Rachel and Leah, there is an adage that states, “Only one mother” and to some extent this is true of our Matriarch Rachel, who is the unique mother of the Jewish People.

Part 2: Applying the Meanings of Hod on a National Level

Part 3: Reconstructing Rachel in our Service of God

Part 4: A Deeper Understanding: Relating the Types to the Sefirot

Part 5: Understanding the Axis of Self-Consciousness 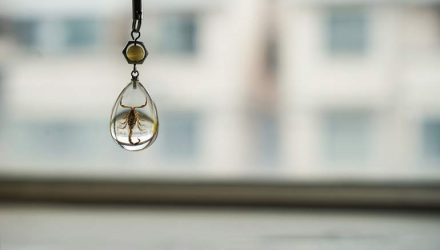 As fall gets into full swing, we don’t want to get chilled. But coldness can also be holy! The mazal of the new month of Cheshvan, which

Rays of Light from the Pers...

The Righteous Individual is the Foundation of the World

When will my deeds equal th...

In the Torah portions read during the month of

Before settling in Karlin, Rebbe