Second Passover and the State of Israel

The State of Israel was established on the fifth day of the month of Iyar, 5708 (1948), when its Declaration of Independence was signed by its founders. On this day, the Holy Land, promised by God to the Jewish people, was restored to Jewish sovereignty for the first time in nearly two thousand years. The fifth of Iyar is therefore known as Israel Independence Day (Yom Ha'atzma’ut).

As momentous as this event was, the new country was devoid of both its heart and its mind. Its heart, ancient Jerusalem, the historic site of the Holy Temple and the focus of the Jewish people's life and prayers remained under Arab occupation and its mind, the Torah, which God gave us to guide our actions, was not recognized as the supreme legal and spiritual authority. Unfortunately, even God’s name is missing from Israel’s Declaration of Independence.

19 years later, on the 28th day of the same month, Iyar, ancient Jerusalem was liberated in the Six-Day War of 1967. On that day, the holiest city on earth was reunited under Jewish sovereignty. It again became, to quote a verse in Psalms, “the city joined together.”1 The 28th of Iyar became known as Jerusalem Day (Yom Yerushalayim).

Originally, this verse signified that in Jerusalem, heaven and earth, the mind and the heart are joined together. The sages state that our minds and hearts are joined together when we pray, “What Divine service is performed in the heart? Prayer!”2 Jerusalem is the heart of the Land of Israel and since the Land of Israel is the heart of the world, Jerusalem is like the innermost chamber of the world’s heart. As the site chosen by God for the Holy Temple, Jerusalem is the focal point of all Divine service, and hence the focal point of all peoples’ prayers and supplications before the Almighty.

The prophet Isaiah also wrote that “From Zion [Jerusalem], Torah will come out.” The Holy Temple in Jerusalem is the natural seat of both the mind and heart of humanity, where the two can truly be joined. This unity was symbolized in the first and second Temples by the Sanhedrin, the highest Torah court, that convened in a chamber that was partially within the Temple itself and partially outside. Unfortunately, because we have not yet merited to see the rejoining of the two (prayer and Torah study) on a national level in the modern state of Israel, Jerusalem Day has deteriorated over the years and is celebrated by less and less people. Indeed, there is a strong feeling of a chance that slipped away; as if we were given a golden opportunity to finally end our long exile, but for whatever reasons were not savvy enough to use it.

Indeed, despite these miraculous events, the modern State of Israel seems to be entangled in a deteriorating maze of crises. Terror and war threaten it on all sides. The custodians of the state daily surrender the Jewish people’s rights to the land, relinquishing vital, strategic areas to sworn enemies, while trampling on the principles most sacred to the Jewish people throughout the generations. The country is plagued by cultural rifts within its own society along political, religious, and sociological lines, and is morally weakened by a spent nationalist ideology that can no longer inspire its sons and daughters. It is now clear to all that, though millions of Jews have returned to the Promised Land and physically rebuilt it, the State of Israel is very far from fulfilling the Jewish vision of the true and complete redemption.

Nonetheless, the sages explain that God heals us differently than a human doctor. A human doctor first sees the malady and then finds the cure, but God first creates the cure and only then inflicts the wound.3 Likewise, God has provided us with the potential to rectify the seemingly hopeless situation of the Jewish people in the State of Israel. If we examine the workings of Divine Providence, we can discern the cure in the circumstances surrounding the establishment of the state and the liberation of Jerusalem.

It is surely Divine Providence that the two most outstanding events in the relatively short history of modern Israel both occurred in the month of Iyar. To fully appreciate the significance of this, we must turn to the Torah, God’s plan of creation.

We must first consider the name of the month, for God creates everything, whether tangible entities and temporal or spiritual phenomena, through the spiritual energy contained in its Hebrew name. The month’s colloquial name, Iyar (אִיָיר ) is cognate to the word “light” (אוֹר ). But, this is its Aramaic name. In the Bible,4 there is one explicit reference to this month and there it is called Ziv (זִו ), meaning “brilliance” or “radiance.”

In Kabbalah, the word Iyar is explained as an acronym for the Biblical words, “I am God, your healer”5 (אֲנִי י־הוה רֹפְאֶךָ ). Thus, the month of Iyar is the month of Divine healing power, healing with light. The Ba’al Shem Tov applied the principle of healing with light in all situations. His advice: Do not attack darkness directly, head on, but rather disarm it with light because a little light dispels a great deal of darkness.

Why is healing with light particularly relevant to the situation in Israel today? To appreciate this, let us examine the unique place the month of Iyar occupies in the Torah’s scheme of time.

In the Torah, there is only one holiday in the month of Iyar. It is known as the Second Passover (פֶסַח שֵׁנִי ), on the 14th day of the month. Normally, we are commanded to celebrate Passover on the 14th day of Nisan, a month earlier. But, in cases when a person was ritually impure or too far away from the Temple on the 14th of Nisan and therefore unable to celebrate Passover by bringing a sacrifice to the Temple on that day, the Torah provides a second chance, the Second Passover.

Although the Jewish year begins in the month of Tishrei, the months are counted fromNisan. Iyar is thus the second month of the year both in the ordinal sense and inasmuch as it is the month in which one is given a second chance.

Every holiday in the Jewish calendar teaches us a basic lesson in how to fulfill our purpose in life, how to serve God maximally year round. The message of the Second Passover, and the general message of the month of Iyar, is that it is never too late. No matter what situation we find ourselves in, no matter how low we have fallen, no matter how impure we may feel or how far away from our life's goal we are, we can always, with God’s help, rectify our situation.

And so it is with regard to the State of Israel. The fact that it was founded and its wars were fought and won in the month of Iyar teaches us that we must not despair. The power of light can overcome the darkness; it is never too late to rectify the situation. Our generation has been given the unique opportunity of joining the mind and heart of our people and the entire world together. By spreading Torah, the light of God, everywhere, we will eventually succeed in restoring it as the ultimate message of God’s greatest gift and blessing: peace and life. As Maimonides ends his discussion of the laws of Chanukah, a holiday commemorating an earlier attempt to establish Jewish sovereignty in the Land of Israel, “The sole purpose for the giving of the Torah was to make peace in the world.” 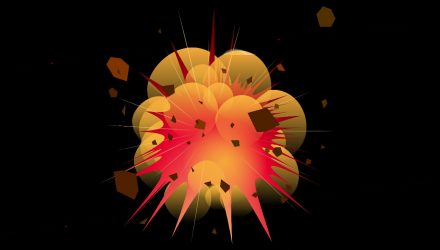 The Daughters of Tzlofchad and the Future “This is