Don't weaken your mind by trying too hard to understand things that are above your ability to comprehend.

Our minds are limited, they function within a finite domain, a finite universe. As we mature and use our minds as best we can our mental universe expands, and the expansion factor grows, accelerates. But the universe remains finite.

In Kabbalah, the universe of our minds – our wisdom, understanding, and knowledge – extends upwards to include the Divine emanation of beauty (tiferet) in which is enclothed, as a soul within a body, the Creator's knowledge (da'at) of His creation.

Beauty and truth are one. Together they equal Israel (100, 102, יפי-beauty, plus 441, 212, אמת-truth = 541, the 101st prime number from 1, which equals Israel, ישראל). The name Israel permutes to spell "to me is a head" (לי ראש). This means that the upper limit, the head, of Israel, is the ability to comprehend the unity of beauty and truth, the two qualities given to Jacob, whom God named Israel.

But our finite minds cannot enter the realm of Divine reality above beauty and knowledge (of creation), the realm of God's own wisdom and understanding, "the concealed things" in the idiom of the Torah.

The example is given in Kabbalah of a porter who tries to carry more than he is physically capable of. He will become weak by the effort – physically weak and psychologically weak, frustrated at having invested so much effort in vain. He will become unable to carry even that which he was accustomed to carry in the past.

What's outside the finite universe of our minds? God's infinite light. How do we reach it? By faith, but only after having reached the border of our mental universe. 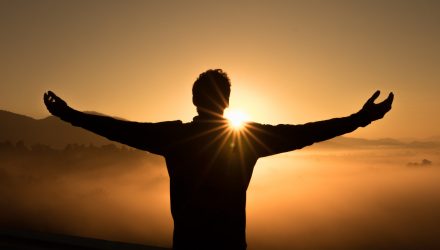