The Weekly Torah Portion of: Te'tzaveh

Eight Priestly Garments Correspond to the Eight Components of the Cherubim

Each cherub had four components:

Together, the two cherubim had eight components.

The Atoning Power of the Eight Priestly Garments

Each of the eight priestly garments had a special power to atone for a particular sin of Israel:

This week's Torah portion actually begins with God commanding Moses to prepare pure olive oil to be used in the menorah (the seven-branched candelabrum that was lit daily in the Holy Temple), and then proceeds to describe the priestly garments. This juxtaposition points to a close connection between the olive oil and the eight garments.

The Hebrew word for "oil" is shemen, which is the root of the Hebrew for "eight," shmoneh. Let us first explore the essential connection between oil and the number eight.

The numerical value of God's Essential Name, Havayah, is 26. 26 reduces to 8 (2 plus 6). Thus, eight is the one number essence of Havayah, the Name that refers to miracles.

The word shemen also means "fat." If the perfection of nature is seven, the oil, fat, is more than the natural state of the human being. There were great rabbis and tzaddikim who became physically fat just from the great Divine pleasure of serving God and experiencing the supernatural revelation of God in the world. (This can be called holy fatness).

"And you shall command the children of Israel and they shall take to you pure olive oil, ground, to become a light, to raise an eternal light"

The 8th word, both from the beginning and the end of the verse is the word shemen, "oil":

The phrase from the above verse, "shemen zayit zach," pure olive oil, also revolves around eight.

There are 8 letters in the phrase shemen zayit zach (spelled in Hebrew: shin-mem-nun, zayin-yud-tav, zayin-kaf), which divide into 3, 3 and 2. When 8 is divided in this way, the product of its components (3 times 3 times 2 = 18) is maximal. This is the optimal way to divide a number.

When each letter of the words shemen and zayit are spelled out in full, we again receive two sets of eight letters that divide into 3, 3 and 2:

The sages (Midrash) begin the explanation of this week's Torah portion with the verse from Jeremiah 11:16 that defines the properties of the olive and explains why the Jewish people are likened to olive oil. This phrase also has 8 words that divide into 2, 3 and 3:

Fat is a Covering

In Deuteronomy 32:15 Israel is criticized for having become "fat, thick and covered." Our sages say that these three adjectives correspond to the three generations preceding the revelation of the Mashiach.

From the above adjectives we learn that fat is a covering–a garment.

Our Sages say that the five descriptions of olive oil in the first verse of this Torah portion ("Shemen zayit zach katit lama'or–Pure olive oil, ground to become a light") also describe the Jewish people:

Eight is the secret of  the connection of pure olive oil to the priestly garments. When we meditate on the olive oil and connect to its energy, we create the eight garments of the High Priest, who radiate their energy to the Jewish people so that they may illuminate the world. 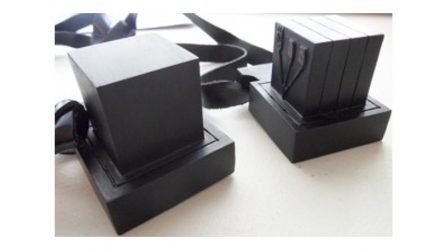 “And you shall make a plate of pure gold and you shall engrave upon it engraving of a signet, ‘Sacred to God…’ and it shall be on

The Tabernacle connects between two levels: "For Me" and

Tetzaveh: Sunday: Where is Moses? “And you shall command