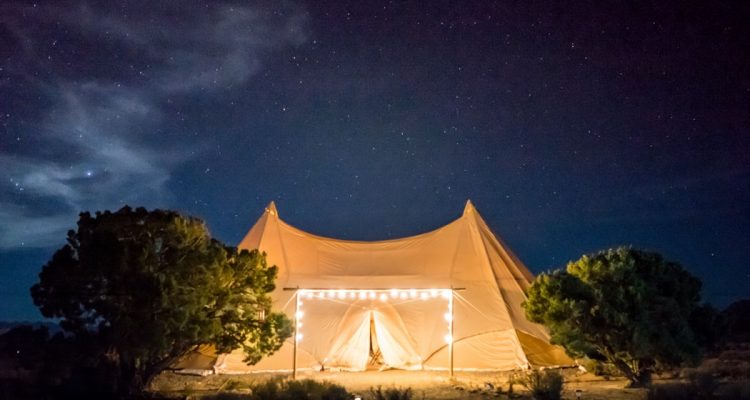 The Weekly Torah Portion of: Vayerah

Besides receiving food, drink and a place to stay, Abraham's many guests were treated to a beard grooming that would totally change their perception of God. What truth was Abraham disseminating throughout the world, and how is it reflected in beard consciousness? In this audio lecture, Rabbi Ginsburgh explores the secret of the mysterious eshel that Abraham planted in Be'er Sheva. When we understand the inner consciousness of this eshel, we can unlock the gate to the true perception of the One God.

The following is a written summary of the audio lecture

The Epitome of Abraham's Service of God

Abraham dedicated his life to spreading the word of the One God to all humanity. The peak of this service is in this week's Torah portion, in the verse (Genesis 21:33):

And Abraham planted an eshel in Be'er Sheva, and he called there by the Name of God (Havayah), the eternal God (E-l) world (olam)

The apex of Abraham's life's work was when he planted the eshel ("tamarisk") in Be'er Sheva, elucidating the concept of monotheism to the entire world.

In its original context, olam means "eternal –" a temporal meaning. In later Biblical writings, the word olam assumes an additional, spatial meaning, as "world." When Abraham called out to the world in the Name of Havayah E-l olam, he taught them that God is both time and space.

We learn an added insight from the fact that "world" is written in our verse without the expected preface of "of the." If God were the Creator of the world, this would imply that He is separate from His creation. In this verse we learn that God is the world — the Creator and the created have essential unity. If olam were only to have a temporal meaning in this verse, the understanding of Creator and created would also be incomplete. When Abraham proclaimed Havayah E-l olam, he taught the world that God is all and all is God.

The Run and Return of the Soul

Every living soul has an inner pulsation

When the sense of "run" — that God is all and that nothing else exists — is not balanced by return, it can easily deteriorate to the belief that the world is but a dream. In its extreme, this becomes Eastern religion, antithetical to Judaism.

When the sense of "return" — that all is God and that He manifests in every facet of reality — is not balanced by the run, it can easily deteriorate to pantheism, also antithetical to Judaism.

Abraham taught the world the balanced view of monotheism. When both run and return exist in balance in the soul, we understand that the world does exist, but that its existence is fully Divine. This perfect balance between run and return does not appear in any other belief system.

When the word preceding E-l olam, Havayah (26), is added to 177, we receive 203. 203 is the value of the first verb and the first three letters of the Torah — bara — which means "to create." The consciousness that God is all and all is God is the full secret of creation.

In the verse in our Torah portion, Abraham plants an eshel in order to bring the message of monotheism to the world. The Talmudic sages Rav and Shmuel, differ as to the nature of this eshel. One opinion is that the eshel is an orchard. When Abraham's guests would partake of the fruit of his orchard, it would facilitate his ability to implant his consciousness and faith in their souls. By eating Abraham's fruits, the guests would internalize the secret that God and nature are one.

The second opinion is that eshel, spelled alef, shin, lamed, is an inn. The word eshel then becomes an acronym for the basic needs of travelers: Achilah, "food," which begins with an alef; Shtiyah, "drink," which begins with a shin; and Linah "sleep," or Levayah, "escort," which both begin with a lamed. According to this opinion as well, Abraham is taking people into his home and teaching them the word of God.

Kabbalah also explains that eshel is an acronym — for the colors Adom, "red;" Shachor, "black;" and Lavan, "white." Each of these colors represents a particular consciousness. According to this understanding of eshel, Abraham planted an eshel to teach the world about the desired progression of Divine consciousness.

The Arizal explains that this progression of consciousness can be understood as a progression of beard colors. The first beard is red. The red beard corresponds to King David, who according to our sages had a beard of seven different shades of red. King David is the archetypal soul of malchut, "kingdom."

From the red beard, we progress to the black beard. The black beard corresponds to the "small countenance," (ze'ir anpin). This is the Divine persona formed by the union of all the emotive powers of the soul. The "small countenance" is the image of the groom in the Song of Songs (the love song between God and the Jewish People), who is explicitly depicted as black-bearded.

Finally, we progress to the white beard, the perception of God as the "Ancient of Days," (atik yomin) with a long, white beard. This white-bearded Divine persona corresponds to the "long countenance."

The red beard, corresponding to malchut, is the initial stage of rectified consciousness. Malchut, a feminine state of consciousness, is the power to rectify society and to do whatever we can for our community, both physically and spiritually.

When we ascend to black beard consciousness, we reach a level where we can express love toward our Creator, as a bride to the groom. This is the high level of union that existed between God and Israel in the Holy Temple in Jerusalem.

Finally, we ascend to the ultimate consciousness of the white beard — that God is all and all is God — the essential unity of the Creator and the created.

This is the progression of consciousness that Abraham implanted within our souls when he planted the eshel in Be'er Sheva.

Photo by Cindy Chen on Unsplash