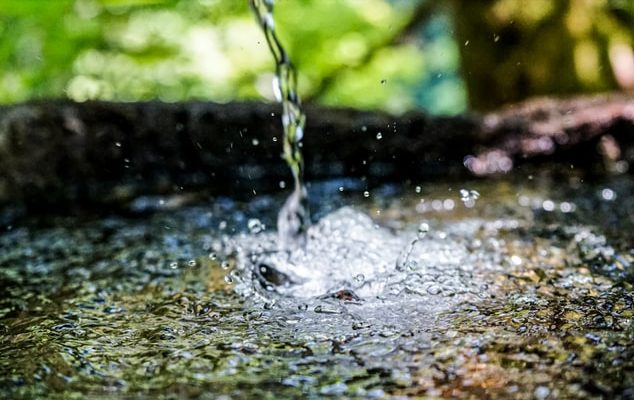 Inner Dimension Audio-Aid: Digging the Wells in our Souls

The Weekly Torah Portion of: Toldot

Our souls have infinite depths, waiting to be uplifted and manifest at the surface. The Divine service of our Patriarch, Isaac, was to dig wells and to both literally and figuratively release the subterranean waters from their straits below, allowing them to swell to the surface and broaden. In this audio meditation, Rabbi Ginsburgh describes the levels of the soul as they correspond to the wells that Isaac dug. When we can identify these levels in ourselves, we can achieve the infinite breadth of the highest level of our souls, penetrating all barriers and achieving true fruitfulness and fulfillment in our lives

The essential Divine service of our Patriarch, Isaac, was to dig wells, uplifting the subterranean waters and fountains to reveal themselves on earth. Rebecca, Isaac's wife, supported Isaac in this service. The work of any soul is the spiritual service of both the man and his wife, who are two halves of one soul. Isaac's Divine service of revealing the waters below and raising them to above is considered a feminine form of Divine service, called "uplifting feminine waters."

Isaac's service complemented his father, Abraham's Divine service. Abraham's service and rectification was to bring direct light from God above to the world below. His main occupation was to bring guests into his home, where he would teach them to love God. Abraham projected light to his guests, who were like students sitting at the feet of their master. The master projects direct light, from above to below, to his students. This service, whose direction is from above to below, is called "direct light."

Isaac's Divine service and rectification complemented Abraham's by working in the opposite direction — from below to above. By digging wells, he would reveal hidden light, as symbolized by the living waters, which had previously been trapped in the lowest physical realms. He would break open the physical shells, revealing the concealed light from below to above. This is the service called "returning light."

The work of "returning light" is the work of the hidden tzadik, who inspires people to become aroused to love and fear God without their knowledge. By digging the wells, Isaac would project his positive energy into people's hearts, causing them to experience an inexplicable arousal to know and love God.

Isaac then proceeded to dig three of his own wells. The first two wells that he dug created controversy and strife as to who was the owner of the wells. Accordingly, Isaac named the first well Esek, which means "trouble." He named the second well Sitnah, which means "hatred." Finally Isaac traveled to a different area, where his well digging did not arouse controversy. At this new place it was clear at all levels of world consciousness that the wells that Isaac dug were his. Isaac named the third well, dug in this new place, Rechovot, which means "infinite breadth –" in anticipation of the breadth that would enable him to bear new fruit in reality.

Three Levels of the Soul

Kabbalah explains that the three wells dug by Isaac correspond to three ascending  levels of the soul. Isaac's essential service of digging these three wells represents the rectified maturing process of every soul from below to above.

Esek: The Behavioristic Level of the Soul

The attributes of the soul at its lowest, innate level are confidence, sincerity and truthfulness. These innate attributes are not achieved by meditation but are rather inborn. They manifest when a person is in action. A person who has no more mental or spiritual light in his consciousness above and beyond the innate character that surfaces when he acts is represented by the first well, Esek. This "trouble" is behavioristic, describing the dynamic of active controversy surrounding the well. The negative connotation in the name Esek stems from the fact that this level of the soul is vulnerable to the evil inclination and must battle it.

Sitnah: The Emotive Level of the Soul

When a person digs deeper into his soul he manifests a deeper, emotive level. The attributes of the soul at this second, emotive level are love, awe and compassion. This is the level where real emotion enters the soul. The emotion that Isaac's second well aroused was deep hatred, sitnah. This name also has negative connotations, symbolizing the negative emotive forces of the evil inclination to which this level of the soul is vulnerable and with which it must do battle.

Rechovot: The Intellectual Level of the Soul

When a person digs yet deeper into his soul, he realizes that the realm of the evil inclination is all seven attributes of the heart from below to above. He then must remove himself from that vulnerable space and reach the third, higher dimension of the soul. This is the intellectual level of the soul — pure perception – the inner eye and ear of the soul, whose attributes are wisdom, understandingand knowledge. When a person reaches this full maturity of soul, he has transcended the realm that is vulnerable to opposition.

When the first Lubavitcher Rebbe was released from the Czarist prison, he thankfully recited the verse in Psalms (55:19):

My soul has been redeemed from battle in peace

When a person reaches the intellectual level of inner peace in his soul, he has transcended the reality of battle. Isaac had to go to a different place so that he could achieve this true, deep, mental perception of the soul. To dig a well is to penetrate the earth and to see through opaque barriers. When we dig to the deepest, intellectual level of our souls we can ultimately penetrate all the world's barriers and reach Rechovot, the infinite, God-given breadth and power to be fruitful in all that we do.

Photo by Frank Albrecht on Unsplash