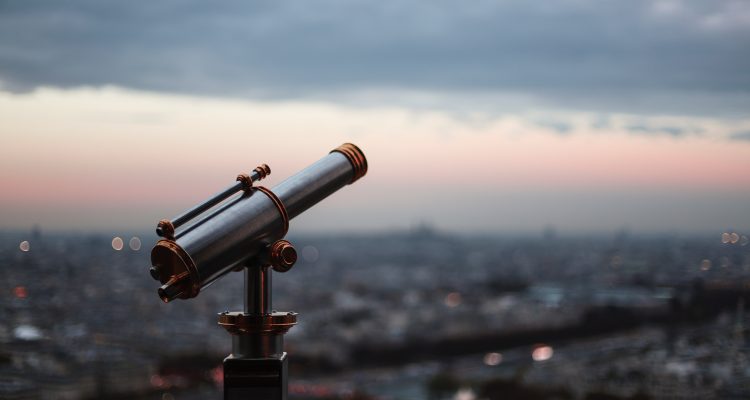 Ba’al Shem Tov: From One End of the World to the Other

Translated from Rabbi Ginsburgh’s Or Yisrael (vol. 3, pp. 167-171), a three-volume anthology of stories of the Ba’al Shem Tov with commentary.

In the holy community of Mezhibuzh (home of the Ba’al Shem Tov), there was a wealthy merchant, who was among those who still opposed the Ba’al Shem Tov. This merchant had an only son, wise, learned, and talented.

Once, the son journeyed to Breslau on business. Generally, this type of journey would take him approximately four weeks. This time, ten weeks had passed, and he still had not returned. His parents had not heard from him at all, and they were extremely distressed.

Finally, the merchant’s wife, said to him: “Why do you harden your heart against the Ba’al Shem Tov? The entire world journeys to him, literally from the four corners of the earth, and he brings about salvation for them. Don’t you want to simply walk over to his home and ask his advice regarding our son? Surely he will be able to help!” The merchant ignored his wife’s pleas.

Many days passed and the merchant’s wife kept begging her husband to seek the Ba’al Shem Tov’s help. Finally, he agreed. He went to the Ba’al Shem Tov shortly before Shabbat and said, “Rabbi, my only son journeyed to Breslau over ten weeks ago and we have not heard from him, and we do not know what happened to him.”

The Ba’al Shem Tov immediately asked his attendant to bring him a volume of the Zohar. He opened it, scrutinized the page, and answered the merchant: “Your son, thank God is alive and well. He will spend this Shabbat in the village next to our village.”

The merchant did not believe the Ba’al Shem Tov. “How could that be?” he thought. “After all, our son knows how much we miss him, and surely, he feels the same way about us. Surely, he would not try to save the money that it would take to hire a wagon to bring him home for Shabbat.”

Nonetheless, just to be sure, he sent a non-Jew to the neighboring village and asked him to look for his son, for perhaps he would see his son entering the village before sundown on Shabbat.

The non-Jew returned at night and said that he saw no trace of the merchant’s son. “That is what I told you,” the merchant berated his wife. “The Ba’al Shem Tov knows how to manipulate people into thinking that he is giving them good advice. But in truth, there is nothing behind his words.”

Meanwhile, the son’s wagon had broken down several times on his way home. He reached the neighboring village late and immediately when Shabbat was over, he returned home to his parents. Then the merchant saw retroactively that everything the Ba’al Shem Tov had told him was correct. He went to the Ba’al Shem Tov and asked his forgiveness for speaking ill of him and related all that had transpired.

The Ba’al Shem Tov responded, “When God created the world, the light He created allowed man to see from one end of the world to the next. And He stored it away for the tzaddikim in the future days.[1] Where was this light stored? In the Torah! Thus, when I open the Book of Zohar, I see the entire world, and I will not make any mistakes, with God’s help.”[2]

Two great, all-inclusive worlds compose creation: The Concealed World and the Revealed World. In Kabbalah, these worlds are likened to the ocean and to dry land: The ocean conceals all inside it, and all of it is hidden from man’s reach, while on the dry land, everything is in plain sight and can easily be perceived and integrated by man’s senses.

An ordinary person who goes to the seashore and attempts to contemplate on what is inside the ocean immediately encounters a veil.[3] This is like the veil with which Moses covered his face so that the people of his generation would not be nourished by his rays of glory[4]. The veil prevented all those who were not worthy from investigating that which was too wondrous for them to integrate.

The Revealed World was created with the letter beit, while the Torah’s word for “veil” (מַסְוֶה) is 111—the numerical value of the name of the letter alef (אָלֶף). This teaches us that first, a wondrous wonder is revealed to us, and is sealed in God’s treasure house for those who are worthy to integrate it, alone. The veil, however, does not only conceal. It also connects. The experience of wonder—like standing on the shore of the great ocean—arouses a sense of wonderment in us, the understanding that what we are seeing is just a drop in the ocean as compared to what really exists and is beyond our comprehension.

The tzaddik who looks at the light of the Seven Days (of creation, the first thing created by God on the first day), pierces the wondrous partition and bathes in the ocean. He ascends to the place that is above the separation between the concealed and the revealed, to the time that precedes the shrinking of the moon (on the fourth day of creation, after the moon expressed its discontent at having to share leadership over time with the sun). For him, the world is all one.

Above Time and Space

Similar to the above, the Rebbe Rashab writes[5]:

As is known from the Ba’al Shem Tov o.b.m., that time and place did not limit or conceal anything from him at all. He would see in the present what will be in some time, and also saw what was far away from him, actually seeing it… and this is from the side of the manifestation of the aspect of above time and place – in time and place.[6]

While we are expected to contemplate this actualization from below to above, to recognize our source from within the created reality in which we live, the Ba’al Shem Tov lived this actualization quite literally. Because he cleaved to both above and below simultaneously, he felt how he and the entire world were coming into a state of being, out of nothingness to something, at every moment. Whoever lives in this manner ascends above the limitations of the worlds of created beings—above time and space. This is how the Ba’al Shem Tov was able to literally see the future as if it was taking place right in front of his eyes.

Photo by Matthew Ansley on Unsplash

“I heard from my grandfather of righteous and holy memory, who heard from his rabbi, the great Maggid of Mezritch of righteous and holy memory, who said that the Ba’al Shem Tov had the physical ability to see four hundred parsa’ot by four hundred parsa’ot…Do not think that this was his spiritual sight, which was without measure, but rather this was his physical sense of sight, literally.”

[6] See Ramach Otiyot 123: Once when the Ba’al Shem Tov was in Brod by Rabbi Chaim the head of the wise men of Brod, he went out to the outhouse for some time. When he returned, before he ritually washed his hands, an agunah (a woman whose husband has left her but has not given her a divorce) confronted him and said, “I will not leave you alone until you tell me where my husband is.” The Ba’al Shem Tov replied, “Your husband is in the Jewish community in Levisgrad.” In answer to Rabbi Chaim’s question, how he related a matter of Divine Inspiration prior to ritually washing his hands, the Ba’al Shem Tov said, “Just as I see this plate with my physical eyesight, so I see there with literally physical eyesight.”