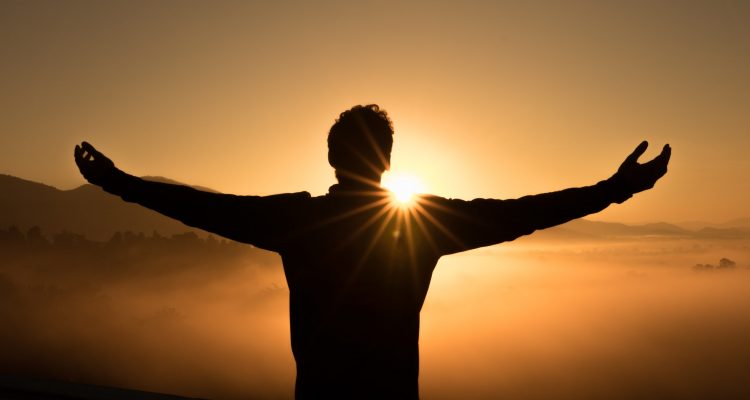 Ba’al Shem Tov: From the Heart

Once the entire congregation was reciting Psalms in the synagogue. It was a time of hardship and everyone was sobbing. The Ba’al Shem Tov saw that the claims of the prosecutor were overwhelming, and was in a state of great sorrow.

In the women’s section, there was a simple woman, who did not know how to recite Psalms. When she heard the crying and distress she said:

“Master of the Universe, you are our Father. Your children are beseeching You with profuse tears. I have five children and when they begin to shout, I cannot take it. You, God, have so many children. Even if You had a heart of stone, you would have to answer them.”

And with these words, the simple woman brought about salvation and the evil decree was nullified.

Know that what is Above is from You

As much as we want to find the greatness in the conduct of simple Jews, sometimes it may seem silly. After all, God tolerates all the worlds, and He can certainly tolerate some shouting. The woman’s statement seems extremely simplistic and even amusing.

Nonetheless, God shows us that His thoughts are not our thoughts. If we try to explain what it was about this woman’s words that brought about salvation, we can find two reasons:

In the verse, “In all their troubles, He is troubled”[2] (בְּכָל צָרָתָם לוֹ צָר), there is a difference between the written word and how the verse is read. It is written, “He is not troubled” (לֹא צָר). But it is read as “He is troubled” (לוֹ צָר). The explanation for this difference according to the Torah’s inner dimension is that the sorrow of Israel is perceived Above on three different planes:

It is difficult to point to a particular form of Divine service that can reach that place. But all the gates open in the face of genuine self-sacrifice. When a Jew reveals the essence of his heart described as serving “with all your being,”[3] then, even if his outer appearance is clumsy and simple – that which is Above—the essence that is above the entire order of temporal cause and effect—will be aroused from that which is below.

There is much to learn from this story and the beloved spiritual remedy of simple words spoken when one pours out one’s heart before God; words that are spoken outside the formal daily and special prayers. The words written in the prayer book are meant to provide the vessels for “with all your heart and with all your soul.” However, it is easier to reach a state of pouring the heart out, “with all of your being” when we give ourselves the freedom to say exactly what is in our hearts using words that come naturally and with the simplest spiritual garments.

The disciples and successors of the Ba’al Shem Tov would often highlight the importance of this type of Divine service. We are familiar with the importance Rebbe Nachman of Breslev attributed to speaking plainly and directly with God. He spoke at length about going to an isolated location to speak this way and called it hitbodedut. Rebbe Nachman saw it as a primary type of service of God upon which everything else depends. The Rebbe Rayatz, the sixth Lubavitcher Rebbe, related that the early Chabad chassidim spent more time in the fields than in the cities, searching for the silence outside settled areas. They strove to focus their thought and speech toward God without any disturbances.