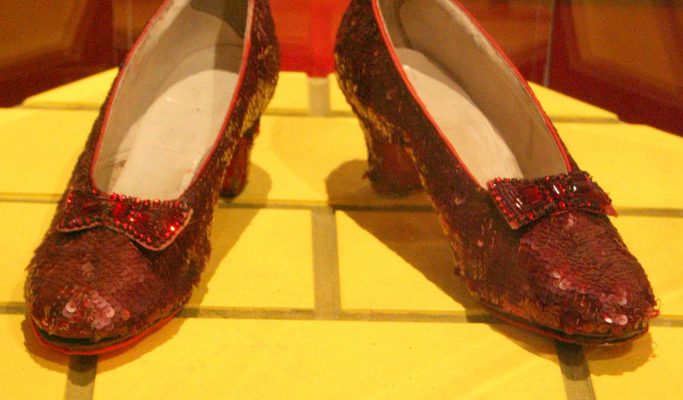 Suddenly a thought entered his mind: Why should I touch the Ba’al Shem Tov’s shoes and move them from their place? He did not touch them, but rather, swept around them.

Once, one of the chassidim came to the home of this attendant. It was a number of years after the Ba’al Shem Tov had passed away. He saw a middle-aged man doing some work inside the home, while an elderly man was sitting near the furnace, moaning tiredly. The middle-aged man would periodically berate the old man, saying things that were clearly disrespectful. The guest thought that certainly the old man by the furnace was the middle-aged man’s father. He was very disturbed by the disrespectful way that he was treating his elderly father. He asked him why he was treating his father so poorly. The man laughed and said, “He is not my father. He is my son.”

“How can that be?” asked the astounded guest. The man told him the story of the blessing of the Ba’al Shem Tov. “I have remained the same age that I was then. Even my teeth have remained young.”

Two things stand out in our story: One is the wondrous wakefulness of the Ba’al Shem Tov, who perceived the attendant’s thought to move his shoes even while asleep. The second is the great importance that the Ba’al Shem Tov attached to the location of his shoes, even blessing the attendant with supernaturally long years during which his body did not age at all.

The spiritual meaning of shoes

The Midrash and Kabbalah invest shoes with great significance. It is told that the Biblical Chanoch (Enoch) would sew shoes and perform unifications of God and the Shechinah with every stitch. The deeper meaning of the shoe is couple-hood. We step on the ground with our shoes and connect to it. On a broader and deeper level, the shoe is what fosters the correct connection between spirituality and physicality [1].

The shoe touches the ground, latching onto reality. It locks (in Hebrew, the verbs for “wearing” a shoe and “locking” are the same) its wearer and connects him to his place.[5] The Ba’al Shem Tov was both in the upper and lower worlds at the same time. In this story, we see the practical application of that fact.

During sleep, the soul rises to heaven above. The article of clothing that almost everyone removes before going to sleep is the shoes. In light of the above explanation on the essence of the shoe, it is obvious that if we want to ascend, we have to detach ourselves from what locks and connects us down below. A person who sleeps in his shoes generally makes a coarse and animalistic impression upon us. With our deeper understanding, we can say that he has given up on the soul-ascent and chosen to stay down below even when he does have the opportunity to rise higher.

Always aware of the physical worlds

In his awe-inspiring holiness, the Ba’al Shem Tov connects heaven and earth. Even when he is sleeping and his soul is in the lofty worlds above, he senses what is being done with his shoes. Even during his soul ascent, he does not lose his connection with reality. When he feels the threat of disconnection from this awareness, he immediately acts to prevent it. (In the story, we can feel that it is the Ba’al Shem Tov who put the thought into the attendant’s head not to move the shoes, for immediately afterwards, he awakened from his sleep).[6]

According to the tzaddikim, the harbinger of the Torah of Mashiach illuminates the teachings of the Ba’al Shem Tov. These are the “new Torah thoughts” that will be revealed in the future.[7] Through the concept of the shoe, we can gain a deeper understanding of the Torah, for when Moses looks at the manifestation of the Shechinah at the Burning Bush, he is commanded: “Remove (shal) your shoes from upon your feet.”[8] The word “remove” (shal) refers to negation, as if to say, “Negate the physicality and distance yourself from the material.”

Moses led the nation of Israel as if he were a priest performing the Divine service in the Holy Temple. When performing their Temple service, the priests would be barefoot. The Ba’al Shem Tov brought holiness to every place, injecting holiness even into physicality. Thus, it was not necessary for him to completely distance his shoes.

Another interesting point about this story is the lesson that we can learn from the humility of the attendant. Usually, when a person is busy doing his job, he thinks there is nothing more important than accomplishing his goal. The attendant did not conduct himself in this manner. Even while performing his task, he thought that perhaps the object in his way was more important than his task, itself, and did not touch it.

[1] The numerical value of min’al (shoe) is equal to tzela (rib), the symbol of the first couple.

[4]Similarly, the angel appointed over the World of Action is called Sandalfon, for when actual contact is created between the upper worlds and the world of physicality, a sandal is necessary to protect and separate between the hard earth and the foot walking upon it.

[5]  This effect takes place in the realm of holiness, as in the verse, “My sister the bride is a locked (na’ul) garden (Song of Songs 4:12) or in the opposite realm, God forbid, as in the verse in Jeremiah 2:22, “Your iniquity is marked before me” (נכתם עונך לפני ), the first letters of which spell na’al (shoe). This negative effect takes place when an affinity is God forbid established between the lower level of the soul and the impure places that it has reached due to its sins.

[6]See Rama”ch Otiot  51, where this story is brought in the name of Reb Pinchas of Dakshitz, a famous Chabad chassid. He writes that the attendant was not the regular attendant of the Ba’al Shem Tov. He was not familiar with the Ba’al Shem Tov’s ways, yet this positive and unexpected thought did enter his mind.