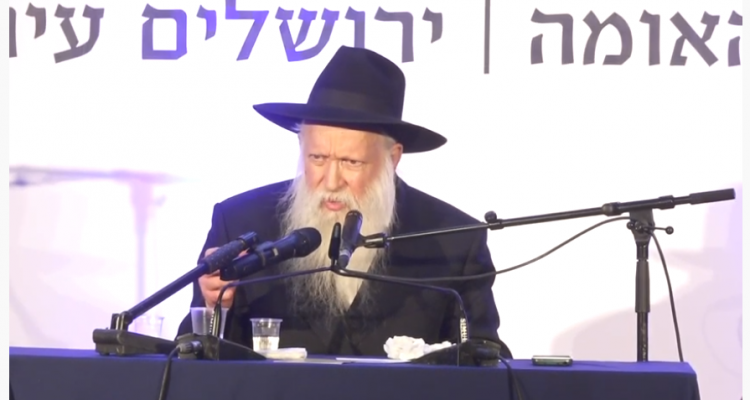 Descent for the sake of ascent

The voice of Jacob, the hands of Esau

We are now entering the pinnacle of the Alter Rebbe’s holiday of redemption, which was actually on the 20th of Kislev. The Alter Rebbe was released towards the end of the 19th of Kislev and spent his first few hours at the house of a certain Jew in Petersburg. That year, the 19th of Kislev was also on Tuesday (as it is this year). So, in effect, the Alter Rebbe’s redemption took two days. It is well known that it is referred to as the Rosh Hashanah of Chassidut, the Chassidic New Year. Just as Rosh Hashanah is two days (this is something essential to Rosh Hashanah whose second day is different from the second day of the other festivals[1]) so the Chassidic New Year is two days.

A foundational analysis of the essence and spiritual meaning behind the shofar that we blow on Rosh Hashanah appears in an essay from the Alter Rebbe on the verse, “the voice is the voice of Jacob and the hands are the hands of Esau”[2] (הַקֹּל קוֹל יַעֲקֹב וְהַיָּדַיִם יְדֵי עֵשָׂו). The first “voice” in the verse (הַקֹּל) is written without the letter vav (ו); the second time, it is written with it (קוֹל). The value of the first instance is identical to that of “19 of Kislev” (יט כסלו); the value of the second instance is 1 more, or “20 of Kislev” (כ כסלו). This is another example of how these two days marking the Alter Rebbe’s redemption parallel Rosh Hashanah.

The supplication from below on the 19th of Kislev and the response from above in the form of Torah is on the 20th of Kislev.

Still, we cannot ignore the end of the verse, which is “and the hands are the hands of Esau,” which indicates that the great lights of Esau need to be drawn down into the rectified vessels created by Jacob. Without the great lights possessed by Esau, the lights of Chaos, there can be no redemption, as the Lubavitcher Rebbe stressed. The Torah of Chassidut is the Torah of the Mashiach. It is the, “new Torah will emanate from me.” But, for it to be whole it requires both prayer ascending as well as the action, which is the main thing. The power of action needs to be learnt from Esau, whose name stems from the verb meaning “to act” (לעשות) and the world of Action (עשיה). The voice of Jacob needs to learn how to inherit the hands of Esau.

Indeed, we find that the value of these words, “the voice is the voice of Jacob and the hands are the hands of Esau” (הַקֹּל קוֹל יַעֲקֹב וְהַיָּדַיִם יְדֵי עֵשָׂו) is exactly the same as the words, “A new Torah [will emanate from me]” (תּוֹרָה חֲדָשָׁה מֵאִתִּי תֵּצֵא). The first voice and the second voice need to come from Jacob, from us, and then by connecting to the hands are the hands of Esau and inheriting his great lights in order to rectify the world with the kingdom of God, we merit the true and complete redemption.

May your wellsprings spread outwards

Today we read about the selling of Joseph to Egypt which is like the descent of the soul into the body. On the 20th of Kislev, we read about the descent of Judah, he descended from the leadership. Regarding Joseph, the Torah says that he was “taken down” to Egypt. Regarding Judah it doesn’t say that he was “taken down.” His brothers saw that Judah was the one most responsible for Joseph’s sale into slavery. They said to him, “If you would have told us not to sell him, we would have listened to you.” So, they decided that he was no longer worthy of being their leader. Judah agreed with them and therefore descended from his leadership position. This is another example of how Judah’s name fits his actions. His name means, “to admit,” and he was more than once able to admit that he had acted improperly.

When Joseph was released and redeemed from his own servitude and his jail sentence, the sages relate that it was Rosh Hashanah (like today is the Rosh Hashanah of Chassidut) and from the his incarceration he was immediately appointed a king. The Alter Rebbe also became a king. What kingdom does the Alter Rebbe rule over? His kingdom was his ability to spread the wellsprings of the Ba’al Shem Tov outwards, something that by him began after he was released from his jail in Peterburg. So within the descent into exile and incarceration, there is already hidden the promise of future elevation. Every one of us has experienced this descent when our soul descended into our body. We too can merit to see that the purpose of the descent is to ascend. What we would like to understand tonight is what the nature of our subsequent ascent is.

It is related that the Alter Rebbe said that verse just before he was told of his immediate release. This verse is part of the daily Psalms for Tuesdays. The Alter Rebbe later said he came out in peace and God is peace. The exact words the Alter Rebbe said were, “I came out in peace and from God is peace” (יָצָאתִי בְּשָׁלוֹם מֵיהוָה שָׁלוֹם) and they equal 3 times the value of “Mashiach” (מָשִׁיחַ) in primordial numbering (אבגדהוזחטיכלמ אבגדהוזחטיכלמנסעפצקרש אבגדהוזחטי אבגדהוזח).

Ascent and Drawing Down of the...