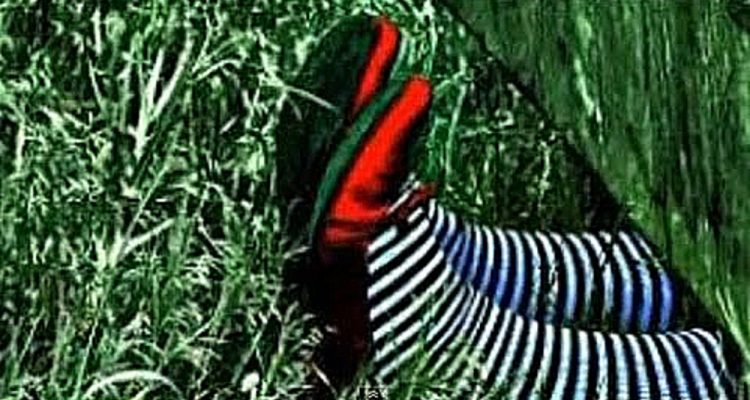 Translated from Or Yisrael, stories of the Ba’al Shem Tov

In the Talmud tractate of Chulin 105:2 it says: Rav Hisda and Rabba bar Rav Huna were travelling by boat. One woman said to them: “Seat me with you!” They did not seat her. She said a word (of witchcraft) and stopped the boat. They said a word, and freed it.

And the Ba’al Shem Tov  said that instead of using the word “miltah” for “word,” it was originally written “milat,” which is an acronym for the Torah verse Machashefah lo techayun (“[And] a witch, you shall not let live”; Exodus 22:17) and it was wondrous. And they checked in a very old manuscript of the Talmud, which was written on parchment, and they found that there it was indeed written “milat.”

The Root of the Problem

The version of the Talmud to which the Ba’al Shem Tov referred was very ancient. A Talmud that is written on parchment certainly preceded the era of Rashi, who offered two different explanations on the accepted version:

According to the first explanation, the sages in the story said a counter-word of witchcraft to the word with which the witch had stopped the boat. True, the Torah forbids witchcraft, but in order to save their lives, they deemed it permissible.

According to Rashi’s second explanation, the sages said a Holy Name of God, thus nullifying the influence of the witchcraft.

The Ba’al Shem Tov was not satisfied with Rashi’s explanations. According to the Ba’al Shem Tov, using God’s Names in what is known as practical Kabbalah, is not the proper path to take.

Saying a Holy Name of God does not uproot the undesirable phenomenon from its root. At most, it nullifies the influence of the witchcraft, or even kills the witch. But the spirit of impurity remains. The prohibited power of witchcraft continues to exist in the world.

On the other hand, the Torah takes true action that gets to the source. Each verse in the Torah is the life-force of everything that it describes. If a verse alluding to a decree that voids and nullifies a certain reality is employed, the matter in question will completely disappear from the world.

A Torah scholar who is immersed in Torah and truly fulfills its every word can take action that will evoke Divinely ordained tangible results.  Thus, when the sages repeated the words from the Torah verse, “A witch, you shall not let live” (מְכַשֵּׁפָה לֹא תְחַיֶּה), they brought about the absolute nullification of the witchcraft that was being used.

Many stories of the Ba’al Shem Tov frown upon the use of God’s Names. The following is an example, from the book by the Rebbe of Kamarna, Notzer Chesed:

And our teacher the Ba’al Shem Tov related that when he was still young, his preeminent teacher, the prophet Achiyah Hashiloni, taught him how to use all the Names, to understand and teach them. And because he was young, he wanted to see if he had the power to affect something with the Names. And he put a piece of cloth on the Dniester River, and crossed the river by uttering one of the Names.

Subsequently, the Ba’al Shem Tov repented for this act all his life, fasting many fasts to rectify this blemish. The ultimate rectification took place much later, when he was being chased by Ishmaelites and had to urgently cross the Dniester. He did so without uttering a Name, strictly summoning his great faith in the God of Israel.

In a number of places it is told that in the many amulets that the Ba’al Shem Tov wrote for people, he did not use holy Names, as is generally done. According to one version, he would leave the parchment empty. Another version says that he would write his own name in the amulets.

The Ba’al Shem Tov did not want any intermediaries between him and God, and he instilled this in his disciples, as well. Even holy Names are intermediaries or tools. A person who believes with simple and complete faith in God does not need tools. All he has to do is to believe in God and to beseech Him, as it says in Psalms (37:5): “Commit your way to God, trust in Him and He will do.”

One who has nothing but his connection to God merits a good name. His own name illuminates and works like a holy Name of God.