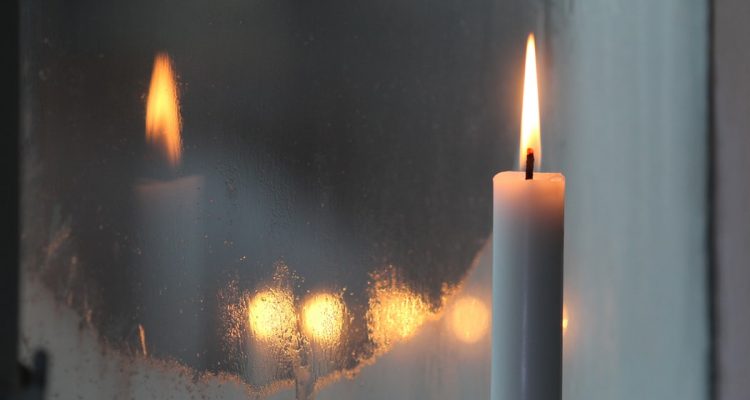 The Ba’al Shem Tov: Candles of Ice can also Burn

In the year 5579 (1819) the Rebbe Tzemach Tzedek (the third Lubavitcher Rebbe) held a farbrengen with his chassidim. “The Ba’al Shem Tov,” related the Rebbe Tzemach Tzedek, “loved light.” (In Hebrew light is ‘or,’ which shares the numerical value (207) with ‘secret’ (raz[1]). He who knows the inner secret of every matter can shine his light out to the world).

When the Ba’al Shem Tov entered, he said, “There has to be light for the Jews. My service is to illuminate the Jewish People!” The disciples said that they could not find more than just one candle. The Ba’al Shem Tov instructed them to go up to the roof and bring down icicles – and to light them! The students followed their master’s instructions with no hesitation, kindled the icicles, and they burned.”

Following this story, the Tzemach Tzedek sang a Chassidic melody with great devotion and said, “For the chassidim and disciples of the Ba’al Shem Tov, candles made out of ice burned. But for today’s chassidim, all is darkness and cold.”

The Rebbe Rashab would tell this story and conclude, “My grandfather (the Tzemach Tzedek) revealed the ‘ever-burning flame’[2] of the soul – that Chassidut can illuminate chassidic homes so that no matter where they are, even at the very ends of the earth, they will succeed in shining forth the light of Torah.

The Light of Torah

Torah illuminates the world. At first, it may seem that it lights the world only from the outside, or that it remains above the world, far removed from reality. But the more that we merit to reveal the secrets of the Torah, the more we understand that the light revealed by the Torah quite literally comes from within the world. Thus, when one knows the deep secret of ice – it can also turn into a candle.

A similar story already took place in the time of the Talmud. Rabbi Channinah ben Dosa said to his daughter, “He Who told the oil to burn, will tell the vinegar to burn.”[3] And burn it did. Our story is even more extreme, with frozen ice transforming into a warming fire.

In order to shine, a person goes through a process that is very similar to photosynthesis in a plant: first, he receives light from Above, the light of Torah. This light is integrated into the person’s soul, and merits him with the revelation of a secret. Afterwards, he can use the secret to illuminate his surroundings.

This process can be learned from two seemingly contradictory parts of the verse, “For his desire is only God’s Torah”, “And over his Torah he will pore day and night.”[4] Does this refer to God’s Torah, or the Torah of the person studying it? The Talmud explains,[5] “At first the Torah is called God’s Torah, but ultimately it is called ‘his’ Torah, the Torah of the person studying it.” First, the light of Torah illuminates the dark man, and later, the person himself can illuminate the darkness of his surroundings.

The Rebbe Tzemach Tzedek expressed dissatisfaction with the darkness and cold that he perceived in the chassidim of his era. The absence of the Ba’al Shem Tov and his candles spreading light and warmth was sorely felt. The light is in the intellectual faculties of the head. It is Divine knowledge, clear and pure. Those secrets of the Torah that illuminate the intellectual faculties also warm the heart with the holy emotions of love and fear for God.

In our story, it says that the Ba’al Shem Tov liked light. In another place, it is told that he would bless Jewish children to be warm Jews.[6] The farbrengen, where the Tzemach Tzedek told this story, is a platform for awakening the warmth of the heart of those participating.

The Rebbe Rashab’s additional words sweeten the dissatisfaction expressed by the Tzemach Tzedek. A tzaddik does not complain or criticize unless he intends to rectify the situation. The Rebbe Rashab explained that the severe lack that the Tzemach Tzedek felt is what brought him to redouble his efforts to kindle the fire in the souls of his chassidim and thus to illuminate chassidic homes.

We can conclude from this story that there was a certain “degeneration” in the level of warmth and enthusiasm of the chassidim. But Chassidut by nature is the revelation of inner secrets and those who study it are supposed to be candles to illuminate every generation, just like the generation of the Ba’al Shem Tov. What happened?

Degeneration is a natural process. Good, however, never gets lost. Instead, it finds other ways to express itself.

In the days of the Ba’al Shem Tov, his disciples were holy people. Even if they could not all kindle ice, they were all experts at illuminating and warming their surroundings. In subsequent generations, that special attribute passed from the individual to the public. This is the meaning of the light that illuminates chassidic homes. Chassidic homes shine forth love and fear of God simply and naturally. This is a clear advantage over previous generations.

Another rectification affected by the Tzemach Tzedek was that wherever his chassidim would be, they would succeed in shining forth the light of Torah. When the general light is weakened, the solution is to shine on another person. “And (I have learned) from my students more than from anyone else.”[7] Returning light ascends from the receiver and shines on the giver in a never-ending cycle. One flame joins the next, fertilizing and empowering each other ten times over.

In our generation, we see how all the enthusiasm that was invested in previous times for the service of prayer is now an irrepressible driving force for the mission of shining the light of Torah literally to the very ends of the earth.

Photo by Anne Nygård on Unsplash

[6]  See Rabbi Ginsburgh’s book, Sod Havayah Liyerei’av, section 29 (Shemesh Havayah) where it is explained that the sun has four attributes: light, warmth, healing, and growth. Light and warmth come together in the Ba’al Shem Tov. He also had the other two traits. He was a Master of the Name, meaning that he was a healer of body and soul. In addition, he was a “planter of charities and grower of salvations” for both the entire People and individuals at all times.

Q: I am feeling a

Rebbe Dovid of Lelov “A