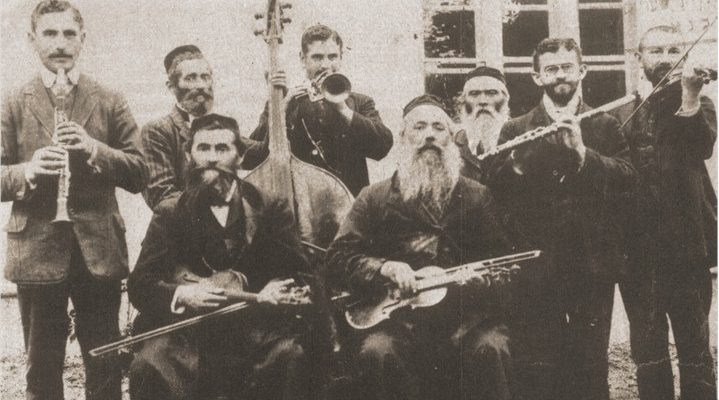 When the Ba’al Shem Tov was ten years old, he was already a member of the cohort of hidden tzaddikim. When he was seventeen, he would visit various villages to encourage the Jews there and strengthen their faith in God.

Once the Ba’al Shem Tov came to an agricultural community. It was the middle of the summer and rain had not fallen for a long time. The crops in the fields and the vineyards were dry and all the animals were sick.

The Jews in this village were God-fearing and did what they could to repent. When they saw that their efforts did not help, they decided to bring a maggid, a spiritual orator, to reprove them and awaken them to repent more deeply.

All the villagers gathered in the synagogue to hear the maggid. He didn’t mince words and bellowed out a fire and brimstone warning. The poor villagers sobbed from the depths of their hearts.

The Ba’al Shem Tov was also in the synagogue. “What do you have against these Jews?” he cried out to the maggid. Then he turned to the villagers and said, “Come, dear Jews. Let us dance together and after the afternoon prayers, it will rain.”

At first, the villagers eyed the Ba’al Shem Tov suspiciously. Perhaps he was a scoffer, God forbid. But the Ba’al Shem Tov proceeded to bring proofs from different sayings of the sages and they were strengthened in their faith in God’s salvation. Together with the Ba’al Shem Tov, they went outside the synagogue to dance. In the middle of the dance, heavy rains poured down from the heavens.

It is no secret that there was constant tension between the hidden-tzaddikim (including the Ba’al Shem Tov) and the reproving maggids. This explains the Ba’al Shem Tov’s tense face-off with the maggid in this story.

What is less clear, however, is the content of the Ba’al Shem Tov’s words. We can conjecture that the simple Jewish villagers really did not deserve all the fire and brimstone with which the maggid had threatened them. But what did the Ba’al Shem Tov mean when he said, “What do you have against these Jews?” And what was the “rain dance” all about? After all, the goal of both the villagers and the maggid was the same: Repentance with tears of genuine sorrow in order to merit God’s salvation.

Tears and repentance go hand-in-hand. In all the holy books, bitter tears are important: they testify to the authenticity of remorse. They are the first response to the penitent’s feeling of distance and loneliness. The tears are like a voice that ascends from the depths of the innermost point of the heart and resounds in the penitent’s ears, breaking the down all barriers and cleansing the after-effects of the sin.

The Arizal teaches that the Torah’s words, “And she shall weep for her father and her mother for a month of days”[1] spiritually describe the essence of the month of Elul.  Eul is a month of tears that extend into the Ten Days of Repentance, the ten days from (and including) Rosh Hashanah to Yom Kippur. It is only after the bitter preface of these 40 days, which brings the penitent to true lowliness, that it is possible to truly rejoice in God in, “the time fo our joy”—the festival of Sukkot.

For the general public, there is a time for each of these emotions. Fear and tears are for Elul and the Ten Days of Repentance, while joy is reserved for Sukkot and Simchat Torah. For people of great spiritual stature, however, these two opposing emotions exist simultaneously: “Tears are anchored in the heart on this side, and joy is anchored in the heart on that side.”[2]

How is it then that the Ba’al Shem Tov prescribed joy to the simple villagers in our story and in many other stories?

At every opportunity for repentance, rectification and matters of the heart, the Ba’al Shem Tov would always insist on joy. In subsequent generations of Chassidut we also discover that even if the service of tears was not completely sidelined, it took on less and less importance. The Ba’al Shem Tov knew what was taking place in heaven. He knew when in heaven, the way in which the world was being run was changing. The Ba’al Shem Tov knew when souls, for whom tears were no longer the direct path and main tool in service of God, had entered the world. He understood the depths of the implications of this change.

We cry because of our separation from God. We attempt to straighten out the crookedness that we created in our hearts. With our tears, we hope to launder and remove the stain that we imprinted on the purity of our souls. We stand before God as an errant servant, as a son who forgot his father.

The Ba’al Shem Tov taught that there is also the possibility of a sin that does not really separate one from God. That there is a sinner who, even in the midst of his sin, still believes in his Father in Heaven. What exists in the depths of the soul of every Jew, illuminates simple Jews from head to toe. In truth, a Jew has never really sinned. Just as the tzimtzum (the contraction and “removal” of God’s infinite light in order to allow for the creation of an independent reality) is not to be understood literally, so a Jew will never wholeheartedly desire to transgress and separate himself from God for even one moment, God forbid. This is particularly visible in simple Jews.

The simple villagers in our story did not sin because their hearts were crooked. Their sincere desire to return to God and their bitter tears were testimony to the purity of their souls and to the fact that they were really not guilty. Simple Jews sin due to lack of knowledge, which is actually the result of difficult life circumstances, which the Creator has brought upon them for their specific life-mission.

A more learned Jew generally needs to work hard to awaken himself and doesn’t immediately cry when he discovers that he has sinned. But, simple Jews cry from the depths of their hearts with only a hint that God demands something of them. In the story, their tears were just looking for an excuse—a scrap of guilt—and immediately fountains of faithfulness were unlocked and pure emotions welled forth.

Now we can understand how important it was to hasten the rectification of these Jews, and how mistaken the maggid really was for thinking that he must intensify their sobbing and multiply their tears. There was no barrier between these Jews and our Father in Heaven. Abundant good was waiting just outside their doorstep. All they had to do in order to draw it into reality was to rejoice in God.

Those simple Jews, who in their generation were distinct from the other, more learned Jews, are the prototype of all the Jews in our generation. In the days of the footsteps of the Mashiach, we are all likened to simple and lowly ‘heels.’ Jews with simple holiness that permeates and illuminates even the lowliest of places are symbolized by the hardened heel. The previous generations enjoyed great spiritual accomplishments through their Divine service. We are like dwarves on the backs of giants. We feel close to God thanks to utter simplicity.

Both at the time of sin and the time of repentance, more than we stand before God as servants or sons, we appease Him as a wife appeases her husband. There is no distance, there is no separation. Rather, we feel the intimacy of, “a bone of my bone and flesh of my flesh.”[3]

The service of tears is still pertinent because lowliness and the depth of the feeling that something is missing will always exist. But the wife of the King does not conduct herself like his servant or his son. A husband does not want a weeping wife but rather, a happy wife. The close covenant between them is strong enough to shorten the process of remorse and forgiveness and to position the main approach of both the general public and the individual at the pole of joyousness and dance.

The sixth Lubavitcher Rebbe, Rabbi Yosef Yitzchak Schneersohn, described this trajectory in his words about the 18th of Elul—the Ba’al Shem Tov’s birthday and the day on which he revealed himself publicly: “The 18th of Elul is the day that brought and brings vitality to Elul.” On this day, new life was breathed into the service of repentance, life that issues from wondrous sources of faith and confidence in God, revealed to us by the Ba’al Shem Tov.