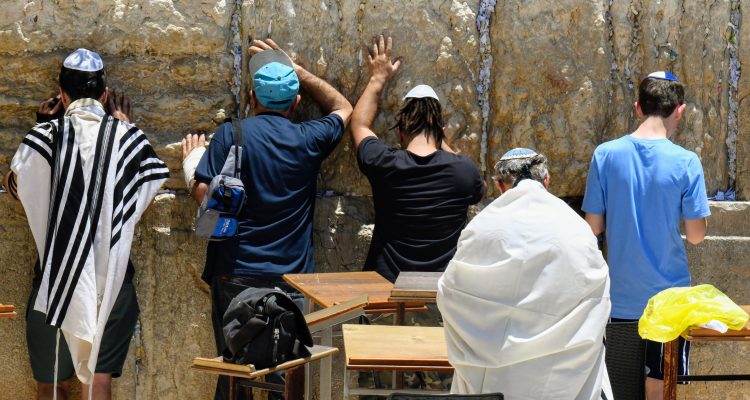 Translated from Rabbi Ginsburgh’s Or Yisrael (vol. 2, p. 211), a three-volume anthology of stories of the Ba’al Shem Tov with commentary.

It was said in the name of our holy master, the Ba’al Shem Tov, about  a Jew who is preoccupied all day with his business in the streets and marketplaces, and he almost forgets that there is a Creator, and only when it is time for the Minchah (the afternoon prayer), he sighs in his heart when he contemplates on how the day has nearly been spent entirely with the fleeting vanities of the world, and he runs to a side alleyway and prays the Minchah prayer, even though he does not know what he is saying at all. Nonetheless, it is important and very precious to God, and his Minchah prayer pierces the heavens.

Service of God in general and especially prayer depend on our intellect. The prayers of a person with higher or high-minded intellect flow more easily from his lips and are more illuminated. The preoccupied Jew in our story does not have any revealed propensity for the intellect, certainly not for expanded intellect. The only intellect he exhibits is the sigh he voices as he runs to pray the Afternoon Prayer. This sigh is the sole weak remnant of the intellectual attribute of knowledge, whose inner experience is union—the sigh is an expression of his feeling of union with God, which he would like to realize more fully but cannot because of where his life has taken him.

The pleasure that God takes from the service of the created beings is compared by the Maggid of Mezritch to the pleasure that a person has while observing a talking bird. Birds are not “supposed” to talk. But when a talking bird is brought before the king it is a source of delight. It is something novel, an extraordinary phenomenon, and it arouses much interest and great amazement. In the same way, the faltering speech of the Jew in our story, words of prayer that might be confused and inarticulate, they too arouse the greatest pleasure Above.

The Sixth Lubavitcher Rebbe, the Rebbe Rayatz wrote the following about the sigh of a Jew:[1]

We will not be saved by sighs alone. The sigh is just the covering of the key that can open the heart and the eyes so that we do not sit with our arms folded [taking no action].

There is a sigh that serves as an apology for lack of action and infirmity. Such a sigh comes to legitimize the present, and in effect carry the present state into the future, as well. But there is a different sigh, a sigh that does not attempt to replace action. Rather, it wells up from the depths of the psyche that is pained by the present state and is troubled by its distance from Godliness.

This type of sigh is very precious, for it is an expression of the deep connection between the essential point of the soul with God. Actually, it is not the person who consciously sighs. The sigh escapes from within him like a gift from Above (like the thought of repentance that suddenly enters the mind, with no previous preparation). Suddenly, he hears the essence of his soul sighing, and he is the first to be shocked by the truth in the sigh.

The sigh reveals to the person how much his soul strives for closeness with God and how far he has strayed in his life from this inner desire. The shock caused by the sigh is the best motivator for real action, which is the only thing that can improve his condition.[2]

The Fourth Lubavitcher Rebbe, the Rebbe Moharash, said the following about this type of sigh:[3]

Photo by shraga kopstein on Unsplash

[2] Likutei Moharan (Part 1, Torah 109) explains: The sigh that a person sighs over his sins or over his lack of apprehension is better than a number of self-imposed hardships and fasts. For a fast breaks the body, alone. But a sigh breaks the entire body (see Brachot 58b). In addition, it transforms the soul and its animals from evil to good. For the breath of man is the rope that connects the soul to the place of its root, for good or for the opposite, God forbid. And when he sighs, he is like an aspect of “You withdraw Your breath, they perish” (Psalms 104:29), and then he is disconnected from the rope to which he had been originally ties, and he connects to a different rope, according to the sigh.