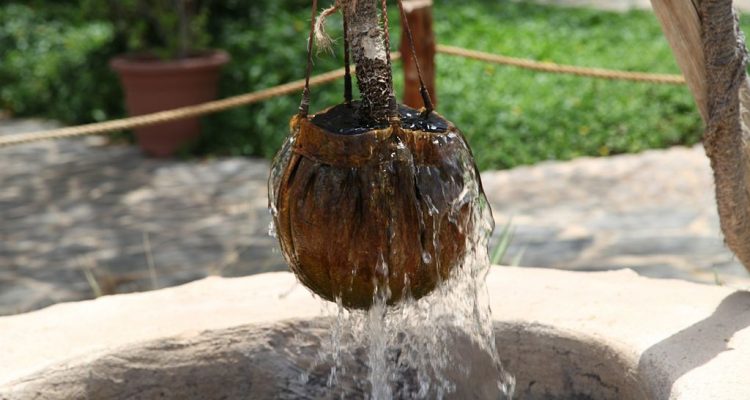 The Ba’al Shem Tov had a chassid by the name of Herschel. He was a simple commoner and excelled in his fear of Heaven. For his livelihood, he dug wells. From the day that he began to have intelligent understanding, he would never eat his bread with any sort of jam, eating only bread and salt instead. He provided bread and jam for his family to the best of his ability. But as for himself, he had never even tasted meat in his life.

Herschel knew the Five Books of the Torah and the Psalms by heart even though he did not know the meaning of the words well. There were places that he did not understand, but he would always repeat the letters of those words while working and walking.

Referring to him, the Ba’al Shem Tov said, “Herschel the well-digger has consciousness of Above!”

This, however, is not accurate. The Ba’al Shem Tov saw simple Jews as a manifestation of God’s simple oneness, complete simple sincerity with God, which reveals Him in the world in a manner more supreme than any other expression.

The three virtues that Herschel acquired through his toil reflect the complete service of simple sincerity. As with all processes, they follow the framework of submission, separation, and sweetening:

Similar to Isaac, Herschel was a well-digger. Well-digging is appropriate for a hidden tzaddik. A person toils, breaks open the hard earth and digs deep, until the waters ascend to meet him. When he finishes his labor, he goes on to dig the next well. People come to his wells and find water ready for them to drink.

This is the service of a hidden tzaddik. He sits alone in his room and performs his service of God, far from the eyes of other people. His toil of the soul, his prayer and his Torah study with self-sacrifice activate his surroundings. The very presence of a hidden tzaddik elevates the people in his sphere of influence, encouraging the deepest underground waters of their hearts to ascend and bubble to the surface.

In Kabbalah, an arousal from below is called the “ascent of feminine waters.” Like actual water, the waters of arousal need someone to dig and devote himself to this labor of love. God’s creations all receive pleasure from the tzaddik without even knowing it, similar to a poor person who receives charity and does not know who gave it to him.

A tzaddik like this knows but is not known. He may know that he is a tzaddik and that his service of God acts on reality and brings goodness to God’s creations, but he is unknown to them.

Heschel is in an even more concealed dimension. He is not known to his surroundings and not even to himself. If the Ba’al Shem Tov would have said that Herschel is a tzaddik, nobody would have been more surprised than him. His service of God acted on the world like a secret gift of charity at its loftiest heights, when a person gives charity and does not know to whom he gave and the receiver does not know from whom he received.[2] Herschel did not even know that he was influencing his surroundings at all.