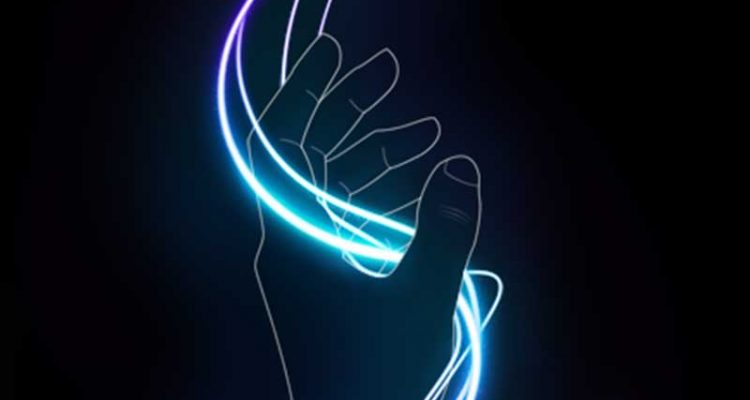 When the Jewish people in its entirety stood beneath Mt.Sinai to receive the Torah, they experienced a miracle greater than the exodus from Egypt and the Ten Plagues and more wondrous than the splitting of the Red Sea. The miracle that happened at Mt. Sinai was the revelation of God’s light to the world. At the Exodus from Egypt we are taught that, “The King of Kings, the Holy One, blessed be He, revealed Himself and redeemed them,” at the sea, “A maidservant at the sea saw what the Prophets did not see,” But, it was only at Mt. Sinai, that the entire Jewish people prophesized together, “All the people saw the sounds.”

A miracle is a revelation of Divine energy, which is liable to merely disperse ineffectively if it is not contained. The vessels that can contain the Divine energy revealed through a miracle are God’s commandments, the mitzvot of the Torah. Indeed, we see that each miracle of the redemption was accompanied by a commandment: the plague of the Egyptian firstborns and the Exodus were accompanied by the mitzvot of sanctifying the New Moon and the Passover sacrifice; Rashi quoting the sages states that the splitting of the Red Sea was accompanied by the mitzvot of Shabbat, the red heifer and various laws; and most obviously, at the Revelation at Mt. Sinai we received the Ten Commandments and subsequently, Moses received the entire Torah with its 613 mitzvot.

The relationship between Divine revelation and the Torah’s commandments can be explained using the basic pair of Kabbalistic concepts: lights and vessels.

As mentioned above, a miracle reveals Divine light, but, without a vessel to contain it, the light is prone to disperse. The vessel gathers the tremendous energy released, contains it, and by integrating it in our daily lives, allows it to be transmitted as a matter of traditional observance from generation to generation. Therefore, at every stage of great enlightenment we need the appropriate vessels to contain the light. Following this reasoning, the sages state that in order to redeem the Jewish people from Egypt, God gave them the commandment of the Passover sacrifice and had them circumcise themselves—otherwise the light of redemption would not have been properly integrated.

A similar need arose after the Parting of the Red Sea and the exuberance attained by the people with the Song of the Sea. Once they left the shores of the Red Sea, they came to Marah, where they could not find water to drink. The name Marah literally means “bitter,” not only describing the fact that the only water to be found was bitter, but also the psychological bitterness that many times accompanies the slump following an exhilarating experience. When the energy accompanying a spiritual experience disperses and we are left with only the drudgery of life, we may be prone to depression. To alleviate the bitterness that ensues and sweeten it, we need more Torah and more mitzvot.

At Mt. Sinai, the revelation was so powerful that the people in the camp were unable to bear it. So much so that they entreated Moses, “You speak to us and we will hear, but let God not speak to us, lest we die.” In fact, according to the sages, “with every commandment [they heard from God], their souls parted [from their bodies].” Great spiritual light descends to the world and immediately disperses but the mitzvot are a suitable vessel in which the great light of the Revelation at Mt.Sinai can be preserved.

In every generation, every Jew should feel that it is he himself who was redeemed from Egypt. The light revealed during the great events from the Ten Plagues to the Giving of the Torah is preserved in the vessel of the mitzvot. By, keeping the mitzvot throughout the centuries, generation after generation, our forefathers ensured that the great light of the Divine revelation experienced then remains with us even now.

613 candles and one great light

Another way of understanding the relationship between lights and vessels is to see them as principles and details. The light revealed at Mt.Sinai constitutes the general principle, while the 613 mitzvot are the myriad details that serve to contain the light. “For a mitzvah is a candle and the Torah is light.” Every commandment is a candle; a well-defined vessel that can contain the Torah’s light.

The many commandments with all their details and precise requirements (all written with such small print in the Shulchan Aruch) may seem  dark and detached from great spiritual light. Indeed, some people searching for the light, for exhilarating spiritual experiences, find it difficult to comprehend why we need the mitzvot at all. What purpose does the vast world of halachah (Jewish law) serve in our quest for spirituality? Isn’t it better to experience Jewish spirituality by singing songs with friends and playing the guitar? This is a common mistake. In fact, here in this world we need an abundance of vessels to contain the lights because only the appropriate vessel can help us integrate the light.

In the words of the Zohar, the 613 mitzvot are 613 pieces of “advice.” Just as appropriate practical advice can aid an individual in a moment of distress, so too every mitzvah is a vessel that contains light like no other mitzvah. If you want to find the lights that illuminate reality, just calculate the value of the word “lights” (אוֹרוֹת) and you will find that it is 613, the exact number of mitzvot in the Torah! Meaning that if you are looking for spiritual “lights” the place to find them is in the Torah’s 613 mitzvot.

In spite of all we have explained, the vessels still appear more lowly and mundane than the lights. The reality of routine mitzvah observance appears far less exciting than the spiritual fireworks that we experienced at Sinai. Nonetheless, since we inhabit a physical reality and Divine light is so spiritual and supernal, we need practical mitzvot to act as an intermediary to capture the light, contain it, and integrate it.

But the inner dimension of the Torah teaches us that in fact, “the source of the vessels is higher than that of the lights.” Surprisingly, the vessel containing the light actually emanates from a higher level than the light it contains. Above and beyond the Divine light revealed during the Exodus and the giving of the Torah is the even higher source of the vessels, which from our physical perspective appears absolutely dark. Therefore, in Kabbalah it is referred to as “the supernal darkness,” not because it is inherently dark, but because we cannot perceive its illuminated state. It is from the supernal darkness that the vessels through which we can integrate the light descend into our reality.

This is exactly what the Torah relates regarding the experience at Mt.Sinai. While the entire people stood at the foot of the mountain, saw the voices and the torches and heard God’s word—an incredible experience of Divine light―Moses had to enter the place of darkness and bring down the Torah from there! Mt.Sinai was shrouded in “darkness, cloud and fog,” three screens, one inside the other with each progressively darker than the last. “Moses approached the fog where God is,” and it was from this “thick cloud” that we received the mitzvot.

In the book of Yeshayahu there is an amazing expression that illustrates this idea, “And I shall give you the treasures of darkness and the hidden caches.” The greatest treasures are hidden in darkness, like a king who hides his most precious treasure in a dark, secret hiding place.

The treasures of the soul

When considering the human soul, or psyche, the vessels manifest as the three garments through which the soul expresses itself: thought, speech and action. The lights are the soul’s attributes and essential faculties, the personality as it is in and of itself. Here too, the soul’s expressive garments (or, vessels) seem much lower than its essential faculties. Yet even so, the three garments descend from the soul’s highest unconscious root, the three super-conscious heads of the crown, as explained in length in Chassidut.

Thus, the greatest Divine treasures are present in the vessels, the mitzvot, which we practice with the soul’s garments: thought, speech and action. This means that the vessel that eventually transmits the light, although dark by nature is not only subordinate to the great light that is above it, but actually expresses the “fog where God is,” the very same darkness that is high above the lights. Indeed, the word “treasures” (אוֹצָרוֹת) is composed of the word “lights” (אוֹרוֹת) with an additional letter tzadik (צ). The tzadik, the righteous leader of the generation, like Moses is not content with the lights experienced during moments of spiritual exhilaration, but enters deeper into the thickness of the cloud to bring the “treasures of darkness,” the 613 mitzvot. These are the 248 positive commandments and 365 prohibitions that we keep with our 248 limbs and 365 sinews.

Are You Male or Female? The...

Rabbi Ginsburgh on the most essential choices that we

Rabbi Noach of Lechovitz: The ...

The Rebbe Maharash: God Before...

The 3rd of Cheshvan is

Noach: Creation and its Affirm...