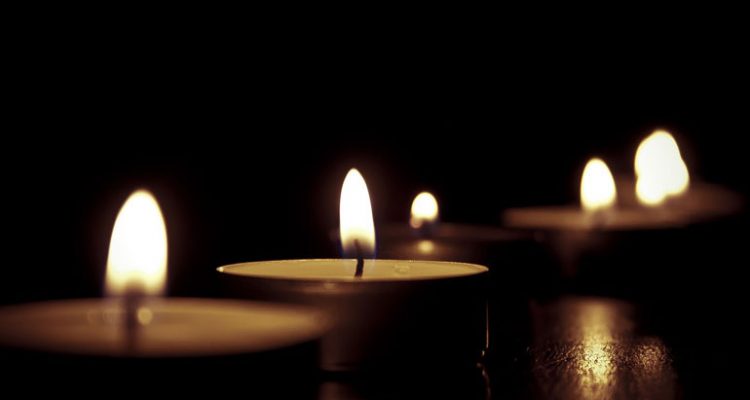 The five revelations of light that Moses received in his vision correspond to five Divine revelations that became potently manifest in the secret of the burning bush. By meditating upon the five interpretations of the burning bush symbol we reveal how Moses incorporated five souls into his one soul in order to redeem the Jewish people from slavery in Egypt.

After killing an Egyptian officer, Moses fled Egypt to escape Pharaoh’s wrath. At the age of eighty years old, working as a shepherd for his father-in-law, Jethro, he led his herd through the wilderness and saw an incredible sight―a burning bush that was not consumed. When Moses deviated from his path to take a closer look, God spoke to him directly out of his first prophetic vision.

Moreover, the Torah, is one unit that contains five books and is referred to as “light.”[2]

One way to interpret this correspondence is alluded to in the sages’ teaching that God hid the original light of creation and set it aside for the righteous individuals in every generation. Thus, Moses, as a righteous individual in his generation, was privileged to experience the five lights of creation that correspond to the five times the word “bush” (הַסְּנֶה) appears in his prophetic vision.

In addition to its appearance five times in one Torah section, one unique attribute of the type of thorn bush that Moses saw in his vision is that it had five leaves emerging from one common source.

The sages teach us that three leaves of the myrtle shrub represent the souls of the three Patriarchs, Abraham, Isaac and Jacob, the archetypal souls whose merit had stood for the Jewish people until Moses received his vision. The five leaves of the thorn bush that Moses saw revealed and prepared him for the fact that the Jewish people would be redeemed in merit of his and his brother Aaron’s additional two souls.

It is clear that the sages allude here to the fact that the number five is closely related to the secret of the Exodus from Egypt.

In Kabbalah, the three Patriarchs together with Moses and Aaron correspond to the five primary emotions of the heart as they appear in our service of the Divine: love of God; standing in awe of God; compassion for others; and confidence in God’s power to help us succeed. The fifth attribute of the heart is sincerity, which applies to persevering in our service with devoted dedication and simplicity, always acknowledging God’s presence in every avenue of our lives.

The symbol of five leaves exuding from one source taught Moses that he would need to incorporate the attributes of each of the five souls in his one soul in order to redeem the Jewish people from Egypt.

Just as the word “bush” (הַסְּנֶה) appears five times, so there is a complete spectrum of five principal interpretations that the Midrash[3] offers to explain Moses’ vision of the burning bush.

This teaching corresponds to loving-kindness, the attribute associated with Abraham, the first soul who Moses had to incorporate into his own soul. Abraham was the first individual who taught true monotheism to the world by teaching that God is omnipresent. This fundamental teaching of omnipresence arouses an inherent attraction in the soul and a desire to come closer to God. This corresponds to love of God, the first of the five emotive powers of the soul mentioned above.

This idea relates in particular to our patriarch, Isaac, in whose merit we will eventually be redeemed from exile.[6]

For something to be considered beautiful, it must include two or more attributes that blend together harmoniously. Thus, to perceive two opposites that exist simultaneously is to experience beauty. In the soul, the attribute of beauty manifests when one soul takes active compassion on another, merging with the other individual in empathic harmony.

Here, Moses’ curiosity reflects, in particular, the attribute of Jacob, who of all the three patriarchs was a “scientist.” Jacob meditated on Laban’s flock of sheep and experimented with them until he discovered the Divine secrets that governed their ability to reproduce. This type of Divine curiosity to examine and understand the wonders of nature is a way to approach God that reflects the sefirah of beauty.

Here, the fire no longer symbolizes Divinity, but is a symbol of the profane fire of the Jewish people’s servitude in Egypt that should naturally consume them, God forbid. According to this interpretation, the message that the burning bush held for Moses was, “I, God, have not changed, and you, the children of Jacob have not been consumed.”[7] The literal reading of this verse relates to the fact that the attempt to consume the Jewish spirit in this way would never succeed because the Jewish people are eternal.

Rabbi Shneur Zalman of Liadi, founder of the Chabad movement, taught that this interpretation offers a far more profound insight into the abovementioned verse, “I, God, have not changed, and you, the children of Jacob have not been consumed.” He stated[10] that the bush represents the Jewish soul, and the fire represents one’s meditation upon God’s essential transcendence, which is above physical reality that is constantly changing. When meditating upon this thought and integrating it, we would expect the soul be overtaken by the experience of God’s changelessness, so much so that it leaves the body altogether. However, this would result in the death of the body on earth, which is something that God does not want to happen. Indeed, the burning bush alludes to the fact that the soul is never consumed.

The Jewish soul “runs” in its aspiration to become a part of God even to the extent of leaving the body but is concomitantly committed to remain in the physical realm to make this earth into a dwelling place for God. This commitment is the prerequisite for the soul to return to its physical abode. Yet, by rising in its meditation towards the Divine, the soul is actually refined by the fire, which consumes every evil thorn that is attached to it.

In this way, by integrating the attributes of five souls that manifest in these five interpretations of Moses’ vision, he merited to redeem the Jewish nation from the Egyptian bondage.

[11]   The souls of Aaron’s two sons, Nadav and Avihu, were consumed by this fire when they voluntarily entered the Temple to offer incense, against God’s command.