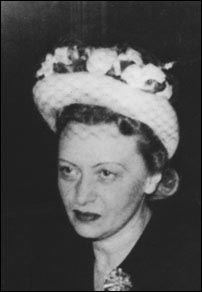 Rebbetzin Chaya Mushka Schneerson: A Lesson in Building the World

The 22nd of Shevat marks the passing of Rebbetzin Chaya Mushka Schneerson, devoted wife of the Lubavitcher Rebbe. What follows in an excerpt from a class given on the 22nd of Shevat 5757 to women in Rechovot.

The Purpose of Creation

The sages explain that “God created to do” means that when God created the universe, He gave the souls of the Jewish People―His human messengers on earth―the responsibility of completing creation through their deeds. By rectifying creation in this way, the Jewish soul consummates God’s initial creation. Thus, the closing statement of creation, “That God created to do” is infused with great significance; the ultimate purpose of creation. This is especially relevant to the function of the Jewish woman, as we shall see.

In Kabbalah, the woman represents the sefirah of kingdom, which is the final stage that assimilates all the energies from the sefirot above it, thus integrating the Divine influx into the lower realms and ultimately reflecting it all back up to the Creator. Thus, the sefirah of kingdom, the definitive feminine principle in Kabbalah, as with the concluding words in the account of creation, is also identified with the final purpose of creation.

Somewhat surprisingly, the Divine Name that appears exclusively throughout the first account of creation is the Name related to nature,[2] Elokim, while God’s Essential Name, Havayah, does not appear there explicitly at all. Nonetheless, there are several words in this account that have numerical values that are multiples of 26, the numerical value of Havayah (הוי’).[3] The most significant word that is a multiple of this number is the final word, “to do” (לַעֲשׂוֹת), which has a numerical value of 806, which equals 31 times 26. Now 31 is the numerical value of another one of God’s Appellations, pronounced Kel (אֿל).[4] From here we see that the secret of this last word, which is infused with the final purpose that God intended to complete and consummate creation, is the product of these two Names, Kel and Havayah.[5]

Indeed, in Kabbalah we find another allusion to the numerical value of “to do” and its secret meaning to the ultimate rectification of creation. This is because 806 is also the numerical value of a very significant Kabbalistic idiom, “Constructing Rachel’s persona” (בִּנְיָן פַּרְצוּף רָחֵל). This phrase refers to the most general feminine figure in the Torah, our Matriarch, Rachel. Since Rachel represents the entire Jewish People, completing her construction is the ultimate stage of the redemption process. “Constructing Rachel’s persona” is also often referred to as “constructing the [sefirah of] kingdom,” which, as mentioned above, is also a feminine concept in Kabbalah.

The Torah describes the creation of Eve, the first woman, with the words, “And He [God] constructed the side.”[6] The Talmud[7] learns from this verse that “additional understanding was given to a woman than to a man,” because the word “And He constructed” (וַיִבֶן) shares the same root with “understanding” (בִּינָה). A woman is called a “house,”[8] and with her innate understanding and insight, she is the one who builds the home, as the verse states, “The wisest women, [each] builds her home.”[9] So we learn that a woman needs to be “built,” and once she is constructed it is also she who has the innate ability to build. Rachel in particular is referred to as “the mainstay of the home,”[10] a reference to the foundations of a building.

Chassidut teaches us that God is re-creating the world at every moment. Inherent in the concept of constant re-creation is the concept of Divine Providence, because while at every moment He is recreating the substance of creation, He is also making events happen in either manifest or mysterious ways. To the extent that we are able to comprehend it, God is communicating with us through those events that relate to us. He is addressing us through them in anticipation of our response. Thus, the explanation of the phrase, “Which God created to do” is tuning into God’s creation (“Which He created”) followed by our integration of God’s communication through creation, and our subsequent correct response (“to do”). This is one example of “rectifying” reality.

God creates reality at every moment with an influx of Divine energy, which is referred to in the Torah as God “speaking” directly to reality, e.g., “Let there be light!”[11] Moreover, the Ba’al Shem Tov teaches us that not only is God constantly re-creating the substance of reality, but through His constant re-creation of the world, God is speaking to us. Everything that God does is a linguistic proverb that is asking something of us, and if we would only be able to understand God’s language and reply accordingly, creation would be rectified.

God’s speech, His kingdom, which creates and vitalizes our material world at every moment, is concealed by so many layers that it is very difficult to reveal it. In Kabbalah and Chassidut this is referred to as the “falling” of kingdom, which has been so distanced and concealed from God’s infinite light that it has no recollection of its initial state of union with the Divine, and experiences itself as a completely separate state of consciousness.[12] This is why reality does not always respond correctly to God’s messages.

An example of a proper response is in God’s command “Let there be light,” the response to which was, “And there was light,” which relates to the light that is reflected back from reality by God’s own words, as it were. “And there was light” (וַיְהִי אוֹר) has a numerical value of 238, the value of Rachel (רָחֵל), which indicates, as mentioned, that reflected light from the rectified sefirah of kingdom pertains to the construction of Rachel’s persona.

So we see that Rachel, the kingdom, is particularly related to language and speech. The ultimate “to do” is intercepting God’s words and “speaking back” to the Almighty in the correct manner[13] through our appropriate reaction to His Divine input.

A magnificent anecdote that beautifully illustrates the application of this principle in real life was told by Reb Chesed Halberstam, Rebbetzin Chaya Mushka’s aide and driver. Once when she went shopping, they approached a traffic jam that was caused by a large van that had parked in the middle of the street, preventing the traffic from moving. Reb Chesed immediately began reversing the car to make a detour to their destination. However, as he started to back the car away, the Rebbetzin stopped him. She explained that her father, the previous Rebbe, always taught her that whenever someone is confronted by an event, especially when he is on the way, it is by Divine Providence. As the verse states, “From Havayah are the steps of man prepared and his path does He desire.”[14] When one is on a journey, one is more exposed to Divine Providence than in any other context.[15] If we have refined our eyesight then everything that God shows us is providential, and we should learn the lesson it is intended to teach us, and act on it. So, said the Rebbetzin, we can’t just leave the scene without trying to understand the message that God is trying to convey to us. They got out of the car and saw that the van was a moving van, and that furniture was being removed from a nearby apartment. When they inquired, they discovered that a family was being evacuated from their home. The Rebbetzin located the mother of the family, a Russian immigrant, who explained to her that they were being evacuated because they were unable to pay the rent. The Rebbetzin asked how much they owed and she replied that the sum was 4,000 dollars. Immediately, the Rebbetzin wrote out a check for 4,000 dollars and told the van to take the furniture back into the apartment.

The female is more receptive to Divine Providence than the male. As we can see from the above story, this is a result of her firm belief that everything is from God. She also knows better how to respond correctly to God’s messages, which in the story is responding by writing and giving the check. This is the meaning of “To do” that we explained above, the last word of the creation account. By her correct response of writing out the check and giving it to the needy family, the Rebbetzin took the somethingness of creation (the painful evacuation of a family from their home), and returned it to a revelation of Divine nothingness (an act of loving-kindness that revealed the Godliness of creation).[16]

When we are receptive to God’s Divine Providence in this way, every scene is revealed as a Divine conversation between God and His creation. This conversation is consummated through our correct approach to the circumstances through our good deeds.

[5]     These two Names of God appear in juxtaposition in only one verse in the entire Torah, “Kel Havayah and He will illuminate us” (אֿל הוי’ וַיָּאֶר לָנוּ); Psalms 118:27. When he first mentioned the phrase “Mashiach Now!” the Rebbe explained that when he said “Now!” he envisioned the word written in Hebrew letters (נאו). This spelling has a numerical value of 57, which is the sum of the values of these two Names, Kel (31) and Havayah (26) and this was the Rebbe’s intention when he said “Now!” When these two Names are united, then Mashiach, the ultimate purpose of creation, appears “Now.”

[10]    “Mainstay” (עֲקֶרֶת) is conjugate to “barren” (עֲקָרָה), a word which is used in the Torah in relation to Rachel in particular (see Genesis 29:31). Moreover, the Rebbe would profusely use the phrase, “Action is the imperative” (הַמַעֲשֶׂה הוּא הָעִיקָר), where “imperative” (עִיקָר) also has the same root, and “Action” (מַעֲשֶׂה) is the same root as “To do” (לַעֲשׂוֹת).

[11]    In Kabbalistic terminology, the influx of Divine energy is called, “Direct light” (אוֹר יָשָׁר), and our reaction to it is “returning light” (אוֹר חוֹזֵר).

[13]    We see how this is achieved in the midrash which describes Rachel’s words to God, which He accepts and says, “Withhold your eyes from tears” etc. See, Eichah Rabah, introduction 24.

[15]    Elsewhere, it is explained that while in general we are in contact with the three lower levels of the soul (the nefesh, ruach and neshamah), while travelling one is more connected to the second highest level of the soul, “The Living Soul” (חַיָּה).

[16]    This is similar to the teaching of the Magid, the Ba’al Shem Tov’s successor, that God is re-creating the world from nothing at every second and simultaneously, through the mitzvot that they do, the tzadikim are returning God’s creation to nothing by recognizing and acknowledging that phenomenon of constant re-creation. In this way they manifest and reveal God’s “nothingness” in the apparent somethingness of creation. 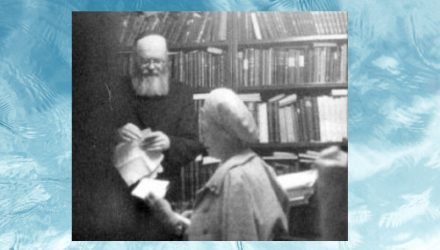 Rebbetzin Chaya Mushka Schneerson was born on the 25th of Adar 5661 (1901) to her parents, the sixth Lubavitcher Rebbe, the Rebbe Rayatz and her mother, Rebbetzin