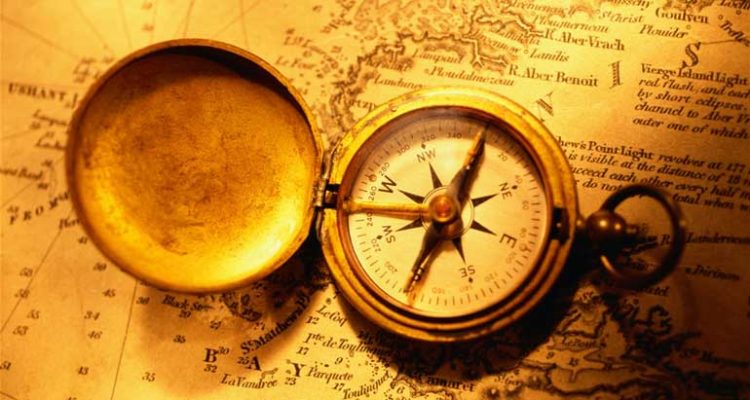 In some of our previous articles this year (5774), we offered a few two-word phrases that carry the initials ע”ד (that have a numerical value of 74). Another such phrase that is particularly appropriate to the Torah portion of Lech Lecha is “the depth of the south” (עוֹמֶק דָּרוֹם), which appears in the earliest Kabbalistic text, Sefer Yetzirah.[1] As this book is attributed to Abraham, the central figure of our present Torah portion, it is doubly fitting that we should discuss this phrase now.[2] Abraham himself was a traveler who is clearly associated with the south, as the verse states, “And Abram traveled back and forth to the south.”[3]

The general orientation of today’s maps is that south is downwards, and indeed, the Torah defines the eastern territory of the Land of Israel with the words, “and the border descends”[4] from the highest point, above the Kinneret in the north, down the Jordan River, leading to the Red Sea, where Eilat, the southernmost city under Jewish control today, is located.

However, in the Torah the south is often referred to alternately as the “right,”[5] and this too is most appropriate for Abraham who is the archetypal figure associated in Kabbalah with the right and with the sefirah of loving-kindness, which is represented by the right hand.[6]

Yet a third orientation of the map is found with regard to the layout of the Temple, where for someone entering the Temple (from the west), south was to their left. In this context, the sages teach us, “One who wants to become wise should turn southwards, because the menorah [representing wisdom] is in the south.”

To complete this meditation, we need to add the fourth direction, in which south is at the top of the map, where north is usually marked. Indeed, the sages explain that the meaning of the word “south” (דָּרוֹם) is actually two words that mean “Living at the height” (דָּר רוֹם), because when the sun is at its highest it is in the south.[7] This means that as one travels southwards, one is constantly “taking-off”; rising higher and higher in the spiritual realms. This concept of rising ever higher is the source of spiritual and material wealth. Indeed, if one takes a voyage beyond the border of Eilat, one reaches Ophir and Tarshish,[8] two countries that are renowned for their gold.[9]

In total, we see that the south is associated with all four different map directions!

Down: “And the border descends,” from which we learn that the south is at the bottom of the map.

Right: The loving-kindness of Abraham, the person who first; “travelled back and forth to the south.”

Left: “One who wants to become wise should turn southwards, because the menorah [representing wisdom] is in the south.”

Up: “Living at the height” (דָּר רוֹם), because when the sun is at its highest it is in the south.

The Wisdom of Removing Boundaries

There is a Chassidic interpretation that explains that the phrase “and the border descends” (וְיָרַד הַגְּבוּל) means that the border is dropped (i.e., that the boundaries are removed). This is referring in particular to social boundaries that divide people. Whether you belong to one community or another; whether you have this custom or that; whether you are more or less religiously observant; all these limit us in our social interactions. But when we travel further and further south, all these borders begin to disappear.

Removing boundaries can be achieved through either of two traits: joy or love. When someone is at his son’s wedding for example, he may reach such a high state of joy that even if his worst rival walked in at that moment, he would joyfully embrace him. Similarly, if we truly feel great love for each other, all the boundaries between us just melt away.

However, there is a limit to the boundaries that we can remove, as we learn from the borders of the Land of Israel. When we go too far south, crossing the final frontier of the Holy Land, we reach Egypt (מִצְרָיִם), the most suffocating constraints (מְצָרִים) of limitation. In Egypt one becomes enslaved by his own passions, and he may find it impossible to extricate himself from them. Egypt is somewhere we can only be redeemed from by a miracle, as the sages state, “No slave ever escaped from Egypt.”[10] This idea reflects the fact that God Himself put a limit to creation. This is the meaning of the Divine Name pronounced Shakai (שֿדי) that God put a limit to creation by saying “Enough!”

So the lesson we can learn from the Torah portion of Lech Lecha is that love is good, more love is better, but too much unbalanced love is self-destructive.

[2] Actually triply, as this class was given in the far southern city of Eilat!

[8] There are varying opinions as to what these countries are called today.

[9] Ships were launched there, in order to bring gold back to the Land of Israel. 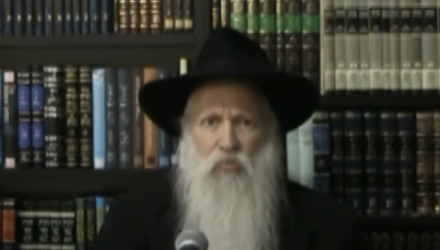 What is the true meaning of the time of Mashiach and how should we understand the fact that in our own times, well into the third era

The Inner Meaning of Infert...

Barren Women The first barren woman in the Bible

Teaching Torah to the World...

Rabbi Abahu said in the name of Rabbi Elazar: