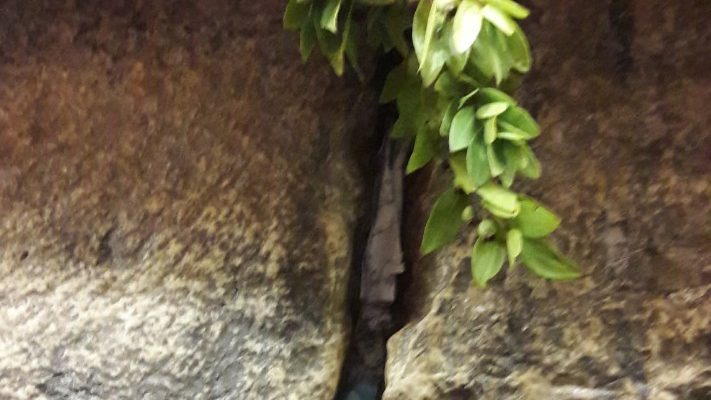 The true meaning behind our sorrows

After Tishah B’av we will entered the seven weeks of consolation, seven weeks in which God is viewed as comforting us for our losses, both on the personal and the collective levels. People have different reactions and different ways to relate with calamity. Following the Torah’s inner dimension, we can identify four such ways, which in turn correspond to the four letters of God’s essential Name, Havayah (yud, hei, vav, and hei). We will consider them in reverse order (from the finalhei, to the vav, to the higher hei, to the yud). Contemplating these will also give us deeper insight into the suffering that the Jewish people have endured throughout their history, up to and even including the Holocaust.

The first way that some people relate to suffering is with anger towards God. They look at what has happened and are angry at God whom they see as responsible for what has transpired. Their anger causes them to turn away from Him and His Torah, claiming that, “God has left the earth.” Although this unfortunate reaction cannot be condoned, their anger, misdirected as it is, actually attests to their ultimate belief that God is essentially only good. This is a very high belief in and of itself, and if they are able to see beyond their anger and return to God, they actually have the potential to reach the highest level of Divine service. The initial anger, together with the eventual return and elevation associated with this reaction, is represented with the final hei in God’s essential Name, Havayah.

Another way some people relate to a calamity is by seeing it as punishment for their sins. Maimonides writes that following every disaster that, God forbid, befalls us, we should take personal account of our sins. Relating to calamities in this manner provides an illustration of God’s rebuke, “If you treat Me happenstance, I too, will treat you happenstance.” What this rebuke actually says is that God will (at least seem to) treat us “measure for measure,” punishing us in return for our sins. But, actually, this approach attests to what is called “small-mindedness” or an immature view of our relationship with God, because it has us believe that God is just running an accounting service and for every misdemeanor He immediately strikes back. This indeed represents God’s “small countenance,” which the letter vav in His essential Name refers to.

The next level is to see how even within the harsh judgments that God sends our way there is still so much compassion. This aspect can be clearly perceived when we contemplate the abundance of amazing stories of people who were saved, often miraculously, from pending disaster. Considering the period surrounding the Temple’s destruction, the very fact that there the Jewish people were not completely wiped-out testifies to God’s mercy (He took out His fury, as it were, on the physical building that was the Temple, but spared the lives of many, allowing the people to survive). Similarly, during the Holocaust, the Nazis’ plans to destroy the Jewish population of the Holy Land, God forbid, did not progress and the Jews in the Land of Israel were spared. Even though God’s wrath spread like wildfire, nonetheless, we are still alive and breathing. Even within the devastating harsh judgments, we rejoice over God’s compassion, associated with the motherly womb (רֶחֶם), the Hebrew word for which is cognate with “compassion” (רַחֲמִים). The mother figure corresponds to the first hei of God’s essential Name, Havayah.

The fourth and highest level (corresponding to the yud of Havayah) is to understand that God sends us woes in order to bring us to a higher level of consciousness. To better understand what it means that God seems to be absent for our own benefit, Rebbe Hillel of Paritsch offers an insightful parable involving a Rabbi and his beloved student. In the course of teaching his student Torah, the Rabbi suddenly falls silent. From the student’s point of view, it appears that his teacher is angry with him because of something he did wrong. The student’s point of view is reinforced when suddenly his teacher walks out of the room and does not return. However, Rebbe Hillel explains that the truth is that the teacher is not angry with his student but is preoccupied with a sudden spark of new insight he has received. Since the nature of such sparks of insight is to fade away back into the super-conscious and disappear altogether if they are not captured immediately and meditated upon, the teacher is forced to ignore his student for a time, forsake the current lesson, all in order to capture the insight. Actually, the Rabbi has his student in mind when doing so, since his ultimate intent is to pass the new teaching on to his beloved student. God too has acted in this way, says Rebbe Hillel. In those times when He seems to be absent from our lives, in truth, He is actually preparing a new light for us to enjoy.