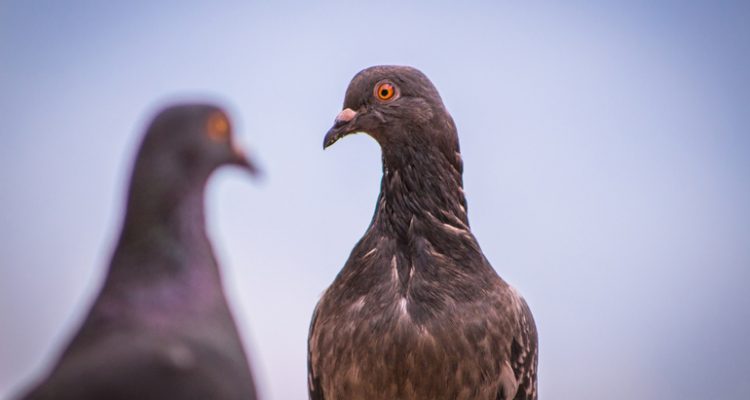 We Need to Talk…

The Torah portion of Chayei Sarah (lit. the “Life of Sarah”) is all about finding a match. A significant part of the portion―the longest and most detailed story in the Torah that deals with matchmaking―is dedicated to finding Isaac’s soul mate, Rebecca. In fact, Isaac and Rebecca appear to be the perfect couple in the Torah

There are three reasons why Isaac and Rebecca make the perfect couple:

Having now met the perfect couple, let’s make the most of this opportunity to learn some tips for a happily married life. Let’s focus on their interpersonal communication, which is the most critical key to a good marriage. It is interesting to note that, besides Rebecca’s words to Isaac,[3] concerning the problems that arose with finding Jacob a wife, no direct conversations are recorded in the Torah between Isaac and Rebecca.

This is interpreted to mean that the connection between Isaac and Rebecca is so profound and modest that we don’t even have the right to hear anything of it. From our perspective, the central events in the Torah occur before their marriage, not after. So let’s take a look at the preparations for Isaac and Rebecca’s marriage, and learn from them how to build a happy Jewish home built on sturdy foundations.

Let’s first analyze communication problems in a couple, taking into consideration the fact that these problems usually arise from the male side (our male readers will forgive us). Quite often, there is a tendency to retreat from speaking about problems and difficulties (whether they are physical or behavioral), because such a problem indicates weakness. No-one likes exposing his weak points and making himself look incompetent.

Moreover, beyond the embarrassment involved in acknowledging our shortcomings, both men and women also harbor an innate apprehension that mentioning them might undermine their entire relationship with their spouse. After all, each partner in the relationship adopts a role that matches their own self-image. If this image changes, when, for example the male doesn’t see himself as the charismatic, “macho guy,” he thought he was, the fear arises that the previous relationship will collapse.

This creates a situation in which a couple is unable to express themselves to each other, and this lack of understanding begins to snowball. Indeed, with reference to the primordial sin it is explained that it progressed from a lack of proper communication between Adam and Eve because Adam did not correctly explain God’s commandment to Eve.[4] And since that moment, we are still facing the same problem.

Is there a solution to this problem? How can we let go enough to reveal our whole heart to our spouse? To do so, we need to learn some valuable principles from Isaac and Rebecca’s marriage.

First, the most significant part of a couple’s relationship is their spiritual—not the material—relationship between them. This does not mean that a platonic relationship is sufficient, God forbid. The entire purpose of marriage is a tangible connection between a man and his wife, as the verse states, “And they became one flesh.”[5] But the relationship begins to flourish from the spiritual dimension, the connection between their souls, and from there it reaches the physical dimension. This means that any problem that a couple might encounter on the physical plane bears no threat to their actual relationship at all. They should feel free to discuss it without fear.

This principle stands out in the story of our match. Choosing Rebecca for Isaac is described at length with an emphasis on her noble attributes, reflected in her unparalleled kindness.[6] She is obviously a woman who can fill Sarah’s place, “And Isaac brought her into Sarah’s tent.” Isaac is a deeply reflective person (he dug wells both physically and spiritually), a dignified figure who goes out to pray in the field. The connection between their souls is the underlying foundation of their relationship and their physical connection reflects it and draws it into the world in practice. By considering their relationship in this way, they were able to overcome any difficulty―even years of discouraging infertility―while keeping the relationship vitally alive. Indeed, Isaac’s love for Rebecca only increased as time went on, “And she became his wife and he loved her.”

Another principle is the belief in Divine Providence. The theme of the story of Isaac’s match with Rebecca is the revelation that the Almighty is the one who makes things happen. Abraham’s servant Eliezer prayed that God send him the right girl for Isaac and Rebecca’s kindhearted act of serving Eliezer water and drawing more for his camels definitely hit the mark. Everything ran with such perfect timing, so much so that everyone whole-heartedly acknowledged that, “This thing came from God.”

This match is a blueprint for the entire matchmaking world. Finding a suitable partner sometimes seems an impossible task, as the sages state, “Finding a mate is as challenging as the Splitting of the Red Sea.”[7] Still, a seemingly unrelated chain of circumstances can bring a happy couple together to announce the most important decision of their lives. This is no coincidence since God Himself is the one who makes matches.[8] When we see the happy couple, we too can sense a touch of the Divine Providence that directed it all and brought it to its culmination.

The couple’s responsibility is to preserve this awareness throughout their marriage and to remember constantly the third partner in their marriage—the Master Matchmaker. The third partner is with each couple all the time, supporting, helping and directing them. Together with this consciousness comes the realization that, “Everything that God does is for the best”[9]; even when there are difficult issues, “This too is for the best.”[10] The stronger and closer to hand this belief is for us, the easier it is to talk about our problems, shortcomings and weaknesses. An individual who feels alone in the world is unable to admit his insignificance, because for him, doing so is tantamount to suicide. However, someone who senses God’s Divine Providence and support, His infinite compassion that surrounds us at all times, can acknowledge his lowliness and shortcomings without feeling devastated by them. There is no need to adamantly stick to the particular image I had of myself until now; I can discover new facets in myself without the ground swallowing me up.

Obviously, it is best that the couple deals with their issues as a team, reinforcing one another in their belief in the Third Partner. Then the honesty between them will grow, communication will flow and their relationship will become deeper.

The complementary principle is prayer. The Torah depicts the first meeting between Isaac and Rebecca as a meeting of prayer: “And Isaac went out to meditate in the field toward evening.”[11] Pouring out his dialogue with God in the afternoon, Isaac looked up and saw camels approaching, while as Rebecca rode her camel, she was captivated by the sight of the dignified figure standing in the field talking with God.[12] Moreover, Isaac was actually praying that he find his match at that same moment (as some commentators explain), and his prayer was answered immediately! Although the match had already been successfully sealed before Isaac met Rebecca, true prayer is the realization of the verse, “Before they call [out in prayer], I will yet answer.”[13] God prepares the response to our prayers before we even turn to Him.

Prayer continues to accompany Isaac and Rebecca throughout their life together. So, when it became clear that Rebecca was barren, it was only natural that they stood together in prayer, “And Isaac entreated God in the presence of his wife.” In other words, “He stood in one corner and prayed, and she stood in another corner and prayed.”

Not only is God in our presence, watching over us through the cracks, but we must play our part by addressing Him personally through communicating with Him in prayer. One very beautiful indication of Isaac (יִצְחָק) and Rebecca’s (רִבְקָה) special affinity to prayer is that the sum of their names equals “prayer” (תְּפִלָה).

A man and woman who build a Jewish home together, should provide a prominent place for prayer in the world they share – in the daily prayers on weekdays, Shabbat and festivals; by reciting Psalms and supplications, and even through the simple statement, “With God’s help” said throughout the day. When we get used to talking to God in prayer, our entire vocabulary is tempered, and more refined, and communication in the home is also influenced by the atmosphere of prayer and successfully makes contact with the deeper dimensions of our relationship.

Building a relationship on these foundations is a recipe for a happily married life, and for a Jewish home in which, “A man and a woman who merit it – the Shechinah (Divine Presence) is among them.”[14]

[7] Sotah 2a. The Talmud is discussing second marriages, however, in many Jewish works, this quote is applied to all marriage. 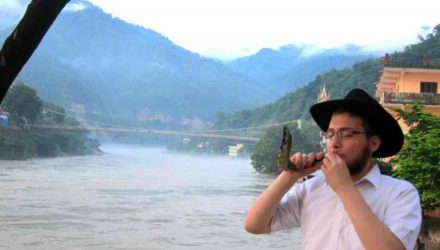 Noach: Wine and Its Discontent...

Noach was God’s messenger to