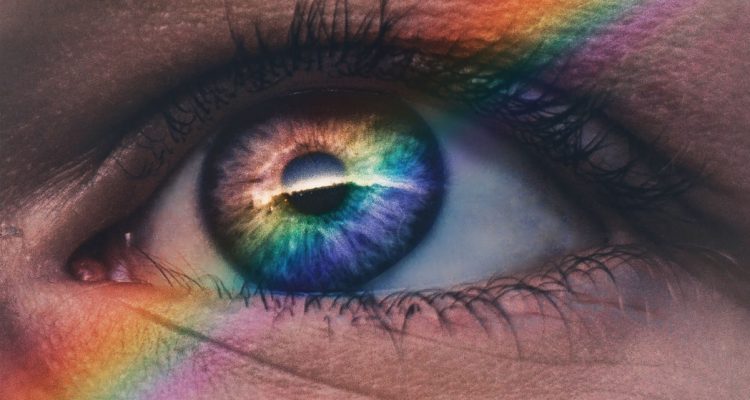 The Power in our Eyes to Reveal Blessing, Goodness, and Life

In his blessing to Israel at the end of his life, Moses says, “Israel shall dwell independent and securely, [like] the eye of Jacob“[1] (וַיִּשְׁכֹּן יִשְׂרָאֵל בֶּטַח בָּדָד עֵין יַעֲקֹב). The word “securely” (בֶּטַח, pronounced betach) is an acronym for Blessing-Goodness-Life (בְּרָכָה טוֹב חַיִּים). When we look at something, we should choose to see it from the perspective of blessing, goodness and life. The eye of anyone who continues the path of Jacob should be to focus only on these positive attributes, striving to bring them to the foreground.

If we look at the world without intentionality, we see a mixture of components, some of them positive, some not. But when we look with intention, we can choose what to see and we focus upon it; we actively imprint our sight on that aspect of reality. Seeing only the good in someone or something is a masculine form of sight imprint. It is akin to energy actively projecting out of the eye and embedding itself in the attribute that we choose to see—and not in anything else.[2]

The choice to look only at the good effects a tremendous power of clarification—the word Torah uses to represent the process of rectifying the world by releasing the sparks of holiness sustaining (and concealed within) reality. This process is connected with wisdom, as the sages state, “All is clarified with wisdom”[3] and the sefirah of wisdom is associated with the eyes, something we learn from the fact that the sages—the wise men—are described as, “the eyes of the congregation.”[4] The clarification that we effect with our positive power of sight – activating our good eye – judges other people and situations favorably. We see only the blessing and not the curse, only life and not death, only goodness and not evil. This is how the active sight imprint of the tzaddik (“and Your nation are all tzaddikim”[5] so this applies to us all) works. It is the power of “Betach badad ein Yaakov” to effect goodness in reality. Thus, the very last verse in the Torah says, “that Moses did in front of the eyes of all Israel”. Moses worked to rectify the nation of Israel’s eyes so that they would have the power of holiness to radiate and embed only those things that the eye is supposed to see: blessing, goodness and life. This is how the tzaddik judges others favorably and elevates them.

The Secret of the Positive Points

On the verse “and just a bit more and there will be no evil person, and you will look at his place and he is not there”[6] Rebbe Nachman of Breslev explains that when we see a person as evil, we are perceiving him with our animal soul. It is upon us to find the “just a bit more” in him, the point at which he is not an evil person, and see him in a favorable light.

When a tzaddik looks at a sinner, he judges him favorably by activating his good eye. He looks, contemplates and chooses to highlight the “just a bit” – the place where the object of his gaze is not evil.

If we strongly focus on someone’s back, he will suddenly and inexplicably feel it and turn around. This phenomenon exemplifies the fact that energy radiates from the eyes and influences reality.

The sages say, “Do not judge your friend until you reach his place.”[7] There are many different explanations of this saying. Following our exposition here, we can interpret it to mean that we should strive to have our positive gaze reach another person’s “place.” Not just where he seems to be, but where he really is—the “just a bit” that is his positive nature. What happens when our gaze reaches that place where a person’s essence really stands? Even though the gaze is seemingly a spiritual force, it is so strong that it affects the object of the gaze. And so, just as two physical objects cannot occupy the same place at the same time and therefore one will push and move the other, so the active power of our eyes’ positive gaze moves the individual we are looking at favorably.

In Chassidut, there is a very important concept called hazazh atzmit,[8] which we could translate as self-displacement. This refers to the power of the individual to motivate him or herself to change. Every return to God, every change of one’s essence begins with a shock that motivates us to move from where we are currently standing. But, sometimes, a person cannot displace himself. Sometimes, the power to move, to unfreeze ourselves has to come from someone or something else. Because we are all responsible for each other—“All of Israel are responsible for one another,”[9] it might be our gaze that motivates someone to move.

Once again, this can only happen if the light that emanates from our eyes reaches his place, his point of “just a bit more,” where we do not perceive him as evil. We have to connect to him and highlight his good points. Our good eye, along with our active sight imprint, reaches his good point and moves him – “and you will look at his place and he is not there,” because you have actually moved him forward and higher. If he began to move, he will continue to move, ascending from one level of holiness to the next. It might all depend on our positive gaze.

[2]  Eye imprint (טְבִיעוּת עַיִן) is a legal term used in laws pertaining to property. However, upon delving more deeply into these laws, it seems clear that there are two different types of imprint: the first is a passive type of imprint in which the object that is one’s property imprints itself on the owner’s sight. This is a relatively “reflected light,” type of imprint. This is how we can explain the opinion of the Yam Shel Shlomo one of the great commentators on the Talmud who writes that general sight imprint is based on a general impression lacking a conscious choice. However, seeing only the good in others is a categorically different type of imprint. It can be typified as an active form of sight imprint, one that is akin to what in Kabbalah is called “direct light.” It is unique in that it is capable of focusing on one component as per the intention of the heart.

Q: I have been suffering

Q: I am curious as