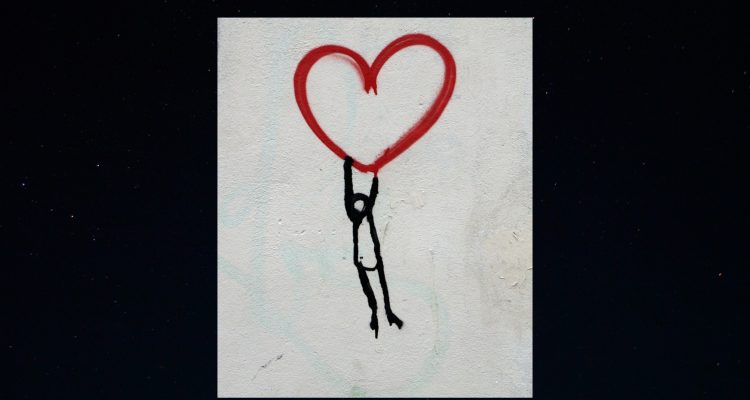 Can we be Happy and Sad Simultaneously?

How can we transform the mourning and sorrow over the destruction of the Temple into joy? The prophecies of doom to prophecies of comfort? The sorrowful prayers of Tisha B’Av to the dancing of Tu B’Av?

How can we fulfill the directive of Jewish law to feel sorrow, while simultaneously being joyous?

This separation in our souls between outward happiness and inner seriousness and worry is taken directly from the ‘inner world’ of G-d, Himself! Jeremiah the Prophet wrote, “In the hidden sanctum my soul cries”. Our Sages explain as follows:

“The Holy One, Blessed Be He, has a place, and its name is “mistarim” (hidden sanctum) [where He cries]…because of the pride of Israel that was taken from them and given to foreigners… Does G-d cry? Rabbi Papa said, there is no sadness before G-d, as it says, ‘Splendor and magnificence are before Him; strength and gladness are in His place.’ …The crying is in the inner rooms and the happiness in the outer rooms.”

In G-d’s inner rooms, in the hidden place called ‘mistarim’, He enters within Himself, as it were, and cries over the destruction and the lowly condition of His beloved children. But outwardly, in the place where He is revealed to His creations, He shows a laughing countenance.

So too, a Jew must feel. While he is happy and joyous on the outside, not descending into heaviness and laziness – inside his heart is broken. In the place where he feels the depth of the exile, he deeply mourns.

Is the outer joyousness just a show? Aren’t we supposed to feel genuine joy in our service of G-d?

Let us return to the Seer of Lublin’s room for the rest of his words to his new student:

“Believe me,” the Seer continued, we say the Tikun Chatzot (Midnight prayers over the destruction) with tears and mourning. Nonetheless, it is all with joy, as in the parable of our holy Rebbe Shmlekeh of Nicholsburgh: A king was once driven out of his palace and he came to stay with one of his subjects. When the subject saw the king in such a sad state, he cried uncontrollably. Nevertheless, he was happy that the king had come to stay with him. The Zohar describes this state as “tears in my heart on one side and happiness in my heart on the other side”. Both the sorrow and the joy exist simultaneously in the heart.

When the Temple, the palace of the King, was burned and the King went out into exile, where did He go? To our hearts! “From the day that the Temple was destroyed, the Holy One, Blessed Be He has nothing but the four cubits of Jewish law.” (Talmud, Brachot).  Inside every Jew, in his own private four cubits, something occurs that is akin to the indwelling of the Shechinah in the Temple. “And I will dwell in their midst” – inside each and every Jew.

Is the king happy to visit his subject? After all, his palace has been burned down, his entire court has ceased to exist, his subjects are dispersed and he, himself must flee from place to place – completely alone – finding temporary shelter in a small, dilapidated home. What can possibly encourage him in this situation?

The king is happy that somebody out there is happy that he has come to his home. He sees how loyal his subject is. He sees that all is not lost, that there are still people faithful to him, who want to restore his kingdom.

The ultimate goal, of course, is for the King to once again be revealed in all His splendor in His palace – and then the Shechinah in our hearts will be incomparably more revealed. Even now, though, deep inside, G-d is with us, wherever we are.

Even in the depths of our sadness, we can find solace and even happiness in the fact that we know that we carry our King with us in our hearts. This is the source of our simultaneous joy and sorrow and the place where we can actually turn the sorrow into joy and exile into redemption. G-d is with us wherever we are. And that makes Him happy, as well.

Photo by Nick Fewings on Unsplash

Nitai the Arbelite would say: