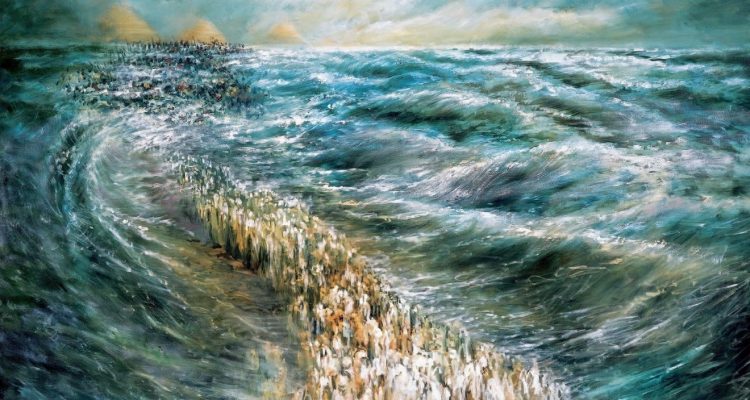 What is the special healing property of the month of Iyar, the month whose name is an acronym for “Ani Havayah Rofecha”/”I am God your Healer?”

Every holiday in the Jewish calendar is the source of healing for a different illness of the soul. The Seventh Day of Pesach, when the miracle of the Splitting of the Red Sea took place, heals the mental illness of paranoia – the feeling that we are  being pursued. But often, even when the danger subsides, we feel that we are still being pursued.  At the Sea, God showed us that the Egyptians were dead, “And Israel saw Egypt dead at the shore of the sea.” The sea disgorged the dead Egyptians so that the frightened Jews would see that they were actually dead and could pursue them no longer.

Yet, when we read of the Splitting of the Sea in the Torah, we read until the verse, “All the illnesses that I put on Egypt, I will not put upon you, for I am Havayah your Healer.” For although the pursuers were now dead, the trauma had not subsided. The impression of the trauma was still there, scarring the souls of the Jews. The shadow of their captors and oppressors still hovered over them. In addition, all the plagues that had taken place in Egypt – even though they targeted the Egyptians – still traumatized the Jews there.

Thus, God promises the Jews that He is their Healer. Paranoia is not only the erroneous feeling that one is being pursued. Sometimes there is an objective pursuer or source of trauma. After the danger has subsided, one would expect to feel relief. Most people, however, will feel that even after the pursuer is dead, he continues to pursue them in their psyches. The experience was so strong and traumatic that its impression lives on. Every day of the Counting of the Omer, most of which takes place in the month of Iyar, we are commanded to count because we are still in flight from Egypt – from the slavery, the straits and limitations that we suffered in Egypt.

Our souls are in the straits of layer upon layer of traumas and we must free ourselves of them. But how?

Healing through “I am Havayah”

In order to heal, we must connect to “I am Havayah your Healer,” the verse that seals the story of the Splitting of the Sea.  There are many verses in the Torah that end with “I am Havayah.” On the verse in the Torah portion of Emor that discusses the punishment of karet, “And that soul will be cut off from before Me, I am Havayah,” Rashi writes: “I am Havayah. In every place it is Me.” (Don’t think that you can escape the punishment of being cut off from God by hiding in a different place. I am everywhere. There is no place or time void of Me).

When we merit to say “I am Havayah” at the end of the Splitting of the Sea with the understanding that God is in every place and in all the circumstances of our lives, this is the cure for all the illnesses of body and soul – particularly paranoia. Paranoia is the result of all of our traumas and scars. It is what happens when our past pursues our present and our future. The understanding that “I am Havayah” – that God is everywhere, with us in all dimensions of time – is the cure.