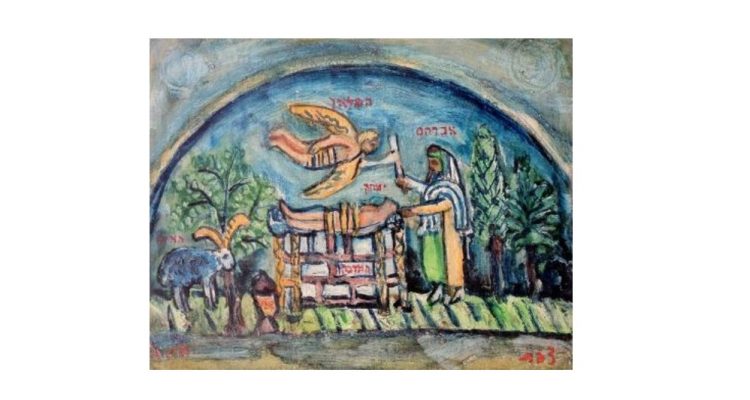 It’s All Up to You: The Unity of Divine Providence and Free Will

In the tension between the concepts of Divine Providence and free choice, Chassidut ‘dares’ to categorically adopt both extremes. On one hand, it emphasizes that everything – including our sins – comes about with specific Divine Providence. On the other hand, Chassidut explains that in truth, everything that happens, in reality, flows from man’s choice at the level of his soul root. This is highlighted by the sages who say that when God was creating the world, “with whom did He consult? With the souls of the righteous.” “And Your Nation (the Nation of Israel) are all righteous.”[1] God runs the world as per the will of the righteous tzaddikim. This is, of course, more obvious with revealed tzaddikim in the world, for whom the sages’ statement, “A tzaddik decrees and the Holy One, Blessed Be He fulfills (the decree), the Holy One, Blessed Be He decrees and the tzaddik nullifies (the decree)”[2] is the natural order of things.

This ‘extreme’ approach toward the tzaddik – and essentially, toward every Jew – makes it imperative to explain the negative events in our lives. On the surface, we certainly do not want any negativity in our lives. If we think about this deeply, this question is no less piercing than the question of how there can be evil in the world if all is conducted by Divine Providence. In fact, the explanations for these two phenomena dovetail, as free choice and Divine Providence unite here to become two sides of the same coin.

Let us contemplate on this through the prism of the first Jew, Abraham, who withstood ten trials of faith. Can we say that Abraham’s trials flowed from his own will? The question becomes even more penetrating when we consider the zenith of his trials – the trial of the Binding of Isaac. Can we possibly say that deep down, Abraham initiated this excruciating trial, which impacted not only on his own life, but on the life of his son, as well? And if Abraham indeed initiated this trial and it was dependent upon his will, how could he have misunderstood, thinking that he must slaughter his son, when it later became clear that God only wanted him to bind his son to the altar and then to bring him back, safe and sound?’

The essence of a trial is the concealment and indiscernibility of Divinity – the outcome of the power of severe judgment in the world – which is the opposite of Abraham’s attribute of loving-kindness. Thus, it is specifically Abraham, who began to illuminate the world with loving-kindness, who has to confront the darkness of the world and its trials. His confrontations are not just superficial. Just as both light and darkness are inherent in “one day” of the process of creation – “And it was evening and it was morning”[3] – so too, the attribute of severe judgment is inherent in Abraham, the icon of lovingkindness.  Thus, the trials that Abraham ‘invites’ upon himself are actually his act of confronting his own attribute of severe judgment. An example of this is Abraham’s failure to save Sodom, which reveals that deep down, he had also wrought severe judgment upon Sodom. For if he had truly wanted Sodom to be saved, he would have responded as a tzaddik, who nullifies God’s decrees (instead of negotiating with God like a lawyer).

As the trial progresses and he delves into his own depths, he recognizes that in truth, God’s will – which is actually his own most concealed will – is to achieve interinclusion between the attributes of lovingkindness and severe judgment. He must accept the attribute of judgment-fear of his son, which also resides within him.  (As is said to Abraham at the end of the trial of the Binding of Isaac, “Now I know that you fear God”[4]).  By doing so, Abraham reveals the unity in all sides of Creation – both the good and the bad, the illuminated and the dark. It is for this revelation that the world was created.

Rebbe Avraham of Slonim: A Per...

Q: How can I know