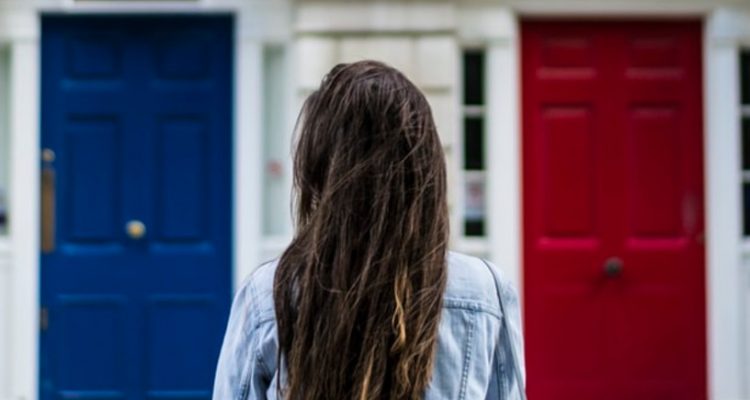 It’s Your Choice: The paradox of omniscience and free-will

The Paradox of Omniscience and Free-Will

The famous sage Rabbi Akiva expressed the paradox of God’s omniscience and man’s free-will with the phrase, “Everything is foreseen yet permission is granted”[1] (הַכֹּל צָפוּי, וְהָרְשׁוּת נְתוּנָה).

The ability to bear this paradox and any paradox is called in Hebrew, “the carrying of opposites” (נְשִׂיאַת הֲפָכִים). The verb in this idiom is the same verb used in “marriage” (נִישּׂוּאִין), suggesting that the ability to sustain a paradox reflects the ability to make a marriage work.

Applying this analysis of paradox as unifying two opposites that can be described as relatively masculine and feminine to one another, we identify God’s pre-knowledge (usually referred to as omniscience) with the masculine part of the paradox and man’s free-will to choose consciously with the feminine part. This is based on the essential differences between the masculine and the feminine. The male is more apt to look at life from above to below (from the perspective of “Torah from Heaven”) and to see that everything is foreseen. The woman, on the other hand, experiences reality from below to above (similar to how prayer originates below and aims above) and sees that “permission [free-will to choose] is granted.”

For example, on Channukah, the Torah (represented by the Talmudic sages) emphasizes the heavenly miracle of the flask of oil, which was not in man’s hands. At the same time, to our prayers we add, “On the miracles” (Al hanissim), a short prayer emphasizing the miracle of the victory of the Maccabees in battle, which was predicated on the heroism of the Hasmoneans down below. In fact, the awakening to go out to war and a main part of the self-sacrifice in that war came from women. This is also at the root of the male-female relationship above: “Everything is foreseen” by God, who is also referred to as the Singular One Who Knows All” (יָחִיד הוּא וְיוֹדֵעַ הַכֹּל; note that the initials spell God’s essential Name, Havayah) while free-will to choose is granted to the Congregation of Israel, envisioned as a feminine entity.

The balance between these two elements changes from person to person and from time to time. For most people, God’s omniscience is dominant. They experience their lives as if they were dictated and pre-determined from Above, while choice, if it exists at all, is limited and measured, appearing within well-defined borders. For tzaddikim, however, the power of free-will is dominant, allowing them to override Divine predetermination. As the sages say, “a tzaddik decrees and God fulfills [his decree], God decrees and the tzaddik nullifies [the decree].”[2] In addition, it seems universal that regarding the past, predetermination wins the day. Whatever already happened is what was supposed to happen. The element of free-will seems to apply only to the future and the decisions that I will make then.

Applying this principle of the “feminine ascending” to the paradox between masculine predetermination and feminine free-will, we find that as we progress, the element of humankind’s free-will to choose becomes more dominant in the balance between the poles of, “Everything is foreseen yet permission is granted.” As a result, no one, neither male nor female, should feel that his or her life is predetermined. Like Abraham, we must, “emerge from subservience to astrological calculations that divine the course of our lives”[4] even those “astrological signs” that seem to predicate our situation on heavenly decrees. We must sense that God has placed the destiny of our lives in our own hands. As the redemption approaches, we must reveal that, “And your people are all tzaddikim.” We all possess the free-will to choose the destiny of our own lives and of all reality.

The sages teach that one’s offspring, one’s health and life, and one’s livelihood do not depend upon one’s merits, but rather on one’s mazal (supernal effluence). This is certainly true regarding a person’s physical and emotional hereditary traits. Still, mazal should not be understood as an externally decreed fate, but rather, the unconscious soul root of the person himself, with whom God took counsel prior to Creation. More specifically, it is with this root of mazal that a person chooses his own reality and the conditions of his life for himself.

Awareness of this characterizes tzaddikim, who are conscious of their souls higher (and normally unconscious) dimensions. We too can become aware of this and change our perspective on the reality of our lives. Doing so changes our intuition and leads to the conclusion that, “I chose the basic conditions of my life for myself. These include whether I will be smart or dull, rich or poor, if I will have children or not, if I will be healthy or sick, a leader or a follower, if I will have a propensity for good or for evil, if I will be beautiful or unbecoming, and finally, whether I will be a male or a female. This last choice, which we have already made before being born into the world, also refers to the very possibility of choice in all other matters. I myself made these choices from the higher perspective of my soul root, knowing that it is specifically through these choices that I will be able to fulfill my soul’s potential to the utmost.

Thus, we should not flee from our lives’ circumstances and reality. They are our choices. Instead, we should uncover their depths and by doing so, invoke the changes that we desire. The more we perceive reality from this perspective, the easier it is to rise, make changes and bring the redemption. As the prophet Isaiah said, referring to the final redemption, “If they merit [through choice and endeavor], I [God] will hasten it.”[5]

Photo by Letizia Bordoni on Unsplash

The Alter Rebbe, the first