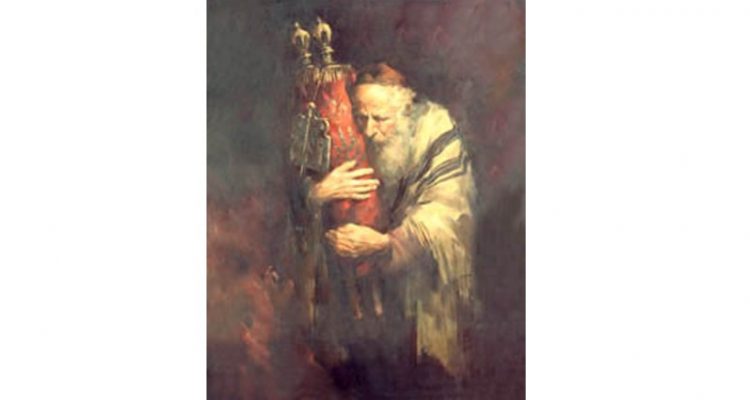 Nissan: Faith Inside Us

What is the loftiest of the human faculties? Seemingly, we should give our intellect, this title. After all, the difference between a brute and a human is the incredible intellectual ability of our brains. While this is certainly true, Kabbalah identifies an even higher faculty that transcends the intellect. Above the intellectual sefirot (wisdom, understanding, and knowledge), we find the super-conscious crown. The crown contains the faculties of the soul that transcend our consciousness. We are only indirectly aware of them but even though our knowledge is indirect, Kabbalah and Chasidut describe and analyze them in all their complexity.

The Zohar explains that the crown, consists of three parts known as “three heads.” In Chasidic thought, the two relatively lower heads are known as the faculties of will and pleasure. The month of Nissan, which opens the yearly cycle of months, parallels the highest head. The Zohar describes this power as “the head of all heads, the head that is not a head.” It goes on to explain that this head does not cleave to any wisdom or understanding. It does not know what it is and others do not know it. It is impossible to know it, for it is above any definition or limitation.

What is the parallel power of this unknowable head in the soul? What can we describe as being indescribable? This can only be the power of faith. We may think that faith is a product of the intellect. I saw something, I understood it and now I believe in it. The real process, however, is just the opposite. Faith precedes intellect and thus is situated above it. Faith is actually the cleaving of the soul to its Divine source. The role of the intellect is to reveal faith. We are all believers—even those who insist they do not believe. Their power of faith is simply concealed, but it still exists.

The Exodus from Egypt did not bring an end to the physical bondage alone. The entire reality of the Jewish people was deep inside the straits of Egypt, both spiritually and mentally. We were like a fetus, folded up inside its mother’s womb. How can we break out of the limitation? Only by revealing that lofty level that is never constrained and never limited: Faith. When the Children of Israel in Egypt begins to believe, their Exodus from Egypt began. At the climax of the Exodus (on the seventh day of Pesach) they reached a new level of faith, “And they believed in God and in Moses, His servant.”[1]

“In every generation [and every day], a person is obligated to see himself as if he himself has come out of Egypt.”[2] This is even more relevant on Pesach, the “holiday of our freedom,” when we sit as free people at the Seder table and relate and discuss the Exodus from Egypt.

How do we express our faith on the holiday commemorating faith? The (modest) guest of honor at the Seder table is the matzah, which the Zohar calls “the food of faith.” Even the numerical value of matzah (מַצָּה) equals the value of “the power of faith” (כֹּחַ הָאֱמוּנָה). Though faith resides in our super-consciousness, which is normally beyond experience, our ultimate goal is to ‘eat’ the faith and thereby internalize it. When faith is integrated into our conscious experience it becomes the sefirah of knowledge (da’at), the inner experience to which the entire soul connects. This is the special power of the matzah.

It is not, however, all about eating. Most of the time at the Seder table, we are talking, since the mitzvah of the Seder night is, “And you shall tell your son,”[3] about which the sages say, “the more one relates and retells the story of the Exodus from Egypt, the more praiseworthy.”[4] Speech is an expression of faith as in the verse “I believe for I speak.”[5] Wondrously, we can express the loftiest head of the crown, the faith that is undefinable, in words. The Hebrew word Pesach (פֶּסַח) can be divided into two words that mean “a speaking mouth” (פֶּה סָח). In Egypt, speech itself was in exile, ‘stuck’ in the narrow passage of the throat. Now, it is free, and we speak words of prayer and Torah—words of faith.

The Shepherd of Faith

Moses is the hero of the Exodus from Egypt. He is called “the faithful shepherd,”[6] but he is also the shepherd of faith. Moses teaches us the secret of faith. He guides us and feeds us faith.[7] Interestingly, Moses himself had difficulty speaking. This is because his soul came from a place so lofty that it was difficult for him to express himself with the tools of this world.[8] But this is specifically what affords him the power to give us faith, so much so, that we can speak words of faith.

The verse states, “And the tzaddik lives by his faith”[9] (וְצַדִּיק בֶּאֱמוּנָתוֹ יִחְיֶה). For the tzaddik, faith is his whole life. In truth, every Jew is a tzaddik. The numerical value of tzaddik (צַדִּיק) is 2 times the value of “faith” (אֱמוּנָה). Even the word “by his faith” (בֶּאֱמוּנָתוֹ) can be rearranged to spell “two faiths” (ב אֱמוּנוֹת). This alludes to the fact that the tzaddik is constantly striving to renew his faith and to reach a higher level of faith. For example, a person who grew up in an observant home must continue to search for his own special level of faith. “This is my God [referring to my faith] and I will glorify Him, the God of my father [referring to the faith I received from my father] and I will exalt Him.”[10] This is exactly what takes place on Pesach. Before the Exodus from Egypt, we had the faith bequeathed to us by our forefathers, Abraham, Isaac, and Jacob. Subsequently, we added our own faith—the great faith awakened by the exodus from Egypt.

Now we can better understand the verse we began with, “And they believed in God and in Moses, His servant.” Simple faith in God is the first level. I am a believing Jew and that is all. But when we believe in “Moses, His servant” we attain a higher level of faith in God. This is the precise role of the true tzaddik—to connect us to a new level of faith that we could not have attained earlier. We believe in God as He revealed Himself to Moses, the shepherd of faith. And then we and Moses become one.

Accordingly, Moses is not mentioned at all in the Passover Haggadah. He is already inside us.