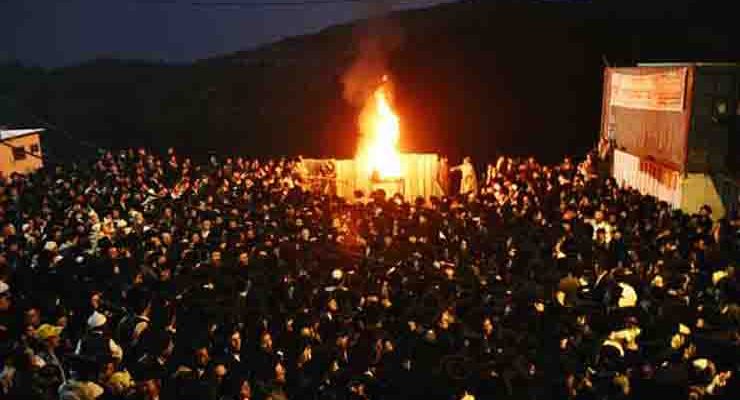 Rabbi Shimon Bar Yochai: Only You

In one of his short discourses (p. 461) the Alter Rebbe brings a wondrous midrash about Rabbi Shimon Bar Yochai. This midrash teaches us about the essence of the marital bond, from which we learn the essence of our relationship with God:

“A segulah (a charm) for children. [Also] the topic of bearing a son and daughter. For a son and a daughter represent love and fear.

It is written in the midrash:[1]

The husband prepared a great feast, at the height of which he called his wife and asked her in his joy to choose whatever she desired of his possessions to be hers and said that he would not refuse her anything.

What did she do? She served him so much wine that he became intoxicated and fell asleep on his bed. She then told her servant to take him on his bed into her bedroom in her father’s house.

The following morning, when he awoke and found himself in his wife’s home, he asked her why he was brought there—was it not clear that he intended to divorce her? She replied, “Did you not tell me that I could take whatever I wanted? I desire not gold, nor silver, nor precious gems, nor pearls. All I want is you. You yourself are the sole object of my desire.”

When the husband heard this, he became once again enamored of his wife and took her back as before. And in this merit, the Holy Blessed One granted them children [this is the end of the midrash].

The nimshal (the meaning enclothed within the parable) is in the saying regarding the verse, “I will give you to drink of spiced wine, from the nectar of my pomegranate,” where the pomegranate refers to the mitzvot, which the Jewish people are full of, in order to draw Him, may He be blessed, into our midst. For [they feel] as described in the verse, “Whom have I in heaven but You? And besides You, I desire nothing upon earth.”[2] Meaning, I have no desire for any goodness or pleasure, not the upper Garden of Eden and not the lower Garden of Eden. It is only You, Yourself that I desire. In the merit of this [feeling] one will merit to give birth to a son and a daughter in the psyche, which represent love [of God] and fear [of God], as above. And also in the physical world, one will merit to see offspring and live a long life.

One question that arises from this story is, why did Rabbi Shimon Bar Yochai send the couple to be divorced—with joy? We can point out that in many cases, great tzaddikim, including the Lubavitcher Rebbe, instructed couples who had been childless for ten years to remain married [in spite of the fact that there is good reason to tell them to divorce]. Why did Rabbi Shimon Bar Yochai not pray for them to have children from the outset?

We can say that Rabbi Shimon saw their profound love and wanted to elevate it to an even greater level—to the level of love, “with all your might.” This is the level at which one chooses the substance [of the relationship, of the marital bond] and not its manifestations. Rabbi Shimon knew that by reaching this level, they would merit children. The birth of children is the manifestation of the power of eternity, the power of the substance, which is expressed in reality specifically as a result of choosing to connect with the substance and not with its circumstances. This great love is the secret of true return to God. The root of this type of repentance is above the laws of the Torah. Thus, true repentance atones for non-fulfillment of the mitzvot. True repentance flows forth from the soul’s essential movement of cleaving to God. True repentance—the advice offered by God Himself [in response to the question brought in the Pesikta Derav Kahana 25:7, What is the punishment of a sinner?] is above the Torah’s advice that a sinner should “bring a guilt offering and it will atone for him.” God, however, says, “Let him repent and it will be atoned for him.”

The Alter Rebbe connects the story in the midrash with the well-known saying that he would repeat often regarding the verse, “Who have I in heaven but You? And beside You, I desire none upon earth.” The Alter Rebbe would quote this verse and then say, “I do not want this world of Yours and not Your World to Come—I want only You!” With these words, the Alter Rebbe teaches us that just as the devotion of the woman in the midrash, who wanted nothing but her husband, brought her to have children, so the Jew who devotes himself to God alone, without being distracted by other manifestations, will have the merit to give birth to a son and daughter in his soul—the attributes of the love and fear of God.

When the Rebbe couldn’t ...