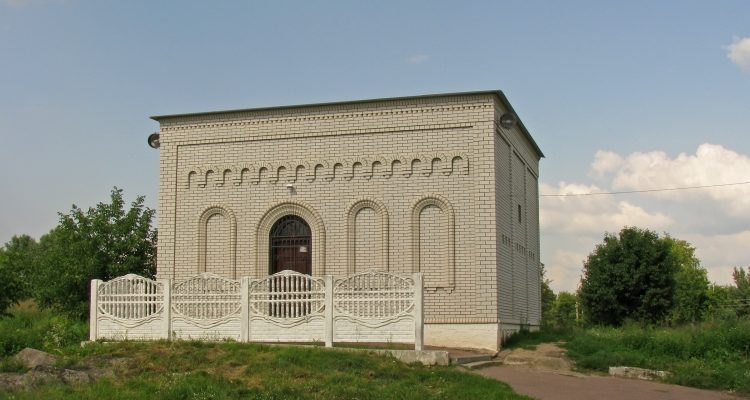 Known as the “the Jewish people’s defense attorney,” Rabbi Levi Yitzchak of Berditchev was one of the greatest disciples of the Maggid of Mezritch, Rabbi Dov Ber, the successor of the holy Ba’al Shem Tov. Rebbe Levi Yitzchak was born in 5500 (1740) to his father Rabbi Meir and his mother, Sarah Sasha. In his youth, he was known as the genius from Yeroslav. After his wedding, he went to Mezritch, where he studied with the Maggid for a number of years. Rebbe Levi Yitzchak was a rabbi in a number of cities and suffered greatly at the hands of the opponents of Chassidut. After he was removed from his position in Pinsk due to antagonism against the chassidim, he moved to Berditchev and established a Chassidic community there. He was known for always finding the meritorious side in whatever an individual Jew or the Jewish People did. His Torah teachings were published in the book, “Kedushat Levi.” Rebbe Levi Yitzchak passed away on the 25th of Tishrei, 5570 (1810) and was laid to rest in Berditchev. Out of great admiration for their rabbi, the Berditchev community did not appoint a rabbi to replace Rebbe Levi Yitzchak, and all the Torah giants who came after him were called judges or teachers – but not the rabbi of the town.

Rebbe Levi Yitzchak’s famous students include the Maggid of Kozhnitz, the Eshel Avraham of Butchatch, Rebbe Aharon of Zhitomer, Rebbe Avraham Dov of Avritch and others.

The holy Rebbe Yisrael of Ruzhin was younger than Rebbe Levi Yitzchak and considered himself to be a ‘receiver’ of his teachings. The Ruzhiner Rebbe said that simply saying Rebbe Levi Yitzchak’s name was already a ‘story’ and of immense benefit, including the power to nullify evil decrees from upon the people of Israel. (The Ruzhiner liked to tell stories of tzaddikim, particularly stories about Rebbe Levi Yitzchak).

In the Tanya, it is written that stories, particularly short stories, are from the sefirah of wisdom. A story about a tzaddik is above and beyond his Torah teachings because they show us his essence. The story is grounded in the supernal wisdom. “The One Truthful One” specifically illuminates in supernal wisdom. Thus, a story nullifies decrees and sweetens harsh judgments – not only from upon the teller of the story alone, but from upon the entire people of Israel. Mentioning Rebbe Levi Yitzchak’s name – even without the intent to sweeten harsh decrees – is thus a ‘story’ that sweetens all harsh judgments.

Rebbe Baruch of Mezhibuzh: Laughing at the Tzaddik

Rebbe Baruch of Mezhibuzh had the utmost respect for his contemporary, Rebbe Levi Yitzchak, but expressed it in a most complex manner. Rebbe Baruch would laugh at the Berditchever all day and even promised the World to Come to whomever would make fun of Rebbe Levi Yitzchak and tell uncomplimentary stories about him.

What was so funny about Rebbe Levi Yitzchak? He was in such great awe of God that when he would be praying, he could get so excited that he would turn things over, jump on the table and the like.

At the end of the prayers, Rebbe Levi Yitzchak asked Rebbe Baruch, “How did I pray?”

“It found favor in my eyes,” Rebbe Baruch answered, “but you could pray quietly.”

“You can pray quietly,” Rebbe Levi Yitzchak replied. “I cannot.”

Once a very wealthy, very secular Jew traveled to Berditchev especially to see the famous play. After watching the play, he thought that as long as he was already in Berditchev, perhaps he should go see the original. He went to see Rebbe Levi Yitzchak and returned to God and Torah through him, ultimately becoming one of the wearers of white garments who would sit around Rebbe Levi Yitzchak’s table.

The Seer of Lublin: Thank God for the Tzaddik

Another almost-contemporary of Rebbe Levi Yitzchak was the Seer of Lublin. The Seer said that he devotes time every day to praise and glorify God for sending the soul of the Berditchever to this world. The Seer looked at Rebbe Levi Yitzchak as a natural wonder. Just as we bless God for every wonder that we see, so he blessed and praised God for the greatest wonder in the world: the fact that the Berditchever was in it.

The Tzemach Tzedek: A New Reality in the Upper Worlds

From here we can learn a rule, that there are new things in the upper worlds that were not previously known – and as a result, new intentions in prayer are also born. Rebbe Levi Yitzchak always referred to himself with the name of his mother, “Levi Yitzchak the son of Sarah Sasha.” Sarah was also the name of the Ba’al Shem Tov’s mother, who would sometimes sign his name as ‘Yisrael the son of Sarah’.

The Tzemach Tzedek said that every Jew who has a problem and recites Psalms from the depths of his heart and asks to be saved in the merit of “Levi Yitzchak the son of Sarah Sasha,” opens the chamber of Rebbe Levi Yitzchak and his salvation is drawn down from there.

Making a model out of the four stories about Levi Yitzchak

We can correspond the four ways of relating to Rebbe Levi Yitzchak to the four letters of God’s Name, Havayah, in the order that the stories above were told:

Mentioning  Rebbe Levi Yitzchak’s name or telling a story about him – which sweeten and nullify harsh judgements in and of themselves, with no special intentions, correspond to the yud or the supernal wisdom (chochmah ila’ah). A short story (and certainly merely mentioning his name) are related to wisdom.

Rebbe Baruch’s mockery in order to arouse judgments on the service of Rebbe Levi Yitzchak (so that Heaven would not be content with him instead of the Mashiach) is the secret of understanding, the upper hei of God’s Name, “from where judgments are awakened.”

Praising God in wonder for creating such a tzaddik corresponds to the traits of the heart – the vav of God’s Name – particularly to the trait of beauty (tiferet), as explained in the Tanyah that beauty in our service of God is to glorify Him for the glorious things in His world. The Berditchever is the “glorious one of the generation” (as Rebbe Nachman of Breslev also said about him) and we praise and glorify God for bringing this soul – like none other since the creation of the world – down to this world. The vav also symbolizes drawing down from Above to below – drawing down this wondrous soul into our world.

The creation of a new chamber in Heaven is the secret of the lower hei of God’s Name, corresponding to the sefirah of kingdom (malchut), and to the secret of “chambers” [referring to a five part model root-soul-body-garment-chamber known in Kabbalah by the acronym שנגל”ה.] The main new Torah thoughts in every generation correspond to the secret of Malchut, specifically because “it has nothing of its own.” Recital of Psalms with an outpouring of the soul and saying Rebbe Levi Yitzchak’s name in order to be saved by means of that chamber also corresponds to Malchut. Reciting the Psalms of David the King Mashiach and the request for  personal salvation in the merit of Rebbe Levi Yitzchak is an aspect of “seal within seal,” corresponding to the secret of the sefirah of Malchut.

Rabbi Ginsburgh in Moscow with...