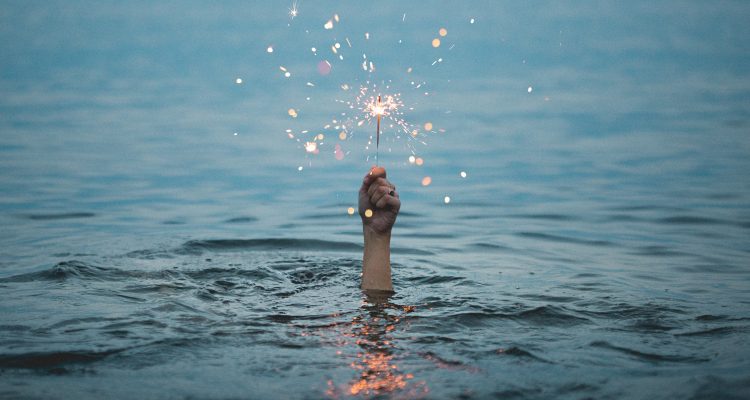 The month of Av is certainly extreme. Tishah be’Av (the ninth day of Av) is the lowest day of the year and then just a few days later, we are celebrating the fifteenth of Av with engagements and weddings. How can we make the transition from sorrow to joy, from descent to the depths and then ascent to the heavens, from the mourning of Av to the comforting of Menachem-Av, from black to white?

We can look at the destruction and the comforting as two different stages. Initially, a major tragedy strikes. All that we can do is sit and cry. Nonetheless, despite the pain, we manage to get ourselves together after the crisis. It is truly wondrous how after the black of night, the bright new day shines.

But that is not the entire picture. The true comfort binds the ninth of Av and the fifteenth of Av—the destruction of God’s home and the establishment of new homes—together.

There is a deep purpose in the destruction, itself. The destruction of the Temple was in preparation for the construction of the next Temple. This is the great secret of, “descent for the purpose of subsequent ascent.” You were standing tall, you thought everything was just fine. And then you fell into the abyss. After the fall, however, you can ascend to a place even higher than your starting point. You can discover new peaks that reach into eternity.

This is the purpose of the descent—to put an end to the initial situation, in which everything seemed fine—and to discover that there are things that are much, much better.

The Rabbi who Stopped Teaching

This can be better understood with a parable taught by Rebbe Hillel of Paritch, whose day of passing is on the 11th day of Av—between Tishah be’Av and the Fifteenth of Av. There was a great and wondrous rabbi who had a brilliant disciple. The rabbi would teach and the disciple would soak up his words. Everything was working beautifully. And then one day, in the middle of a Torah lesson, the rabbi began to stutter. The lesson was not flowing in the usual manner. Finally, the rabbi fell silent, got up and left. The disciple was devastated.

A few weeks later, the rabbi returned and began teaching again. This time, his words of wisdom were profoundly deeper than they had ever been.

What happened? The rabbi interrupted the previous lesson because he had suddenly grasped a completely new and deeper understanding of the material he had been teaching. Everything that he had taught until then paled in comparison with his new perception. That is why he had to stop. There simply was no point in continuing the old when the time has come to clear the way for the new.

This is what happened when the Temple was destroyed. Both the First and Second Temples did not achieve God’s ultimate purpose. They were glorious, but lacking. The Third Temple will be, “a new light on Zion.” A new light that has never shone in the world!

When the actual redemption materializes, we will be able to look back and see how the destruction paved the way for the Third Temple, how the plunge into the depths was in reality the wings of the great ascent.

Photo by Kristopher Roller on Unsplash

Q: Along with the great joy