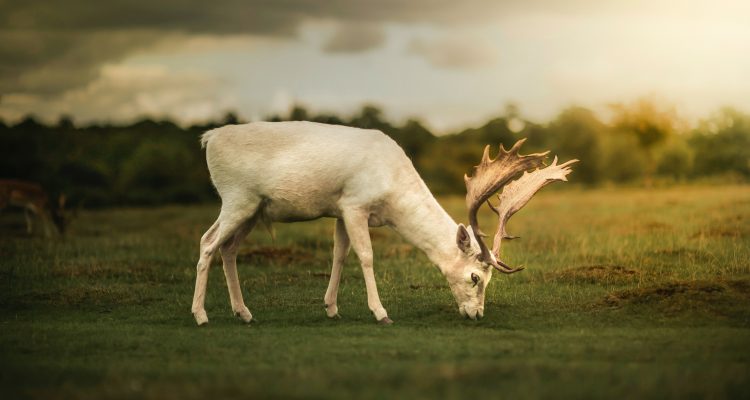 Re’eh: Paths of Divine Service: From Lithuania to Breslov

In Parashat Re’eh, the Torah restates that there are only a limited number of kosher cattle, “This is the cattle that you may eat, ox, sheep, and goat.”[1] However, this time, it adds a list of seven kosher animals that may also be consumed, “the gazelle, the deer, the roebuck, the ibex, the antelope, the buffalo, and the giraffe.”[2]

When we survey this list from the point of view of Chassidic teachings, we find that it clearly corresponds to the ten sefirot. The three species of kosher cattle (ox, sheep, and goat) correspond to the first three sefirot, crown, wisdom, and understanding; the seven kosher animals correspond to the seven sefirot of the heart—loving-kindness, might, beauty, victory, thanksgiving, foundation, and kingdom.

More in-depth, each of the kosher species represents a particular state of being. The three species of kosher cattle represent states of observing and performing the Torah’s commandments, while the seven species of kosher animals represent different pure and holy approaches found in the service of the Almighty. Indeed, a wondrous allusion to this last idea—that the seven kosher animals symbolize different paths, each unique and equally desirable, in the service of God—is that the numerical value of their Hebrew names as they appear in the verse (אַיָּל וּצְבִי וְיַחְמוּר וְאַקּוֹ וְדִישֹׁן וּתְאוֹ וָזָמֶר) is 1568, or 224, the value of the word “path” (דֶּרֶךְ) times 7. In other words, the average value of each animal is the same as the gematria of the word “path” (דֶּרֶךְ)—i.e., a unique path or manner of Divine service. 1568 is also the value of a very important verse describing the path of serving God, “In all your paths know Him and He will straighten your way”[3] (בְּכָל דְּרָכֶיךָ דָעֵהוּ וְהוּא יְיַשֵּׁר אֹרְחֹתֶיךָ ).

Let us now specify the seven pure paths of Divine service and how each corresponds to one of the 7 kosher animals.

Let us sum up the full correspondence in the form of a partzuf:

Photo by Zoltan Tasi on Unsplash

[2]. Ibid. 14:5. It is important to note that the identification of the 7 kosher animals is not exact. We do not have a clear tradition about which animals the Torah is referring to.

[3]. Proverbs 3:6. The gematria of all 10 kosher cattle and animals is equal to that of the verse (Isaiah 25:1), “Havayah, my God, I will exalt You and praise Your name for You have given wondrous advice from afar, with enduring faith” (י־הוה אֱ־לֹהַי אַתָּה אֲרוֹמִמְךָ אוֹדֶה שִׁמְךָ כִּי עָשִׂיתָ פֶּלֶא עֵצוֹת מֵרָחֹק אֱמוּנָה אמֶן). Each of the kosher species exalts the Creator and teaches us a wondrous path of Divine service complete with advice that is far-reaching in instructing us in the ways of faith.

[6]. It must be stressed that the masters of the Lithuanian methodology are not opposed to the teachings of Kabbalah and most delve into it in private. But there are others who completely invalidate the inner dimension of Torah. Their path can no longer be included among the kosher animals/paths of Divine service. Such an outlook is like Esau’s—Isaac’s spiritual waste. Indeed, the midrash describes that, “Esau’s head lies in Isaac’s bosom” and one who opposes the inner teachings of the Torah may still have a fine mind for in-depth study of Talmud.