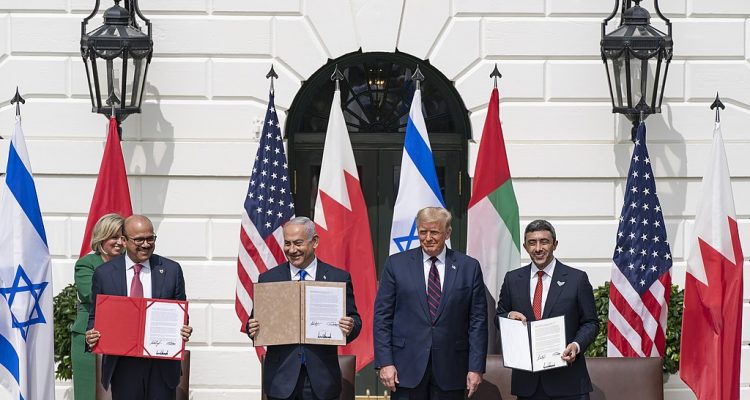 Roadmap to True and Lasting Peace

More and more countries are establishing diplomatic ties with Israel. Israel has recently established economic ties and mutual projects with countries that, until now, have been considered hostile. Is this what we want? Yes and no.

Diplomatic ties are a good direction and a good start. People all over the world are no longer filled with hatred for the Jews. In many countries, Jews can openly display their religious affiliation, thank God. Moreover, many people value the Jews as a wise nation that has much to give to the world.

What is it exactly that the Jews have to give to the world?

Many admire Israel’s innovations in the security and military realms, it economic gains, its hi-tech, medicine and scientific advances. The famous Jewish brainpower is recognized not only in Israel but throughout the world. But there is something still missing – and it is fundamental.

Abraham and the Tower

Let us discuss Abraham, about whom we have been reading in the Torah over the past few weeks. Abraham was the first Jew, a shining star that illuminated the world. When Abraham was 48 years old, humanity took a giant technological leap forward and began to build the Tower of Babel. But Abraham did not take part in the grandiose project. He saw the evil and corruption at the foundation of the plan and disassociated himself from the builders.

Abraham was engaged in rectification of the world – true rectification, from the source. He spread faith in God, the Creator of the world and its Ruler – the faith that obligates mankind to walk in God’s ways and be charitable and just. His revolutionary faith landed him in Nimrod’s fiery furnace (the same furnace used to bake the bricks of the Tower of Babel).

Abraham was not opposed to progress and development. He simply kept his priorities straight. Material abundance can become a golden cage, a prison for the soul. Mankind must pay attention to its soul, to ensure that faith in God is the main power source in life, endowing it with meaning and purpose.

When Abraham hosts guests, he teaches them to bless God. When Abraham goes out to war and wins, he emphasizes that all wealth comes from God and refuses to receive material wealth from the king who arrogantly brags that he is the source of the wealth. Abraham is a royal personality. He has wealth and honor, wisdom and power – but it is all enlisted to herald faith in God to mankind.

In order to turn the world into the Garden of Eden, an actual physical body together with a soul are prerequisite. In Hebrew, the word for ‘physical’ is geshem גשם, while the word for ‘soul’ is neshamah נשמה. Both of these words share a sub-root of shin and mem, shem (name). The builders of the Tower of Babel said, “We will make a name” referring to a physical name, a transient name that will ultimately be destroyed. Abraham, on the other hand, revealed God’s eternal Name to the world.

The current “Abraham Accords” for regional and world peace is a wonderful idea, on the condition that it will be faithful to Abraham’s message. The Jewish People, the children of Abraham, Isaac and Jacob, recognize their mission to bring the light of faith in God to the entire world. We will bring the world much more than first-class technical knowledge. We will bring Torah to the world. This should be the most important task of the Foreign Ministry of an authentically Jewish state.

Torah for the entire world? Absolutely. It is true that non-Jews are not obligated to fulfil the 613 mitzvot of the Torah. But the true faith in One God that we learn from the Torah is relevant to every person in the world. All non-Jews can be righteous people of faith who fulfill the seven Noahide commandments. We can also open the gates for all those who truly wish to convert to Judaism and become the children of Abraham.

True peace between Israel and other nations will come through recognition of the Torah and the uniqueness of the Jewish Nation, which received the Land of Israel for an eternal inheritance. This is the roadmap to true and lasting peace.