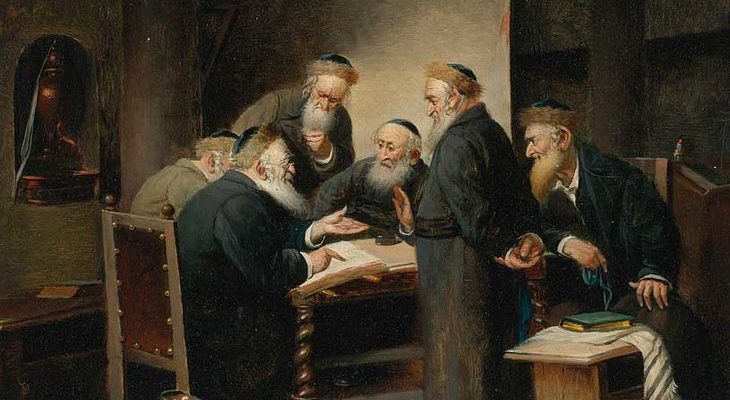 The Rebbe Rashab: Understanding Paradox, Chanukah and the Power of Compromise

As a way to recognize and reconcile the paradoxes of nature, the Rebbe Rashab would often recite the verse from Psalms, “Blessed are You God, teach me Your statutes[1].”  Basing his interpretation on the double meaning of the Hebrew word for “statute” (chok), which can also be read as “engraving,” he taught that “the statutes of Torah are engraved in every phenomenon of nature.” His prayer was that God would teach him to appreciate that nature itself is a reflection of Torah and deepen his Torah study, through which the revelation of Godliness is ever-increased in the natural world.

The attitudes and beliefs emanating from different perceptions of the role of nature defined the essential battle over the soul of the Jewish people between the Greeks and the Jews at the time of Chanukah. On one side was the Greek system of binary logic, based on a superficial experience of nature. The other side was the Jewish embrace of ultimate unity emanating from a Torah worldview.

The Greek approach had a genesis in their ancestry. Descended from Japheth, the son of Noah whose name literally means “beauty,” the Greeks were meant to bring the beauty of the natural world into the study halls of Torah, in accordance with the blessing of Noah to his sons that “the beauty of Japheth will dwell in the tents of Shem[2].” (Shem was the brother of Japheth from whom the Semites, and particularly the Jewish people, descend). However, this type of integration – which would have required compromise – was foreign to the Greeks and the system of binary logic by which they lived.

The art of compromise is what made the Jews different. The giving of the Torah permeated Jewish consciousness with this ability, as we learn from two seemingly contradictory teachings.

The Midrash relates allegorically that before giving the Torah to the Jewish people at Mount Sinai, God “held the mountain over their heads” and declared, “If you accept the Torah today, good; if not, this will be your burial place.”[3] The implication here is that the Jews had no choice in the matter.  They could accept the teachings and commandments of the Torah or die. However, the Torah itself contradicts that notion:

He (Moses) then took the Book of the Covenant, and read it in the ears of the people. They said, “All that God has spoken, we will do and we will hear.”[4]

This statement expresses the epitome of free choice, not coercion, as implied above. So which is true?

Both are true. Indeed, they represent one of the most primary of all paradoxes – that of free will and God’s omnipotent and universal Providence. Each facet is absolutely true despite the fact that they appear to be mutually exclusive. The great 11th-century philosopher, Maimonides, states that even if all the seas were ink, it would not be enough to write on this one issue. But complex as the idea may be, the wisdom to grasp the fact that both free will and God’s Providence exist simultaneously, and that one does not negate the other, lies at the heart of one’s ability to promote compromise and reconciliation.

In Kabbalah, the Midrash is explained by noting that the word “mountain” symbolizes light. Indeed, there are five two-syllable synonyms for “light” in Biblical Hebrew, each one ending with the syllable har ,  meaning “mountain:” zohar, bohar, tohar, nohar, tzohar. Therefore, “mountain over their heads” represents an all-encompassing consciousness of God’s light and love, and an awareness of the power of compromise that sustains opposites.

This analogy can be compared to a loving doctor who seemingly ‘coerces’ his patient to undergo a certain treatment in order to heal him. By holding the mountain – or His light – over their heads at Sinai, God “forced” the Jews to respond with great love from below to His overwhelming love from above.

According to tradition, it was not until the time of the Babylonian exile – nearly a thousand years later – that the Jewish people accepted the Torah completely out of free will. It took generations to internalize and integrate Torah to the necessary extent. We might compare this process to what happens when a parent first forces a child to accept certain restrictions, such as not touching fire or not running into the street. Only later, as the child matures, does he accept the logic of those rules.

In the Messianic era, both “force” and acceptance will be manifest, but will occur nearly simultaneously and will be suffused with pleasantness.