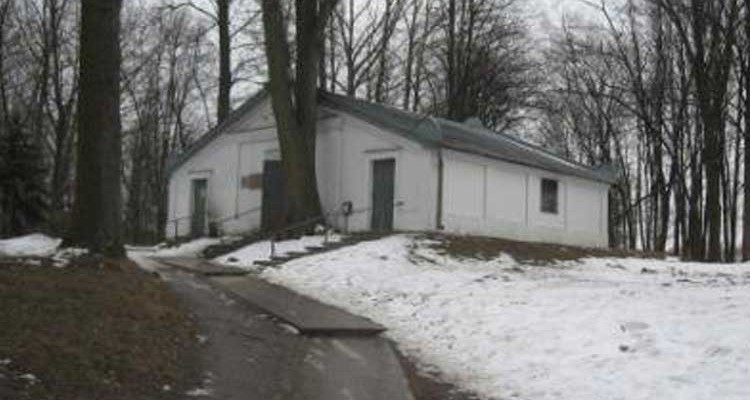 One of the most famous figures in the Chassidic world is Rabbi Elimelech of Lizensk, who is also sometimes referred to by the name of the book he authored, Noam Elimelech. Rabbi Elimelech―together with his older brother, Rabbi Zushe―were disciples of the Ba'al Shem Tov’s successor, Rabbi Dov Ber of Mezeritch. Later, Rabbi Elimelech became a Rebbe in his own right—an esteemed Chassidic leader—settling in the Polish town of Lizensk. Some of the greatest Chassidic leaders of Poland were his disciples, such as the Magid of Koznitz, the Seer of Lublin and Rabbi Mendel of Riminov. One might say that the entire Polish “branch” of Chassidut stemmed from Rebbe Elimelech.

His book, Noam Elimelech was published after he had passed away on the 21st Adar 5547 (1787) and immediately became an essential volume in every Chassidic home. Even to the present day, Rebbe Elimelech’s tomb is a place of prayer with many miraculous stories attached to it, and his book Noam Elimelech is highly praised and even used as a segulah (spiritual remedy) by many.

The Book of the Righteous

Of all the Chassidic Rebbes, Rebbe Elimelech represents the model tzadik (righteous individual). In his book the tzadik plays a prominent role, so much so that it is often affectionately referred to as “The Book of the Righteous.” The sages teach that every year on Rosh Hashanah, three books are opened before the Almighty: The Book of the Righteous, The Book of the Intermediates, and The Book of the Wicked. On almost every page of Noam Elimelech, the reader opens to something that relates to the service of the tzadik and how he clings to his Creator to draw down blessing and abundance to the Jewish People.

But, what does a simple Jew do when he learns something from Noam Elimelech at his Shabbat table? He may sit back and admire the level of tzadikim portrayed in the book, delve into the teachings himself, or simply imbibe the scent of sanctity that radiates from this holy book. Another option is that he may also begin to glean from the sparks of advice to reinforce his own service of God. Whichever option plays out, the general impression is that Rebbe Elimelech is not speaking directly to us. The righteous sit and bask in the glow of the Divine Presence, and we have the privilege of watching them, and following in their footsteps.

The Book of Intermediates

We can better understand the high ranking of Noam Elimelech if we compare it to the Tanya, authored by Rebbe Shneur Zalman of Liadi who studied in the same study hall together with Rebbe Elimelech. Unlike the Noam Elimelech, the Tanya is explicitly a systematic guide book for every Jew, as Rebbe Shneur Zalman explains in the introduction. The intention behind authoring the Tanya was that it should be a summary of the personal guidance he would give to those seeking his advice.

In short, Rebbe Shneur Zalman explains that while becoming a tzadik is a gift from heaven, to be an intermediate is something everyone can achieve. The intermediate in the Tanya is not one who is balanced between half mitzvot and half sins, but one who is completely in control of himself (“the mind controls the heart”), and does not transgress even minor sins—neither in deed, nor in speech, and not even in thought! However, despite his apparently righteous behavior, he is called an “intermediate” because he still has a balanced tendency towards both good and evil—the Divine soul and the animal soul. The evil inclination still exists and exerts a strong effort to tempt him to fulfill his desires and evil ideas, but through the power of his free will, and with Divine assistance, a person can and should always lean to the side of good. A true tzadik is not only someone who ceaselessly does good, but even to the depths of his soul, he abhors evil and detests it. As the sages state, he has “killed the evil inclination.” But, the person with both tendencies shouldn’t deceive himself! He should always be prepared for battle so that he can always emerge victorious.

This is why Rebbe Shneur Zalman called his book, “The Book of Intermediates” – it is a guide book for every one of us, who can and should aspire to reach the level of the intermediate. The task of the tzadik is also mentioned in brief in the Tanya,[1]

However, throughout the Tanya, there is no doubt that the individual is expected to serve God by his own drive and momentum. Tzadikim are not here to do the work for him.

While there is no contradiction between the two books, there is a difference in their emphasis. Rebbe Shneur Zalman offers us direct guidance and demands more and more effort from us, while Rebbe Elimelech gives us a glimpse into the world of the tzadik.

Everyone is a Tzadik

In our generation, we need to make a closer connection between Rebbe Elimelech and Rebbe Shneur Zalman. As long as we are discussing the individual’s service of God, the advice is to follow the Tanya of Chassidut Chabad. Yet, the primary service of Chassidut Chabad today is not what you do with yourself, but how you touch the lives of other Jews, as the Rebbe of Lubavitch used to say, “Go out and teach!” (וּפָרַצְתָּ). If you know how to put on tefillin, go out onto the street and give another Jew the privilege of donning tefillin. If you know how to study Torah, go out and establish a Torah class in your neighborhood. Moreover, you should act to change the current communal state of the Jewish People, as the Rebbe cried out, “Overturn the world today!”

As long as our principle stance is with our faces turned outwards, to bring about the Ba'al Shem Tov’s messianic goal of “Your wellsprings will disseminate outwards,” then everyone is empowered to affect others, and we are all serving as a “stand-in” for the tzadik. The tzadik’s power of influence, as Rebbe Elimelech teaches us, is both in the spiritual and material realms. If you help someone who has got into a sticky financial patch, or give advice to someone in distress, then you are currently wearing the hat of a tzadik (which is why it is recommended to own the book Noam Elimelech and to study it). So, don’t forget who you are, don’t deceive yourself, and however much you influence others, you should still be connected to someone who you identify as a true tzadik acting on his behalf and as his emissary.

One might think that all tzadikim are exactly the same, however, this is a common mistake made by those who see things from afar, somewhat like all those who think that the “religious Jew” with his yarmulke and beard are all a genetic clone of the same man… However, although there are some things that are the same, every tzadik has his own character and his own way of serving God.

For instance, the two aspects of a tzadik are mentioned in Kabbalah as the “higher tzadik” and the “lower tzadik.” The “higher tzadik” is like the figure of Joseph, who hovers slightly above reality, looking at everything from above and controlling what goes on. On the other hand, the “lower tzadik” is more involved with reality, and suffers from the darkness and distress he sees around him, yet nonetheless remains righteous. The archetypal soul of this lower level is Benjamin (who, like Joseph, is also referred to as “the Righteous Benjamin”), who suffered from his older brother Joseph’s prolonged disappearance.

Even Rebbe Elimelech, who speaks so profusely about the tzadik, constantly distinguishes between different types of tzadikim, and in many cases he compares two different types, as in the following passage[2]:

The world is always in need of two types of tzadikim: One who always thinks in the higher worlds and unifications, and constantly adds light higher and higher. The other is one who always thinks of the needs of this world who need to make a living, and blessing and life and everything else they need. Through these two tzadikim the world exists.

Since we have already mentioned two types of tzadikim, we should mention another wondrous and beloved Chassidic figure together with Rebbe Elimelech and Rebbe Shneur Zalman: Rebbe Levi Yitzchak of Berditchev (who is also referred to as “the advocate of the Jewish People”). Rebbe Levi Yitzchak too is from the same study hall where these other two tzadikim studied. Rebbe Levi Yitzchak’s book is called, “Kedushat Levi” (lit: “Levi’s Sanctity”) which is also an important addition to any Chassidic bookshelf.

So now we have completed the list of basic Chassidic books that should be found in every Jewish home: Noam Elimelech, Tanya and Kedushat Levi. One indication of this selected threesome is in the phrase from our prayers, “with clear lips and with a holy tune” (stated with reference to the song and praise of the angels). “Clear lips” (שָׂפָה בְרוּרָה) relates to the Tanya, which clearly explains to us all what we should be doing[3]; “tune” (נְעִימָה) relates to the Noam Elimelech (נֹעַם אֶלִימֶלֶךְ); and “holy” (קְדוֹשָׁה) relates to the Kedushat Levi (קְדוּשַׁת לֵוִי). The latter two words are in close proximity, while the first which relates to the Tanya, stands somewhat on its own. The Kedushat Levi and the Noam Elimelech represent the two aspects of the tzadik who serve as inspiration and guides for us, while the Tanya is the work book of the intermediate which stands in between the two tzadikim.

Now, to conclude, let’s do a little sum: if we add these three figures, intermediate-tzadik–tzadik (בֵּינוֹנִי צַדִיק צַדִיק) we find that they equal 536. However, this number is exactly equal to the average value of the sum of the three books Tanya–Noam Elimelech–Kedushat Levi (תַּנְיָא-נֹעַם אֱלִימֶלֶךְ-קְדוּשַׁת לֵוִי)!

All of God’s people are righteous, beginning with the intermediate level, which connect to all the types of tzadikim. It is the intermediates who will themselves become the tzadikim and bring goodness to the world.

[2] Noam Elimelech Parashat Vayechi, on the phrase, “And Joseph took.”

[3] When Rebbe Yosef Yitzchak of Lubavitch was born, his grandfather, Rebbe Shmuel of Lubavitch, blessed him that he should give Chassidic discourses with “clear lips.” 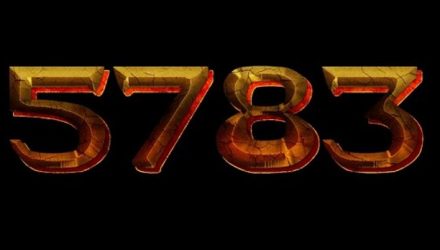