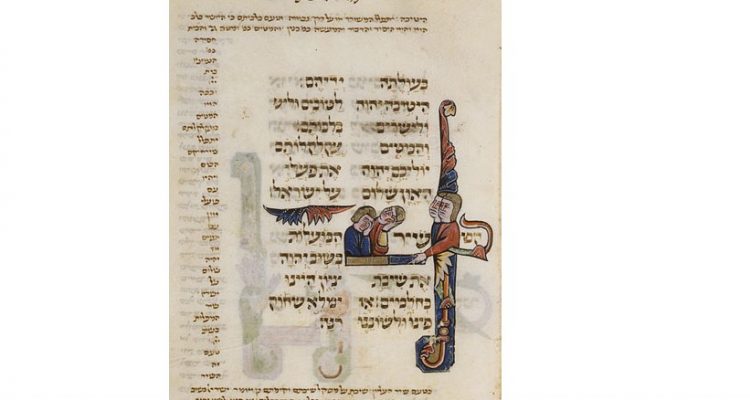 The Wondrous Meaning of an Early Kabbalistic Passage: Part 2

In his commentary on Sefer Hapelee'ah, Rabbi Shimshon of Ostropoli continues that there is an evil angel designated over forgetfulness. If he meets you, he causes you to forget everything you know. The name of this angel is Reev, which literally means "dispute" (רִיב). Recall (remember!) that the mitzvah of Purim is to remember; to remember what Amalek did to us and to not forget.

Why is forgetfulness so prevalent today? Because the angel Reev is making us forget what we should remember. In other words, every time we get into an argument or a dispute, we are “meeting” the angel Reev and the result is that we forget things. Rabbi Shimshon does not write this, but the first conclusion that we can draw is that arguing is not worthwhile because the person who starts a dispute is destined to forget. Politics is all about dispute and therefore it is no wonder that politicians cannot remember any of the promises they made.

There is another synonym in Hebrew for “dispute”: matzah (מַצָּה). According to some grammarians, the matzah that we eat on Passover is actually the same word as this word that means “dispute.” Rabbi Shimshon Rephael Hirsch (another Shimshon!) writes that the process that causes dough to leaven is called matzah, because it is as if the water and the flour are fighting, and from their fight, energy is created that causes the dough to rise.  The matzah that we eat on Pesach is the opposing force to the Biblical term for “dispute” (מַצָּה וּמְרִיבָה). Eating matzah on Pesach is our first antidote against being argumentative and a remedy for our forgetfulness.

Can a sage forget?

The Talmud brings a truly wondrous story about one of the greatest Mishnaic sages, Rabbi Elazar ben Arach. According to Abba Shaul, Rabbi Elazar ben Arach was the greatest of Rabbi Yochanan Ben Zakai’s disciples. So great, that, “If all the sages of Israel were on one side of a scale, even with Eliezer Ben Horkanus on their side, and Elazar Ben Arach was on the other side, he would outweigh them all.”[1]

The Talmud relates[2] that Rabbi Elazar Ben Arach went to rest at a healing resort. This resort had special, fine wine and unique, healing bathing waters—even better than the Dead Sea waters. Rabbi Elazar Ben Arach became immersed in those two pleasures. The sages say that the Ten Tribes were exiled because they sank into the pleasures of this world, the peak of which were that fine wine and bathing waters. They are not in agreement as to whether they will ever return.[3]

The same thing happened to the great tzaddik, Rabbi Elazar Ben Arach, who went to that same healing site and sank into the pleasures of the finest wine and the healing waters. Over time, he forgot all that he had learned. When he returned to the sages, they honored him with reading from the Torah. The Torah portion of that week was Parashat Hachodesh—the special reading for the Shabbat before Rosh Chodesh Nissan. Instead of reading, “This month is for you…” (הַחֹדֶשׁ הַזֶּה לָכֶם), Rabbi Elazar mistakenly read: “Was their heart deaf?” (הַחֵרֵשׁ הָיָה לִבָּם).

Rabbi Shimshon explains that this entire story is connected to numbers. According to Sefer Hapelee'ah, the angel designated over forgetting, Reev, has 605 soldiers. When Rabbi Elazar Ben Arach forgot and mistakenly read, “Was their heart deaf?” the words he confused were הַחֹדֶשׁ הַזֶּה לָכֶם. The letters he replaced them with were, הַחֵרֵשׁ הָיָה לִבָּם, and they spell רִיב, the name of the angel of forgetfulness, who caused Rabbi Elazar Ben Arach to forget everything he had learned! The greatest sage of Israel went up to read the Torah, and instead of saying, “This month is for you…” (הַחֹדֶשׁ הַזֶּה לָכֶם), he read: “Was their heart deaf?” (הַחֵרֵשׁ הָיָה לִבָּם), whose value is exactly 605—the 605 soldiers of Reev, according to Sefer Hapelee'ah.

How else can we rectify Reev? Rearranging the letters of Reev (רִיב), we get Rebbe (רַבִּי)! Instead of engaging in dispute, we should be engaging with our Rebbe. Some people do have a rebbe, which causes them to argue with everyone else. This is not a genuine connection to a rebbe. We must connect with a rebbe who teaches us not to fight with anyone. The Rebbe the Rashab (the fifth Rebbe of Chabad) related that the Alter Rebbe of Chabad had chassidim who negated other chassidim and tzaddikim. Due to that, they did not manage to truly embrace the teachings of Chassidut and its lifestyle. The angel Reev made them forget the Chassidut and inner service of God that they had learned—just like Rabbi Elazar Ben Arach. Those who did not have disputes with others were able to embrace the teachings of Chassidut.

In the phrase, “This month is for you…” (הַחֹדֶשׁ הַזֶּה לָכֶם), the word for “month” (הַחֹדֶשׁ) can also be pronounced, with a change of vowels, as “new” (הֶחָדָשׁ). Mashiach Ben David is the energy of renewal and innovation; innovations in Torah, innovations in reality, and renewal of love for one another. Everything must be renewed—in a way that is all according to the law. This is the energy and power of Mashiach Ben David, the power that is inscribed on his forehead.