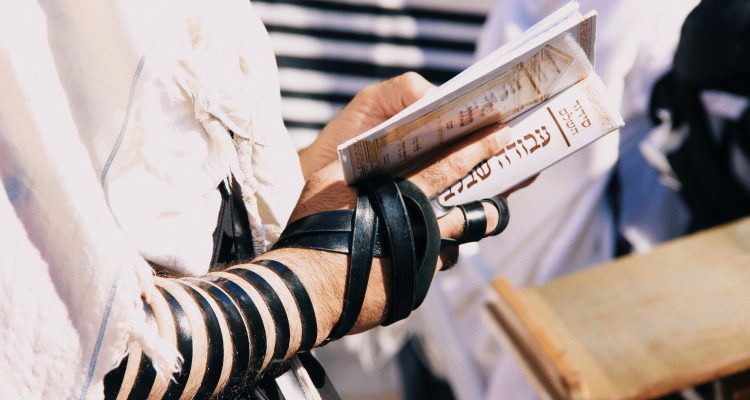 Where is Zaideh? The Secret of a Name

Suffering causes the power latent in the Jewish people’s collective soul to be revealed from its potential state. Salvation is not something external to the affliction; it waits to be discovered and to administer its potential light from the moment the affliction begins.

Yet, an object’s name is its most difficult latent aspect to reveal. It is even less apparent than fire in a flintstone. Indeed, tzadikim have said that a child’s parents are gifted with Divine inspiration when they name their child. If this were not so they would not be able to correctly predict the child’s name.

The more intense the affliction a person contends with and the deeper the anguish penetrates his psyche, the greater is the need to draw down a new light that will revitalize him from his highest spiritual root. Whereas during a small challenge a slight shake may be enough to arouse a person to return to his true self, during a serious trial, when a person is already unconscious, there is no other choice but to call his name, the root of his life-source. It is only from there that the dew of life can be taken to revitalize him.

During the era of prophecy, prior to the Temple’s destruction, the Jewish people were in a state of slumberous daydreaming. The prophets then tried to “blow” upon our glowing embers and to reignite our souls with their rebukes and with their comforting prophecies.

In the midst of the Babylonian exile, in Mordechai and Esther’s time, we fell into a deep sleep. Haman told King Achashverosh “There is one people” (יֶשְׁנוֹ עַם אֶחָד) which our sages interpret to mean, “One nation is asleep” (יָשְׁנוּ עַם אֶחָד)[ii] Only by striking them forcefully by means of Haman’s decree “to destroy, to kill and to annihilate” the entire Jewish people, God forbid, was the collective Jewish soul revived from its sleep.

But, about two and a half centuries ago, as the final stages of this prolonged exile approached, the darkness became ever thicker, as it does before the first light of dawn. The Jewish people’s strength abandoned us and we were left lying unconscious, in a deeper state of sleep than ever before. It was then that the Ba’al Shem Tov was sent to us, the soul of Israel and the spirit of their breath. When the name “Israel” is heard by the nation’s soul, it is revived as if reborn.

This is the significance of calling someone by their name. When an individual suffers, his soul returns to a pre-birth state, a state of nonexistence, and there it begins to flourish once again. Now it is refreshed, more courageous, and better equipped for the new circumstances that encompass it.[iii]

Photo by Francesco Alberti on Unsplash

[ii]. Esther 3:8; Esther Raba 7:12 (Haman actually accused God of sleeping and that He no longer supervised His people, God forbid. More profoundly, this refers to the inner sleep of the Jewish people's collective soul, which is the only origin of the mistaken belief that God is no longer among them.)

[iii]. This was also the Ba'al Shem Tov’s opinion, who said (see “Chachmei Yisrael – Ba'al Shem Tov,” letter 41) “I only came to the world to rectify and revive the dried bones so that everything should have vitality and a soul.” In this context, we will recall a point that we have mentioned numerous times (see below p. 141), that the Ba'al Shem Tov was taught by the prophet Achiah Hashiloni who is called “Master of Life” (בַּעַל הַחַי), referring to his relationship to the highest planes of the soul [“Life” (חַי) is also an acronym for “living one, unique one” (חַיָּה יְחִידָה), the two highest levels of the soul]. New vitality is drawn into the unconscious slumbering soul from these levels that are close to the essence. Rebbe Menachem Mendel of Vitebsk said that every speculation of teshuvah (repentance) that anyone has, from the Ba'al Shem Tov until Mashiach’s arrival, emanates from the Ba'al Shem Tov’s power. That same vitality that God breathed into the Jewish people’s collective soul by means of the Ba'al Shem Tov’s revelation must once again revive the masses to follow his light until the time of the ultimate redemption.