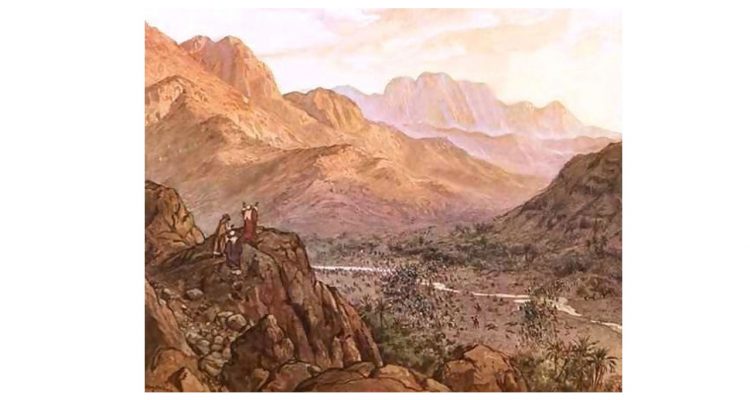 Why Do We Need Amalek?

In the first war with Amalek (related in the Torah in parashat Beshalach[1]), the conditions for eliminating him were excellent. Joshua waged the physical war, while Moses waged the spiritual war, his hands raised in faith in God. God commanded Joshua to weaken Amalek but not to annihilate him. From there, the next rounds of fighting evolved: In the Land of Israel, in the story of Purim and in all the Amalekite attempts to destroy the Jewish people throughout the generations. True, if Joshua had not left one remnant of Amalek, there could not have been “God’s war with Amalek from generation to generation.”[2] But this approach is reminiscent of the joke about the people who are careful not to help the needy too much, so that when Purim comes and we are commanded to give gifts to the poor, there will still be some poor people around to accept our gifts.

Why do we “preserve” Amalek? Taking a deeper look, our master, the Ba’al Shem Tov explained that Amalek casts “doubt” (סָפֵק)—whose numerical value is identical to that of Amalek (עֲמָלֵק)—in Israel’s faith and cools it[3] which can also mean “made you cold”. A primary rule is that every descent is for the sake of a subsequent ascent. But what ascent can grow from a decrease in faith in God?

Rabbi Pinchas of Kuritz said that we must take advantage of every attribute that we have for our service of God—including the faculty of heresy. How can we do that?

When a Jew sees a poor person, he must deny and nullify the thought that everything comes about with Divine Providence. He must instead fortify his complete compassion for the needy person and help him and resist the temptation to find some “Divine justification” for his condition, justification that would free him of the obligation to help. By doing so, he will be able to totally immerse himself in helping. If he justifies the situation, even if his motivation in helping the poor person stems from his obligation to give charity, he will feel that in truth, he isn’t obligated to succeed, for God is actually responsible for this person. The heresy he musters, as it were, constitutes a descent from the heights of faith in God for the purpose of a subsequent ascent, which will allow him to employ compassion and confidently take action according to his understanding of reality.

Similarly, but more keenly, we can harness this concept to our service of God on a national level. The sages explain the verse regarding the redemption, “In its time, I will hasten it”[4] as follows: “If they merit—I will hasten it. If they will not merit—it will come in its time.” There is a set time for redemption, which depends on God. The redemption at this set time will come “in its time,” regardless of our actions. If we merit, however, we can hasten the redemption. After such a long period of exile, there were people whose faith in redemption from Heaven had deteriorated. They decided that it was up to us—and us alone—to bring the redemption. As we have seen over recent years, this heresy can cause a complete descent from the path of Torah and mitzvot. But it can, and also should, be used to create a “descent for the sake of a subsequent ascent.”

In 1948 (the year of the establishment of the state of Israel) the Rebbe Rayatz emphasized that the self-sacrifice of the young soldiers and the settlers of the Land of Israel should be encouraged; and yet, one should remain aware and not ignore their shortcomings in terms of faith and Torah. We should retain our responsibility for bringing them back to Torah observance. In many respects, their initiative and fiery self-sacrifice stemmed from a cooling off of their faith in God. When rectified, the descent from higher levels of faith should be channeled to an ascent in rectified trust in God. Trust in God in this manner, whereby, “He gives you the strength to succeed,”[5] obligating us to take action to speed the redemption, is the level of trust that is inherent to life in the Land of Israel.[6]

The cooling and doubt-producing war with Amalek is ultimately meant to reinforce the people of Israel and to develop within us the rectified self-confidence that is required for entry into and possession of the Promised Land. This is the inner reason why Joshua, who led the Israelites into the Land of Israel, waged this war. If Moses had waged it, it would have been viewed as one more miracle of faith, as an act of Heaven to erase Amalek. God let Amalek remain to nurture our trust in Him, until the time that we will merit to erase the memory of Amalek with our own power and with our rectified trust in God—trust that it is He Who gives us the power to succeed.

[6]. As explained in length elsewhere regarding the 10 verses of “remembrance” according to Rabbi Levi Yitzchak of Berditchev.