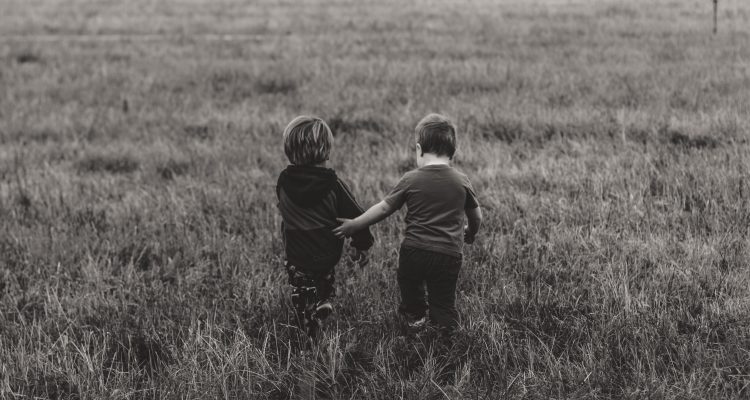 Above and beyond all of our mundane worries and anxiety, one all-encompassing anxiety hovers in the air: Why hasn’t Mashiach come? Feeling incapable of dealing with this mega-worry, most people try to avoid it.

Modern psychology describes three main defense mechanisms that we often employ in an attempt to avoid dealing with the cause of our worries or anxiety. Those three mechanisms are denial, projection and repression. These three mechanisms parallel the lower three worlds: Creation, Formation and Action, respectively.

As a defense mechanism, denial blemishes our world of Creation – the world of our intellect. It is defined as an unwillingness to accept reality as it is. Projection blemishes the dimension of Formation in the psyche—the realm of our emotions. Projection comes as a response to being unable to handle our own negative emotions (including guilt and shame) causing us (again, in defense of our own psyche) to project them on another person. When we project, we actually blame someone else for harboring the emotions that we ourselves feel but are incapable of handling. Repression blemishes our world of Action—the realm of our habits and natural tendencies. Repression defends our psyche by unwittingly pushing our awareness of our negative traits and proclivities into our unconscious.

The negative anxiety we feel regarding the Mashiach and the redemption is the result of our knowledge that, as the sages say, we can only blame ourselves for their not having come yet. Since we cannot handle this truth, which unquestionably casts us in a negative light, we enter denial regarding our actual abilities and responsibility, and/or we project the blame elsewhere—on other people, on other nations, sometimes on God Himself, and/or we repress our guilt.

But, just as our psyches are naturally eager to free us of negative anxiety, we can interject, and consciously decide to heal the anxiety by using it in a positive manner. In the end, anxiety is an expression of psychological energy, and instead of trying to get rid of this energy, we can utilize it in positive ways.

To do this we turn to the highest world, the World of Emanation, which is above the three lower worlds. While the three lower worlds, Creation, Formation, and Action all inculcate a degree of detachment and feeling of separation from God, thereby allowing a certain measure of evil to take hold of them, the world of Emanation is characterized by its perfect oneness with the Divine. We all possess some glimmer or impression from the World of Emanation in our psyches. The way to transform our negative psychical energy from anxiety to a sense of positive urgency is to allow that glimmer of Emanation to affect our consciousness.

Since Emanation is perfectly one with God, we sometimes call this allowing God’s light and great compassion to shine down on us. In the words of the Psalms, “Send forth Your light and Your truth; they will lead me; they will bring me to Your holy mountain, to Your dwelling-place” (Psalms 43:3). The light (splendor) and truth of the world of Emanation descends into the three lower worlds in order to release them from the evil that has taken hold there. This transformative and illuminating energy of the World of Emanation is concentrated and captured in the Torah. So, now we turn to the Torah and to the foundational psychological verse that encapsulates the ability to face up to reality (reversing denial), to accept our negative feelings of shame (reversing projection), and to confess our sins (reversing repression).

This foundational verse reads (Proverbs 12:25) “If there be anxiety in a man’s heart let him quash it, and a good word will turn it into joy” (דְּאָגָה בְלֶב אִישׁ יַשְׁחֶנָּה וְדָבָר טוֹב יְשַׂמְּחֶנָּה). The phrase, “let him quash it” is actually only the most basic meaning of the verb that describes what we are to do with anxiety. The sages recorded two other, ancillary meanings of this verb: “Let him articulate it,” and “Let him ignore it.” These three meanings of the verb parallel three rectified alternatives for the three defense mechanisms mentioned above.

The literal meaning, “If there be anxiety in a man’s heart, let him quash it,” empowers us to free ourselves from intellectually denying the reality that without the redemption, reality is broken and unbearable. The literal interpretation combats our inability to admit this truth to ourselves. When we can face the truth, we have freed our anxiety at the level of our intellect and the world of Creation and we can truly experience the immediate need for redemption.

The sages’ explanation, “Let him articulate it,” refers to the manner in which projection can be rectified. Instead of projecting our negative feelings on another person, the sages recommend sharing our negative emotions with a caring friend or therapist, who will take part of the burden of the anxiety off our shoulders. The Lubavitcher Rebbe advised that those who are genuinely willing to shoulder the responsibility for bringing Mashiach would do well to sit together with like-minded individuals and share their concerns. The act of sharing our feelings with another person who empathizes with us paves the way to transforming the energy invested in our concern into an operative plan of action to do what we can in order to change the world and prepare it for the coming of Mashiach.

The third interpretation offered by the sages, “Let him ignore it,” promotes a positive form of repression, which psychologists call, “secondary repression.” Repression is considered an unconscious response that removes (in this case) our misconduct and sins from our consciousness, pushing it into our subconscious, where it wreaks havoc on our mental well-being and burdens our actions with unresolved tensions. Secondary repression is a positive form of repression because it is affected with full awareness. The sages refer to this as, diversion (הַסָּחַת דַּעַת), i.e., consciously removing a worry from our awareness. In fact, there is a well-known statement that (based on Sanhedrin 97a), “Mashiach can only come out of diversion” (אֵין בֶּן דָּוִד בָּא אֶלָּא בְּהֶסַּח דַּעַת). Focusing on other things facilitates diversion. The Lubavitcher Rebbe would often recommend this strategy.

The sages say that “The Torah’s secrets are only granted to one whose heart is burdened with worry” (based on Chagigah 13a). This statement captures the essence of positive “anxiety in a man’s heart” (דְּאָגָה בְלֶב אִישׁ) whose numerical value, 358, is exactly the same as “Mashiach” (מָשִׁיחַ), suggesting that the most positive anxiety to have is one related to bringing Mashiach.

The ability to positively deal with a burden of guilt allows us to take responsibility for the fact that Mashiach has not yet come and the Temple is not yet built, and to strive for a positive rectification of the evil in the three worlds via the following three ‘routes’ to redemption:

The Mashiach said to the Ba’al Shem Tov that he would come, “When your wellsprings burst forth.” Study and dissemination of the inner dimension of the Torah create a true perception of reality, which rectifies the illusions-denial of the world of Creation.

The rectification of baseless hatred, which was the reason for the destruction of the second Temple, is accomplished through unconditional love – the rectification of the emotions of the world of Formation (while dealing with projection, in which my baseless hatred gives rise to the imagination that the other person is actually the one who hates me).

“Israel will only be redeemed through return to God (teshuvah).” This is referring to basic teshuva, recognizing my mistakes, regretting and confessing them. This is the rectification of the world of Action – “the main thing is deed,” by abandoning the sin and progressing on the proper path.

By properly rectifying our negative anxiety and applying these three routes to Mashiach to leverage our positive anxiety, we can bring Mashiach closer every day.

Photo by Kevin Gent on Unsplash

Q: For the past ten