From our previous description of how the relationship between a rasha and G-d becomes rectified, we may infer the following vis-a-vis husband and wife:

When a man sees his wife opposing him, he should suspect that he is to blame. Perhaps he has projected an image of disinterest and non-involvement. Recognizing this, he should forgive her lack of cooperation and devotion, seeing these faults instead as useful indicators for gauging his own effectiveness in relating to her and to others.

Domestic strife should thus serve–whether or not this is the wife's conscious intention–to deflate and neutralize the husband's ego. By responding to his wife's expressions of dissatisfaction with understanding and consideration–rather than with defensiveness and hostility–the husband begins the process of his own self-correction. Subduing his own inclination to anger and relating to his wife with love instead will certainly inspire her to love him in return, and his simply ceasing to think of her negatively will help ameliorate the situation.

Of course, it also behooves the wife to consider a troubled marriage the result of her own failings. Perhaps her thoughts, words, or deeds are preventing her husband from acting on his natural desire to relate to her more positively. Recognizing this, she can come to forgive him and reformulate her perspective on the relationship in a new and positive light.

The husband, seeing his wife take this initiative, will realize that her past negative behavior was in fact caused by her impression of unresponsiveness on his part. He can then set about improving himself, refining his character, and in particular begin learning how to relate to his wife with love.

In the meantime, the hurt spouse should remind himself that nothing occurs by accident, and it is certainly Divine providence that has placed him in his hopefully temporary predicament. Insofar as possible, he should try to cultivate an attitude of patience and trust in G-d, who certainly is subjecting him to this ordeal for a purpose.

If the stress refuses to resolve itself in spite of such accommodations, the couple must face the possibility that perhaps theirs is a relationship that can be rectified only by being ended. Divorce, when required by the Torah, is compared in Chassidut to the exodus from Egypt: a husband who is not his wife's devoted partner is like a Pharaoh to her. Divorce thus becomes a form of liberation, redeeming her from an enslaving environment and an unhealthy attachment. Though it is not easy, the woman must have faith that she will find her true match (bashert) elsewhere–just as the Jews loyally followed Moses into the desert and there discovered their true Beloved waiting for them at Mt. Sinai.

Even if it is decided that divorce is necessary, there is still no reason the couple should bear any ill will toward each other–or G-d. In line with the attitudes outlined above, they should consider the time they spent together a decree of Divine providence, either as a necessary way of bringing about a certain stage of the rectification of their souls or as a way of achieving some other part of G-d's plan for the world. If they have been blessed with children, they may certainly consider the purpose of their marriage to have been in order to bring these souls into the world.

Yet again, despite these consolations, divorce should always be considered the final resort, only contemplated when all other approaches have failed, for, as our sages say: "the altar itself sheds tears when one divorces his first wife"(Gitin 90b).

Whereas the husband is to approach marital harmony as a reflection of his own inner spiritual development, the following story from the Midrash (Bereishit Rabbah 17:7.) implies that the wife has the power to directlyimprove the behavior of her husband:

A wife improves her husband's behavior through her innate faith in him, projecting her vision of his true, noble nature onto him and seeing him, as it were, through the eyes of G-d.

A man therefore works on his marriage by correcting himself in relation to his wife, gauging his progress by noting her attitude (and feedback) toward him. A woman, on the other hand, works on her marriage by focusing on her husband, helping him (whether or not he is aware of it) correct himself and fulfill his potential. She does this by deepening her faith in G-d and His providence, and her awareness of His purpose in creation (which entails the rectified image of her husband and their marriage). For this reason she is called his "helpmate." 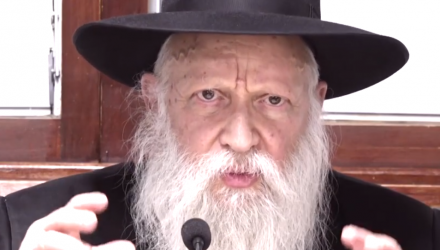