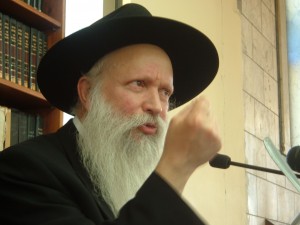 As a result of the many questions that have arisen regarding how to relate to the upsetting events that have recently come to the fore―first and foremost being the clash between the army and settlers in Yitzhar, and the seizure of the Od Yosef Chai yeshivah by the military forces―I hereby express my opinion in public, in addition to a direct address that has been made to those to whom it concerns:

“Father and son, teacher and student, when they study Torah together they reach a gate at which they appear to be enemies, but they do not desist until they become allies” and with God’s help, all the dilemmas that currently affect the public in the Land of Israel will be the beginning of “childbirth,” and God will give us the energy for a healthy birth of a new, joyful reality in which we will live in our land, the entire Jewish People as one happy family, while keeping our covenant with our God, according the mitzvot of our Torah.

What does the Torah say about security? Warfare, enlistment and training, tactics and military method – something is missing from all these elements of security. Simply put,

The month of Adar is