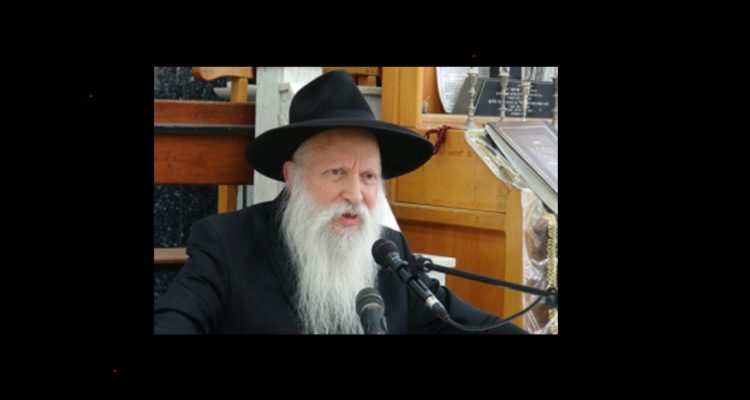 Rabbi Ginsburgh wrote this letter in association with the festival of Shavuot, but its main message is still completely relevant.

With the help of Heaven,

On the Festival of Shavuot, the Time of the Giving of the Torah, we must remember the law that appears in the Torah that war against a city that does not submit to us is “until its downfall” (“and even on Shabbat”).

This is a fitting day to highlight the words that King David, who was born and passed away on Shavuot, wrote when he was king of Israel, “I have pursued my enemies and overtaken them, never turning back until they were consumed.”

The leaders of the State of Israel and the military forces must take the opportunity to strike the Arab enemy in Gaza, until they gain a strategic victory by defeating the terrorists and destroying their infrastructures and demolishing the elements that are hostile to Israel. As Rebbe Menachem Mendel Schneerson, the Lubavitcher Rebbe said on similar occasions, the political circumstances today that allow fighting without stopping are “an invitation from Heaven” to do this.

Our master, the Ba'al Shem Tov, who also passed away on the Festival of Shavuot, set love and unity among Jews as a fundamental principle. This is the time to reinforce mutual responsibility around the country and to proclaim – Your hands should be strong, all those who come to God’s salvation to protect Jews from those who wish them evil!

The Ba'al Shem Tov also said that “the heart of Israel is alive.” Just as we believe in God, we must believe in every Jew. Just as we can repent for our personal sins, so too those who erred by making incorrect statements and taking the wrong action can and must revoke them. The events of the last few days invite the public leaders chosen by the people, to say, “those things that I said were a mistake” and to change their ways to a different type of leadership – this will be “good for Heaven” and “good for the people” and it will also bring blessing to them on all fronts (including the political front).

With blessings that we receive the Torah, on the collective scale and as individuals, with joy and inner insight.