Kabbalah and Business: The Dynamic Corporation – Chapter 3 – inside the coporate family: involvement without interference

The extended family clearly prefigures the "camp" as the basic organizational structure depicted in the Bible. Before Israel became a nation, it was known as "the House of Jacob," a recognized spiritual as well as socio-economic unit held together by the bonds of a common origin and destiny. Consequently, any company aspiring to become a "camp of G-d" should first seek to emulate this model of the extended familial community.

The actual word in Hebrew for "corporation," chevrah, is used as well to denote any organized social system, the most fundamental of which is of course the nuclear family. The additional connotation of chevrah, "friendship and camaraderie," suggests the spirit of human warmth that should pervade every form of chevrah–including that which is established for pure economic benefit.

The modern corporation has its roots in the early tradition of the "family business." Every family possesses a patriarch who presides over its extended network. The natural heir to that position is usually vested with a certain measure of responsibility as a sign of the implicit faith and confidence that his father has in him. If the heir is truly worthy of this trust, he will act as a "son turned servant," subordinating his own needs to those of the family unit at large. It is this subservience which, somewhat paradoxically, earns the son the right to act with his own initiative. Insofar as he acknowledges his essential dependence upon a higher authority, the son can be encouraged to cultivate his own unique talents and abilities so that a new generation of leadership may emerge.

As one of the few vestiges of hierarchic rule left in our obsessively democratic culture, the corporate structure demands a strong prevailing head. Nevertheless, its roots in the familial tradition demand that employees sense the commensurate love and respect accorded them as members of the corporate clan. Only then can they be expected to feel, in addition to the loyalty and dedication characteristic of a trustworthy servant, the responsibility of a succeeding heir who has internalized the creative ideal promoted by his elders. A pervasive atmosphere of love and respect encourages all personnel to seek and enhance the common aim of the corporate body by exercising creative initiative and independent thought.

The motto guiding personnel-interaction within a company should be "involvement without interference." The balance between individual freedom and team discipline necessary for the optimal functioning of an organization can only be preserved by promoting the principle of "involvement without interference," a function allowing for independent initiative while preserving the framework of group accountability. Resourcefulness on the part of individual employees is only beneficial when it is accompanied by strong identification with the general group effort. If motivated by, or aimed at, the devaluation of any other corporate team-member, such initiative should not be tolerated.

The first to recognize the value of a "flat" hierarchical system, where lower-level functionaries are invested with maximum responsibility, was Jethro, the father-in-law of Moses. In proposing a more democratic system for adjudicating the day-to-day affairs of Israel, he showed great insight into the efficient and productive use of bureaucratic systems. By suggesting that the judiciary be constructed in pyramid form, with a predominance of local representation at its base, he demonstrated a faith in the ability of subordinate authorities to govern the major part of community life.

Moses, one can assume, was hesitant to propose such a model–if only because he felt that maximum involvement on his own part, having alone received the Law from the "mouth of G-d," was essential to guaranteeing a fair and accurate decision based upon the truth absorbed within his soul. Jethro, on the other hand, believed that no harm could come from delegating certain prescribed responsibilities to other individuals who also possessed, if not on as perfected a level, the necessary refinement of knowledge and character. On the contrary, he felt, willingness to do so would be the height of benevolence and lovingkindness toward:

(1) the community, who would be afforded easy and direct access to the due process of law;

(2) the chosen officials, who would profit spiritually from the opportunity to exercise judicial responsibilities;

(3) most obviously, Moses, who would be relieved of a tremendous communal burden without compromising the decisive weight of his authority and opinion.

In the end, Jethro's perspective was accepted by Moses, and a new hierarchic model was born–predicated upon a wide delegation of authority by the designated chief executive of the community.

The success of this model is dependent upon the ability of the delegating authority to inspire and guide even when physically removed from the actual field of operation. As such, the creed of "involvement without interference" is just as relevant to the authority's management force as it is to his personnel. The importance of this creed in establishing a proper state of leadership can be understood by pondering the state that G-d Himself assumes vis-a-vis His own Creation, as described in the following statement from the Zohar:

He grasps all worlds, yet no one grasps Him.

Though everywhere around us, G-d's presence is rarely felt as an invasive force constraining our activity in the world. Man acts freely, and experiences himself as such, while Divine Providence continues to tacitly affect the outcome of all that we set in motion. The mysterious juxtaposition of man's free will against the backdrop of Divine care and supervision comprises the essential paradox underlying all man's efforts to influence and rectify the world he lives in.

This same paradox attaches to the management of any creative enterprise where independent initiative must blend with higher directive. G-d's hidden, yet influential, presence in the world supplies a model of management whereby self-restraint is willingly employed as a way of promoting positive input at all levels of the organization.

However, just as independent initiative can lead to interference, so too can self-restraint result at times in indifference or even neglect. When properly applied, though, managerial self-control serves to enhance the corporate environment by inducing personnel to increase their involvement and assert their dormant potential. The revelation of that potential is what provides management with the knowledge and resources to advance its creative plan.

The creative potential inherent in one's work-force is the greatest asset and strength of a company. In fact, the Hebrew word koachdenotes both "strength" and "potential," alluding to the might that goes into restraining one's powers where the purpose is to reveal the potential in others. The idiom used in modern Hebrew for "personnel" (koach adam) means literally "manpower," but is also translatable as "human potential." Such potential is management's greatest resource and must be actively cultivated if a company is to inspire maximum effort and generate optimal output. 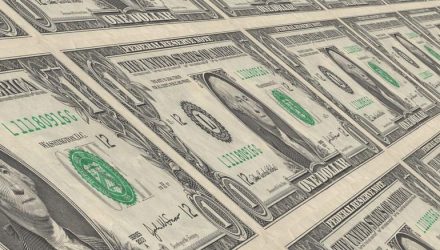 Kabbalah and Business: The Dynamic Corporatio...

Let us now explore one aspect of contemporary economic

Chapter 5 In relating to employees and markets, a

Chapter 4 The domestic atmosphere that a company aims