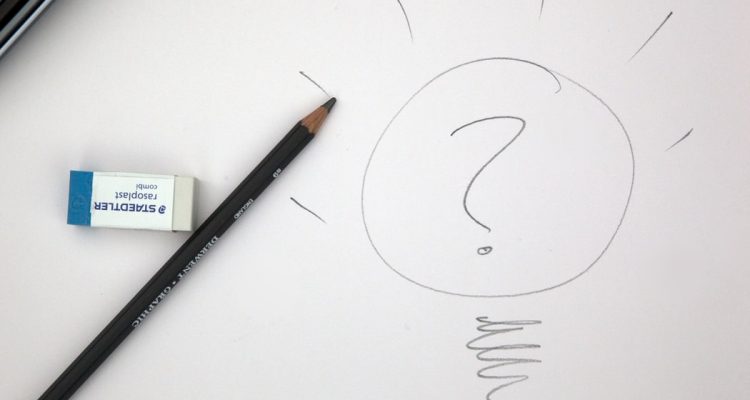 Erasing the Doubt in our Hearts

On the Shabbat before Purim, we read a special portion from the Torah known as, "Parashat Zachor." This Torah reading begins with the words, “Remember what Amalek did to you on the way when you went out of Egypt…”[1] Amalek is our old enemy. He never gives up. He attacked us when we left Egypt, returned for the Purim story as Haman, who was a descendant of Amalek and continues to try until this very day. Recently, he re-appeared in history as the Nazi oppressor who attempted to “destroy, murder and annihilate” all the Jews, as his ancestor Haman had plotted.

In order to defeat Amalek, we have to identify his spiritual root. Where did he come from? What does he represent? To accomplish this, we will employ a hint from the Ba’al Shem Tov. In Hebrew, the numerical value of Amalek (עמלק) equals "doubt" (ספק). Amalek ridicules faith and casts a doubt upon everything. He is a cynic, who doesn’t believe in anything – not in a supreme force and not in the rules of justice, integrity and ethics. The Torah writes about him that he “does not fear God.” Today, we would say, “he is Godless.” As far as he is concerned, why should he let someone else tell him what to do?

At times, we are all vulnerable to an Amalekite doubt. The first time that Amalek attacks Israel is immediately after Israel asked, “Is God in our midst or not?”[2] If we are not sure that God is with us, Amalek immediately appears, ridiculing us with cold, cruel laughter.

So how are we supposed to erase that small Amalekite doubt in our hearts? How can we free ourselves of that incessant skepticism?

On the Shabbat before the first of Adar, we read the portion of Shekalim in the Torah, which directs the Jewish People to donate half a shekel to the Temple every year. Why only half a shekel? Wouldn’t it be more meaningful if every person would donate a whole, complete and more respectable shekel?

The explanation is that every person is only a half. This is the deep consciousness of the Jew. I am lacking and only partial, not complete and sure of myself.

This is the way to defeat Amalek. Amalek cast doubts and mistrusts everything. He raises himself, however, to a very sure place: “Everything is doubtful, and only I am a certainty. I am also above everything else, am concerned only with myself and am willing to trample anything in my way.” Amalek is bursting with pride, like the wicked Haman, who could not tolerate the fact that Mordechai would not bow down to him. We, on the other hand, say that if we are going to cast a doubt, we will first cast it about ourselves, with humility and lowliness. Who says that we are entitled to anything?

If I am a mere doubt and lacking – just a half – I am opened to great faith. We feel and know that God is our second half. He give us our sense of existence, certainty, confidence and the ability to triumph. Until this very day, Amalek, Haman and their followers challenge us to attain stronger and deeper faith in God. They challenge us, we rise to the challenge, strengthen our faith and erase our doubts – the Amalek in our hearts. We defeat Haman and celebrate Purim with the sureness of confidence and faith in God. Happy Purim!

Photo by Mark Fletcher-Brown on Unsplash