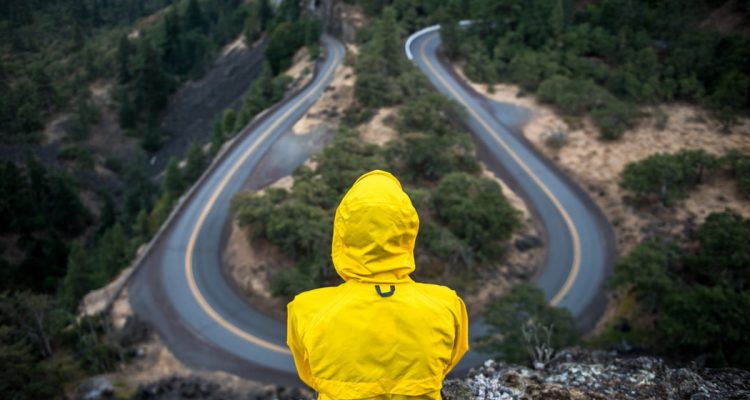 The holiday of Purim, which we celebrate in the month of Adar, is also the ‘end of the story.” The beginning of the Jewish Nation as a nation is the exodus from Egypt, in the first month of the year, Nissan. From the exodus, the entire historical story related in the Bible continues: The giving of the Torah and the Nation of Israel’s entry into the Land of Israel, the era of the Judges, the days of the First Temple and its destruction, until the building of the Second Temple. It is precisely here, at the end point, that the story related in the Scroll of Esther, which we read on Purim, takes place. As the sages put it, “Esther is the end of all the miracles.”[1]

The end, however, returns in circular motion back to the beginning, as our sages say, “Their end is tethered to their beginning.”[2] Until we reached Purim, something very important was missing….our will. At the Exodus from Egypt and the giving of the Torah, it was God Who took action. The events that unfolded came down to earth from on-high and we more or less went along for the ride. Thus, the sages say that at the giving of the Torah at Mount Sinai, God “forced the mountain upon them like a bowl.”[3] Essentially, we had no choice but to accept the Torah. True, we agreed and even said, “We shall do and we shall hear,”[4] but that was after the Divine offer that we could not refuse. How could we decline after God had surrounded us with a cloud of love?

In the Scroll of Esther, on the other hand, God is in hiding. Instead of the high-profile miracles that He performed in Egypt, the Scroll is replete with politics, palace intrigues and suddenly – the Final Solution. This is a great trial. Will the Jews cling to their faith? Or will they attempt to assimilate? This requires self-sacrifice that reveals the Jews’ most inner will. In spite of all the hardship and when all is said and done, we want to be Jews, like Mordechai, the ‘ish Yehudi’ (Jewish man) which equals ratzon (will) in gematriah.

After everything turned about for the best, the Jewish response was to add mitzvahs – all the mitzvahs of Purim – and this time, with our complete will. As the sages put it, “They returned and accepted it (the Torah) in the days of Ahashverosh.”[5]  This time, there was no mountain being held over our heads. The Jews accepted the Torah with their complete will. This is where the end of the story goes back to the beginning. After we really want to accept the Torah, we can relive the exodus from Egypt and the giving of the Torah in a new light.

Will in the Crown

Will is the soul-power of the month of Adar. Where is will on the map of our souls? We could think that will is beneath our intellectual powers. If a salesman convinces me to purchase a product, that means that I want it. My intellectual recognition that this product is worthwhile/useful/enjoyable awakens my will, and my will motivates my actions. This can also apply to spiritual matters. For example, I heard a wonderful class on Shabbat, so I want to keep Shabbat.

The source of our will, however, is much higher, way above the intellect. It is in the Crown of the soul. This is the reason that sometimes, we may want something – not because of some information or thought that we had – but because of an inexplicable awakening of strong forceful will. More specifically, we can identify two levels within the lofty will of the Crown: Will that has no apparent reason. It is not clear why we suddenly will this, but upon second thought, we can assume (perhaps with the guidance of a spiritual advisor) that there is some deep-seated reason that motivates us to will this. The highest level is that there is no reason for will. There is truly no intellectual reason why we want certain things. So why do we will them? Because! (In Hebrew, the word for “Because!” is ככה, which is an acronym for ,כתר כל הכתרים the Crown of all Crowns). This lofty will is called “the will of the heart.” It is the will of the heart that longs for God, the source of the self-sacrifice of Purim – the true crown on Queen Esther’s head and on the heads of us all.

How do we know what we want? We encounter this question often. We reach a crossroads, we have to make a decision and we begin to think, “What do I really want?” The Lubavitcher Rebbe would tell people who asked his advice to “contemplate what he really wants.” After we have contemplated upon where our will rely lies, it is time to go for it! This is the best path that we can take.

Our question, however, remains. How are we supposed to know what we really want? After all, we have many conflicting interests inside. What is our true inner will and what is our deceptive, outer will?

Adar comes to answer this question. This is the month in which “cursed is Haman” and “blessed is Mordechai” intertwine. We all have a small Haman-Amalek inside, an evil inclination that seeks our detriment – even if it dons a smiling mask. It is no simple task to find the exact path but in the month of Adar, we have the power to defeat the wicked Haman within and to remain solely with the righteous Mordechai – to find our inner, positively good will.