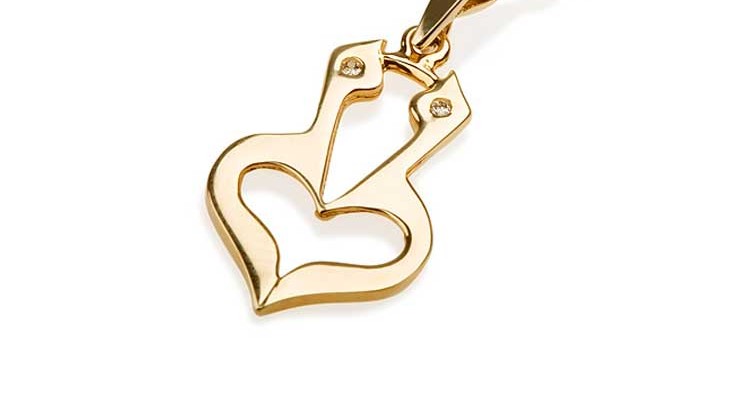 The first day of the month of Av appears in the Torah as the day of passing of Aharon, the High Priest. When Aharon passed away, the entire Nation of Israel cried. But while crying, they were also inspired by Aharon’s positive attributes and way of life. In truth, when a tzaddik leaves the world, he does not completely disappear. The Divine service that he performed in his lifetime illuminates the world more in his present state than when he was alive. His soul is liberated of the limitations of the body.

What was Aharon’s special attribute? He “loves peace and pursues peace, loves the creations and brings them close to the Torah.”[1] Until this very day, each of Aharon’s descendants, the Priests, bless Israel with the blessing, “…Who has sanctified us and commanded us to bless His Nation, Israel, with love.” The loving persona of Aharon the High Priest accompanies us from the beginning of the month of Av and promises us: After all the hardships that have passed upon you, know that everything stems from love. In Hebrew, the letters of the month of Av (אב ) are the main letters in the root for ‘love’ (אהב – ahav).

The next date in the month of Av that is connected to the root for love (ahav) is the fifth of Av (ה אב ), which also spells ahav. The fifth of Av is the day of passing of the holy Ari, Rabbi Yitzchak Luria, who is considered the greatest of the Kabbalists. The Ari teaches the deepest Torah secrets. There, in the concealed dimension, beyond the revealed world, it is possible to see God’s hidden good in even the most difficult events – unconditional love.

For close to 2000 years, we have been fasting and mourning on Tisha B’Av, the day that we commemorate the destruction of both Temples in Jerusalem. Tisha B’Av is also the day of the Sin of the Spies, the destruction of Beitar and other national calamities – until our own times. Where is the love in all of this?

The sages relate that when the Temple was destroyed, the enemy entered the Holy of Holies and found the Ark of the Covenant – and above it- the two cherubs, male and female, embracing. The enemy showed this to everyone, mocking Israel, saying, “Look what the Jews have in their Temple…”

The cherubs were a symbol of the connection between God and Israel. When Israel sinned, the cherubs would be back-to-back. How then, at the moment of the destruction of the Temple, when God’s anger was upon Israel because of its sins, were the cherubs in a face-to-face embrace?

Chassidic thought provides us with a deep explanation: When a man and woman have to part – at the moment of parting – their great love for each other is aroused. This is why Jewish law maintains that a man has to “remember his wife” (engage in marital relations) before he sets out on a journey. This is also what God said: We are now setting out on a very long journey, of many generations of destruction and exile. Now, at the moment of departure, know that I love you endlessly. This is our parting embrace, for now. Even when, from an external viewpoint, God’s severe decree upon Israel has materialized – great love pulsates beneath the surface.

This secret connection, literally at the time of destruction, immediately bears fruit: the soul of the Mashiach is born on Tisha B’Av (as in the description of the future World to Come, when pregnancy and birth will take place simultaneously). From the deepest, lowest point, new growth begins.

The love of Tisha B’Av is concealed, for the meantime. But from that concealed place, love begins to be revealed in the world. Immediately after the fast of Tisha B’Av, in the evening prayers, we make the blessing on the new moon with joy – and a feeling of sweetness permeates the air.

The moon continues to play a leading role in Av. The day that it is full, the 15th of Av, is one of the most joyous days of the year. “There were no days as good for Israel as the 15th of Av.[2]” This is a day of matchmaking, when everyone finds his or her marriage partner and soul mate. This is the holiday of beautiful love between husband and wife and  the wondrous love between God, the groom, and Israel, the bride. It is the day that all Israel’s sins are forgiven (In Hebrew, the root of ‘forgive’ is machal) and they break into a dance  (machol, same root as ‘machal, forgive’) of love for God.